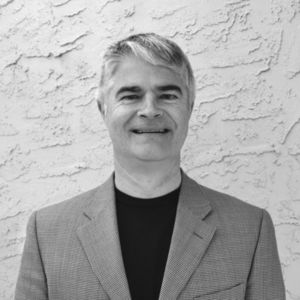 Reverent and vibrant, Dan MacIsaac's debut poetry collection Cries from the Ark (Brick Books) has been praised as "carnal and joyous", with fellow writers declaring "Not since Eric Ormsby’s Araby have I read a book so empathic and so glossarily rich" (Sharon McCartney).

Unlike the inward-focused perspective of many debuts, MacIsaac's viewpoint is turned steadily outward, to the natural world, and his collection is as packed with sloths and auks as it is with arresting metaphors and moments of clarity.

A strong debut like MacIsaac's is always reason for excitement, and we're especially excited to announce that he is Open Book's December 2017 writer-in-residence.

We're introducing him today via our WAR Series: Writers as Readers. Here and through out December, don't miss the chance to get to know an exciting new Canadian poet!

Dan tells us about how his first formative read was as outdoorsy as he is, about definitely not stealing Leonard Cohen collections from school, and an extremely memorable and literally bloody reading of Macbeth.

The WAR Series: Writers as Readers, with Dan MacIsaac

In prose, Jack London’s The Call of the Wild. That call was hard to resist. In my 20’s, I explored the Yukon for real as a dirt-bagger and a prospector.

When a book is acutely tragic or sorrowful or vicious, I will feel stunned, not sad or bereft. Harrowing scenes from Oliver Twist by Charles Dickens as read by Philip Collins had that effect on me. While at university, I attended a reading by Mr. Collins, author of Dickens and Crime, who gave a passionate rendition of Dickens’ own reenactment of the murder of Nancy and the death of the housebreaker Bill Sikes. The audience—and Philip Collins himself—were shocked speechless by the end of the reenactment.

Of course, a poignant line of poetry or a lyrical passage of prose can bring a tear to the eye but that is a different kind of crying.

The first adult poetry collection I read was Leonard Cohen’s Parasites of Heaven. I’d been sent down the hill by my Grade 12 teacher, Jack Hodgins, to the Book Store on Bastion Street, trusted to pick up replacement titles for Cohen’s poetry volumes which were constantly disappearing for good from the school library. But I deny all accusations of theft. And I did not receive any recall notices. Yes, my copy of Parasites has a Nanaimo District Senior Secondary stamp on it. But I bought mine used. Or my sister took it.

So many prose books to choose from, especially in CanLit. Recently, I re-read How to be a Canadian by brothers Will Ferguson and Ian Ferguson. High-brow and low-brow. High-bro and low-bro. Groaner puns. Hyperbolic history riffs. Screwball satire. In-jokes. Frat cracks. It’s all here.

In poetry, When We Were Young by A.A.Milne, still makes me chuckle. “The King’s Breakfast” and “The Four Friends” are particularly favourites because my mother used to recite them with great zest to her brood of six when we were young.

As an older child, I re-read Kipling’s The Jungle Book and L.M. Montgomery’s Anne of Green Gables many times over. As an adult, my go-to books have been Shakespeare’s tragedies, especially Romeo and Juliet and Macbeth. My most memorable re-reading of Macbeth was a full-length, out loud delivery in a brushed-out helicopter pad in the remote bush. A line-cutter had driven an axe into the meat of his leg. My aim was to distract him while he was waiting for pickup at the end of the day (back then, radios weren’t issued to bush whackers). My pal had quite a gash and the blackflies were in a blood-frenzy.  But all the mayhem in the Scottish play helped keep his mind off his own wound.

Finnegans Wake by James Joyce. I’ve scaled the rest of the Joyce range but haven’t tackled this peak yet. From the excerpts I’ve sampled, I figure I’ll need a big block of time—as if training to climb Everest without oxygen.

EarleBirney’s collection of selected poems, Ghost in the Wheels, has been an early and significant influence because Birney writes precisely in praise of the Canadian terrain as well as the grandeur of Earth. But he is no misanthrope. He loves culture, justice and eros. Flaunting a wild spirit, Birney does not hesitate to use a variety of methods and forms—both traditional and cutting-edge. His daring and discipline are qualities I am aiming for in my poetry.

Return to Erebus by Julia McCarthy. The beauty of the work is unrelenting. Every meditation informs and inspires. These poems have you truly inhabit different worlds.

Seamus Heaney’s translation of Aeneid Book VI. It is on the top of the teetering stack beside my bed. The lines I’ve scanned thus far indicate a masterful translation, like the Nobel laureate’s Beowulf. Heaney’s version of Virgil’s underworld is sure to be deft and trigger vivid dreams.

Raised on Vancouver Island, Dan MacIsaac is a third-generation lawyer and served for ten years as a director on the board of the Environmental Law Centre at the University of Victoria. His poetry, verse translations, and fiction have appeared in a wide variety of literary journals and magazines. One of his stories was short-listed for the 2009 CBC Literary Awards, one of his poems received the 2014 Foley Prize from America Magazine, and another poem was short-listed for the 2015 Walrus Poetry Prize. He lives in Victoria. Cries from the Ark is his first poetry collection.

Cries from the Ark

Humankind, at present, has breached floodgates that have only been breached before in ancient stories of angry gods, or so far back on geologic and biological timelines as to seem more past than past. Against this catastrophic backdrop (at the end of consolations, at the high-water mark), and equipped with a periscopic eye and a sublime metaphorical reach, poet Dan MacIsaac has crowded his debut vessel with sloths and auks, mummified remains and bumbling explorers, German expressionists and Neolithic cave-painters.

With the predominant “I” of so many poetic debuts almost entirely absent, Cries from the Ark is catalogue and cartography of our common mortal—and moral—lot.