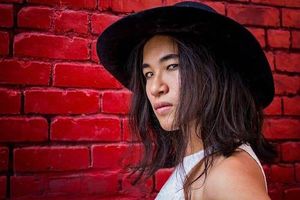 Today in Vancouver, the Writers’ Trust of Canada announced that Kai Cheng Thom is the winner of the 2017 Dayne Ogilvie Prize for LGBTQ Emerging Writers. The $4,000 prize, unique in its focus on rewarding excellence in the LGBTQ writing community, is presented annually.

Awarded to an emerging writer who belongs to the lesbian, gay, bisexual, transgender, or queer community, it is a body of work award, where all of a writer's publications are taken into consideration and a writer who shows exceptional and noteworthy literary promise is chosen.

Thom's win was announced at a ceremony in Vancouver hosted by Leah Horlick, the 2016 winner of the Dayne Ogilvie Prize.

Kai Cheng Thom is a writer, performance artist, and psychotherapist. She has been widely published as an essayist and poet, and is currently a feature writer at Everyday Feminism. The author of the poetry collection A Place Called No Homeland and the novel Fierce Femmes and Notorious Liars, Thom lives in Toronto.

"Kai Cheng Thom’s Fierce Femmes and Notorious Liars is a delicious and fabulist refashioning of a trans memoir as fiction. It is a cacophonous coming-of-age story and a genre-breaking refusal of the idea that the only stories trans people have to tell are their autobiographies. Her poems in A Place Called No Homeland are jelly-tender, tough as knives. They ride the borderland into and through trauma, relationships, love, and power, and carry us out deepened and changed over to the other side. Thom’s work is sheer joyful exuberance, creativity, and talent."

The jurors also selected two finalists, Ali Blythe and Eva Crocker, in recognition of the excellence of both writers' work to date.

2017 marks the 11th anniversary of the prize, which was established in 2007 by Robin Pacific to honour her late friend, Dayne Ogilvie, a respected writer, editor, and literary manager. Past winners include acclaimed authors such as Farzana Doctor, Zoe Whittall, and Michael V. Smith

Congratulations to Kai Cheng Thom as well as Ali Blythe and Eva Crocker!