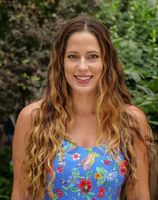 Children of the pharoah's royal physician, Sesha and Ky, are left to fend for themselves on the streets of Ancient Egypt after losing their parents in a sudden tragedy. When they are found and brought back to the palace, the pharoah surprises Sesha with a very important job: locating a rare medical document their father was transcribing before his death. In her search for the priceless item, Sesha must wrestle with questions about her parents' demise as well as the palace's questionable motives. Just how much do they know, and why do they want this papyrus so badly?

The first book in her brand-new Secrets of the Sands series, Alisha Sevigny's The Lost Scroll of the Physician (Dundurn) is an exhilarating page-turner that will have middle-grade readers hooked. Featuring accurate historical detail alongside a gripping narrative, Sevigny brings us into the world of Ancient Egyptian life while crafting a tale of intrigue and suspense with all the requisite twists and turns.

Today, we're excited to feature an excerpt from The Lost Scroll of the Physician, available later this month from Dundurn Press.

Excerpt from Secrets of the Sands: The Lost Scroll of the Physician:

THE COBRA HISSES IN STRIKE POSITION, forked tongue flickering, hood flared wide. Its icy, flat stare remains unbroken except for the vertical blink of its eyes. My fingers move up and down the long wooden reed, covering some holes and releasing others, as the notes float up and up. Gaze locked with mine, the snake slowly undulates from side to side and my body relaxes a fraction as our spirits entwine. A crowd has formed.

This is what I want.

Vendors walk toward the spectacle, attention drawn. People point and laugh, momentarily distracted from the oppressive heat of midday as they move in closer for the show. My eyes don’t leave the snake’s, but I know Ky is weaving through the carts, lifting a plum here, palming a fig there, taking whatever is most easily on offer. Hopefully he’ll find some bread, maybe some nuts and fruits, though there hasn’t been much variety of late. My ears strain for shouts, an exclamation of “thief!” over a rumbling stomach, but the crowd is as mesmerized as the serpent.

Snake charming is not common knowledge here. My father taught me the art, just as he taught me to read and write, also not so common — especially for a girl. But he believed that learning and knowledge bestow power on their possessor. Unfortunately, all his knowledge and power were not enough to keep him and my mother from being killed.

Pain blooms raw and fresh, as if the cobra has struck my heart. Has it only been one moon since they were stolen from us?

I need to focus or the snake’s Ka will break with mine. Then I will not be so safe. Though safety is mostly an illusion, I think.

Higher and higher, the snake rises in the air, out of the basket woven with grasses picked from the banks of the Nile by my own hands. Ky’s and mine. His are much faster. I pray to Amun they are fast now and try not to think what will happen if they are not. A fruit vendor, bald and fat, clothes stained with the juices of his wares, thrusts a finger in my direction and jeers.

“The snake is drugged. See how slow it moves.”

I do not stop playing to tell him the snake is moving slow because it is entranced. Also, the heat of this day would make any creature sluggish. My heckler himself is sweating, a hairy, meaty arm coming across his dripping brow. Others begin to murmur, debating the state of the cobra’s consciousness, attention wavering.

I move the reed in dizzying circles, notes coming faster. The snake follows the instrument, not taking its eyes from the wand, regarding it as a predator. It does not matter what tune I play, as the reptile can sense the sounds but not the individual notes. Those are for the audience, and so I try to make them as pleasing as possible. Unlike the fat man, I do not want my clothes splattered with rotten fruit.

There is a noise at the back of the crowd. My body tenses. A dog barks, then barks again. Time slows as the fat man turns, upper body twisting as he cranes neck over shoulder, double chin coming last, pointing in the direction of the commotion.

But Amun must be sleeping because there is my brother, scrawny arm held tight in the grip of an angry woman, dark hair frizzing around her shoulders like pregnant storm clouds. She is yelling and my brother’s face is pinched and scared.

My foot shoots out, kicking the basket over. Screams erupt from the crowd as Apep goes slithering off in search of cooler and calmer surroundings. The flash of regret at the hours of now-wasted training is quickly replaced by an intense fear that my brother could possibly lose the arm the woman is clutching.

Running through the panicked crowd, Ky and the screeching woman disappear in the churning masses. Frantic, I whirl in all directions, desperately trying to catch a glimpse of the pair.

A dog barks again and I look in its direction, eyes landing on the fat man.

“Don’t let him go!” he shouts, enraged. Following his gaze, I see the woman with my brother.

“If you were not so lazy and distracted, thieves could not steal so easily!” she yells back. I realize she is my heckler’s wife. He thunders toward them, one hand on the large knife at his side, sun glinting off the deadly blade. For a fat man he is quick as a crocodile, with a grin twice as evil. I dart under arms and around unwashed bodies, coughing on dust kicked up by sweaty feet.

“Release him,” I say. The woman sneers at me in perfect imitation of her husband, who is only seconds from reaching us.

“I don’t think so.” Her lips twist in a cruel smile as her nails dig deeper into Ky’s arm, making him cry out. “He is going to pay for what he took.”

“He has nothing.” I pray she will not lift his tunic where the cloth sack is tied around his skinny waist. The fat man is almost upon us, knife gripped low. My mind races for a way out and comes up with nothing. I cannot leave Ky.

Then the dog is there, growling deep in its throat. It stares menacingly at the woman.

She takes a step back, unsure, pulling Ky with her. “Call off your dog.”

And then the man is also there, lunging for me. I go boneless like Apep, and slip through his hands. He lets out a roar, rotten breath enveloping me as he fumbles for the knife. Reaching my brother, I grab his arm and pull with all my strength in the opposite direction. The man is on his knees, scrambling for his knife in the dirt. Tugging harder, I yell again at the woman to let go. She will not. She is too strong.

The dog lunges forward, jumping up on her front, teeth snapping. She screams, hands coming up to protect her face, releasing Ky so suddenly that I stumble backward and we fall hard to the ground. But only for a second.

Jumping to his feet, Ky extends a crescent-marked arm to help me up. We race through the market, dodging around stalls and people too preoccupied with their own lives and the possibility of a snake underfoot to pay much attention.

I hear both the man and the woman shout behind us, but we are lightning, darting into shadows that even the sun’s rays cannot dispel. When at last we are sure of our safety, we stop, hands on knees, breath coming fast and hard, tracks of sweat running down our dusty faces. It is several minutes before we speak.

“I’m sorry, Sesha,” Ky says, distress in his dark brown eyes. “My hunger made me careless.”

“Do not apologize for being hungry, little brother.” I ruffle his brown hair, curly like our father’s was. He brightens.

“Look.” Untying the cloth satchel at his waist, he lets the tattered sack fall to the ground. Out rolls a fig, some grapes, a few berries, and one overripe plum, conjuring with it the smell of the man’s decaying teeth. My stomach turns.

“Are you sure?” Picking up the fig, he has it in his mouth before I can nod. He needs it more than I. Noting the dark circles under his eyes and the pallor of his face under skin coloured by the sun, I gesture to him to sit as we lean back against a pitted wall behind one of the temples.

“Apep?” he says between ravenous bites, juice dribbling down his chin.

“Gone,” I say, and he lowers his eyes. “Back to the riverbank where she’ll be much happier.”

“But … all the time we spent with her …” There’s a slight tremor in his voice.

“I can find another snake.” I pat his back and smile to let him know I’m not upset. “Another brother may not prove to be so easy.”

He holds out some bruised grapes. “Have some, Sesha, they are delicious.”

I oblige, knowing he will not relent until I eat something. We finish the food together, leaving only the mushy plum, which Ky pockets. A rustling sound to our left has us on our feet, heads swivelling in its direction. The dog from the market trots around the corner and we relax, slumping back against the wall. It walks up to Ky and licks his face, making him giggle. It nudges me next with a wet nose and I scratch its pointy ears. There’s a chunk missing from the left one, an old injury leaving the skin soft and smooth.

“Do you know this dog?” I ask, curious as to where it came from.

“He saved us,” my brother says, laying his head on the lean torso. “He is ours now.”

“Just what we need.” I sigh. “Another mouth to feed.” The dog barks and a hind leg comes up to scratch vigorously behind his torn ear. “And fleas.”

Excerpt from Lost Scroll of the Physician by Alisha Sevigny © 2020. All rights reserved. Published by Dundurn Press Limited.

Alisha Sevigny is the author of the acclaimed YA novels Summer Constellations and Kissing Frogs. The Lost Scroll of the Physician is the first book in the Secrets of the Sands series. Alisha lives in Toronto.

Secrets of the Sands: The Lost Scroll of the Physician

After a brutal fire takes their parents’ lives, Sesha and Ky, children of the pharaoh’s
royal physician, are left charming snakes and stealing food to survive. Unsure of who
to trust, the pair are found and brought back to the palace, where the pharaoh tasks
Sesha with finding a rare medical document her father was transcribing. But are the
royals hiding something?
Befriended by a fellow scribe and a young princess, Sesha navigates palace intrigue
and temple treachery while urgently seeking the valuable papyrus. For the scroll
doesn’t just have the power to keep the pharaoh’s army alive and reveal the secrets
around her parents’ death — it may be the only thing that can save Ky’s life.