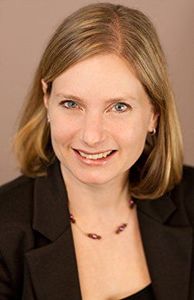 Isaac is just like any other teen - falling in love for the first time, hanging out with his best pal, and trying to get through his last year of high school. Except for his one big secret: his parents operate an illegal grow-op. Oh, and his best pal is a bear who guards the property. And the girl he's fallen in love with? She just happens to be the daughter of a cop.

Isaac's wild life, so seemingly normal from the outside, is the rich fodder for Tanya Lloyd Kyi's Prince of Pot (Groundwood Books). If things weren't complicated enough for him, his new girlfriend Sam is trying to convince him to pursue his art and cut ties with his family. Everything comes to a tumultuous head on graduation night when a decision of Sam's ends up putting everything Isaac holds dear in jeopardy.

We're thrilled to have Tanya, who has written more than twenty books for young readers, on Open Book today as part of our Lucky Seven series. She tells us about the bears who inspired Isaac's best friend, what her experience of writing fiction was like after years of non-fiction work, and why the best books break your heart.

From kindergarten until grade two, I lived in Crawford Bay, a tiny town on Kootenay Lake. There was an open dump a few kilometers from our house, so there were often habituated bears in our yard – black bears and cinnamon bears. I still haven’t quite forgiven the one that broke my swing set and left a big pile of poop beside my slide!

When I heard a news story a few years ago, about a grow-op with two dozen habituated bears helping to guard the property, I remembered of all those creatures that used to saunter past our home. And I wondered what life would be like for the man on that isolated grow-op. Suddenly, I thought: “what if that was your dad?” And Prince of Pot was born.

Well, there’s the whole pot question. I don’t directly address whether smoking pot is a good thing or a bad thing, but I do have characters with different points of view on the matter. There’s someone who uses medicinally, someone who uses to escape, a man who feels strongly that teens shouldn’t touch the stuff, and a teen who can’t get through his days without it.

For me, though, pot was a side issue. I was interested more in what makes a good family. Though my main character’s backwoods life is decidedly strange, his mom and dad love him unconditionally. My characters with more traditional families aren’t necessarily as supported or understood by their parents.

It took forever! I’m used to writing children’s non-fiction, which goes smoothly from outline to contract to finished manuscript. Fiction takes so much more meandering and revising, exploring and cutting. Isaac was born in my head more than five years ago, and he’s only now entered the real world. But I couldn’t be more pleased with how he’s turned out.

All I need to write is alone time and coffee. But while coffee’s fairly easy to come by, alone time is tricky!

If I get stuck, it’s usually because I’m too focused on plot points and forward progress. If I leave the computer behind for a few days and give myself time to explore with a pen and a notebook – maybe even a few writing prompts – I can usually rediscover my mojo.

When I reach the final page and I’m heartbroken, because that character has become my best friend and I don’t ever want to move away – that’s when I know I’ve read something great. Years ago when I finished the third book in Sandra Gulland’s Josephine B. trilogy, my husband came home to find me sobbing, masses of tissue strewn around me. He thought someone had died. (And she had, I suppose. In 1814.)

I’ve been writing a children’s science book about how anxiety and stress affect the brain, and a middle-grade novel about a girl campaigning for her own cell phone. Which, for the sake of my thirteen-year-old daughter, I will say is not at all based on real life. Nope. Certainly not.

Tanya Lloyd Kyi is the author of more than twenty books for young readers, including Eyes and Spies and Anywhere but Here. She spent several childhood years in Crawford Bay near Isaac’s imaginary home, and while she didn’t live on a grow-op, there were plenty of habituated bears around. She has yet to forgive the one that wrecked her swing set. Tanya now lives in Vancouver with her husband and two children.

Isaac loves art class, drives an old pickup, argues with his father and hangs out with his best buddy, Hazel. But his life is anything but normal. His parents operate an illegal marijuana grow-op, Hazel is a bear that guards the property, and his family’s livelihood is a deep secret.

It’s no time to fall in love with the daughter of a cop.

Isaac’s girlfriend Sam is unpredictable, ambitious and needy. And as his final year of high school comes to an end, she makes him consider a new kind of life pursuing his interest in art, even if that means leaving behind his beloved home in the Rockies and severing all ties with his family.

For a while he hopes he can have it all, until a disastrous graduation night, when Sam’s desperate grab for her father’s attention suddenly puts his entire family at risk.