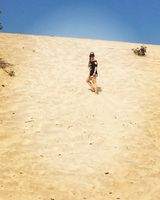 If you’ve been reading my other posts you’ve probably noticed that my upcoming book THE LOST SCROLL OF THE PHYSICIAN is set in Ancient Egypt. The Second Intermediate Period, to be precise. Unfortunately, “precise” is a difficult thing to be when writing about Ancient Egypt. For those who need a quick refresh, The Second Intermediate Period was a time (approx. 1650-1550 BCE, depending on which Egyptologist you ask), that came between the classical Middle Kingdom and the even more epic New Kingdom. So, we’re talking a hundred-year blip in Egypt’s very lengthy ancient history, about 1,600 years before Cleopatra and approximately 1,000 years after the first pyramid was built.

Little was known about the SIP and it was previously considered a “dark era” when Egypt fell into the hands of the Hyksos (rulers of foreign lands), who invaded the country and, because of their status as “foreigners” were cast in the light of marauding villains. Though the Hyksos were a warrior people, new research suggests that they did not invade Egypt in a brutal way, but rather settled there naturally, as merchants and through marriage, eventually gaining some power and establishing their own dynasty. They co-existed for a while (with varying degrees of success) with the dynasties at Thebes who were perhaps weakened by things like famine or plague. Again, no one’s one hundred percent sure. Which, my friends, can be downright maddening if you’re obsessed with getting the details right. 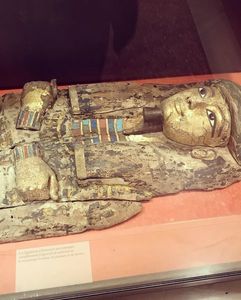 I spent months agonizing over every little word during the book’s editing process, not only about each one’s literary merit but also about its historical accuracy. My opening scene involved tomatoes. Turns out they didn’t have tomatoes at that time. Coconut oil? Not sure, the nobility had it by the New Kingdom, but as no coconut oils were found before then, can’t really say with certainty. Ra, one of their most important gods (they are many) traveled by boat in this period, not a chariot as in later times, over Kemet (the “black land”, the name of their home. Egyptians also did not call themselves Egyptians).

And, as it turns out, the Hyksos were the ones to introduce the chariot and horse to the area, along with several other advancements in weapons, which ultimately led to them being conquered and kicked out of their new home, a historic event considered to have "heralded in" the impressive era of the New Kingdom. *Fun fact, aside from being difficult to spell, the word Pharaoh is Greek, like many of our words about Egypt, and comes from per a-a, meaning Great House, which encompassed the King and where he lived. Egyptians also called their kings "King" for most of their history, not Pharaoh – that didn’t kick in until the New Kingdom, again a period lasting approx. 1600 years, ending with Cleopatra and her unfortunate snake bite). But I digress.

Although I may have been driven slightly insane by all this fact-checking, there is no doubt it makes the book stronger. It is these details, that draw the reader into your world. So, whether you’re writing about an obscure time in history where no one really knows anything for absolute certain or even just setting your story in a different country, it is very important to do your research and to get it as right as you possibly can.

My other two published books were contemporary novels so there wasn’t the same level of fact-checking. However, KISSING FROGS is set in Panama and incorporates some of the country’s local customs and folklore. I wrote the book while living there and did/experienced pretty much everything that happens in the book. I also had friends double check that appropriate Spanish was used.

SUMMER CONSTELLATIONS was much easier as it’s set in a campground and that was our life growing up. So though the old adage, write what you know, is a sound one, don’t let that stop you from learning, or researching, or imagining, particularly if you write sci-fi/fantasy. (It’s probably safe to assume JK Rowling isn’t an actual wizard, but we wouldn't have Harry Potter if she only wrote what she knew). For writers of historical fiction: always check your sources. Are they legit? Try to have a variety of them. I spoke to several Egyptologists, as well had one of them get me into the Royal Ontario Museum's private stacks and I‘m going to Egypt in the fall!

Also, recognize that everyone comes with their own inherent biases and views the world through their individual lenses made up of many sociological factors. Once you become aware of your own lens (through which you view the world) and ensure that it is filtered with a sense of love, compassion and respect, don’t let that fear of how pomegranates were eaten 2500 years ago hold you back from writing that scene. Save the nitty-gritty fact-checking of details for your edits and give yourself a little space to breathe and create.