Feminist revisionist mythologies represent a vibrant stream in mid-to-late 20th- and 21st-century poetry. I’m thinking of Muriel Rukeyser’s Orpheus; Carol Ann Duffy’s The World’s Wife and Feminine Gospels; Marie Howe’s (Mary) Magdelene; and Sue Goyette’s Penelope, to name just a few. In 2019, the reimagining of myths and grand narratives from the muffled, feminine “other” points of view they once talked over is common enough, but still refreshing. There are so many deceits still to unravel.

A little under 50 years ago, in 1972, American poet Adrienne Rich published an essay titled "When We Dead Awaken: Writing as Re-Vision" in College English. It was later included in her 1979 book of selected prose, On Lies, Secrets and Silence. Very much of its time—the consciousness-raising 1960s and ‘70s—the essay is now a modern classic of feminist literary theory. It uses as its springboard the last play written by Henrik Ibsen,“When We Dead Awaken”, from 1899. It is a play, Rich writes, about “the use that the male artist and thinker … has made of women … and about a woman's slow struggling awakening to the use to which her life has been put.” 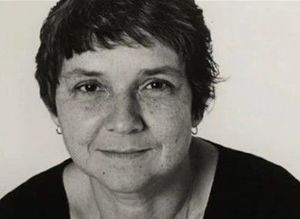 In a graduate course I am taking, I am reimagining Miriam, the sister of Moses, allowing her to challenge the short shrift she is given in the biblical narrative alongside the stellar story of her younger brother. I am doing my research, as required by the course, and after that I have no qualms. I feel entitled to speak, to experimentally revise an old patriarchal myth. How did I get here? Is it just my age and life experience that affords me this boldness? Or is it something in the air? The feminist voices that came before, maybe, bolstering me?

“It's exhilarating,” Rich writes in her essay, “to be alive in a time of awakening consciousness [1972]; it can also be confusing, disorienting, and painful. This awakening of dead or sleeping consciousness has already affected the lives of millions of women, even those who don't know it yet. It is also affecting the lives of men, even those who deny its claims upon them.”

I believe that we, as a society, are still riding that wave of awakening consciousness. Think about the hot topic of Marie Kondo’s tidying method and the unexpected talk around emotional labour that has grown out of it. How far are we, really, from the two-bit parts played by women in previous centuries in the stories of their own lives and families? Scratch the surface, and women are crying on a Netflix series about the shame they feel about their messy houses and how they are failing their children.

“Until we can understand the assumptions in which we are drenched we cannot know ourselves. And this drive to self-knowledge, for woman, is more than a search for identity: it is part of her refusal of the self-destructiveness of male-dominated society.”

In my own recent book of poetry, Reunion, I take the script of my childhood—aka, a 1970s play in which girls are born to servitude and silence (yes really, I was there)—and rewrite it, giving myself all the good lines, even taking control of the bad ones.

“Re-vision,” Rich writes, “the act of looking back, of seeing with fresh eyes, of entering an old text from a new critical direction—is for us more than a chapter in cultural history: it is an act of survival.”

Despite having discovered Rich’s essay only recently, her words resonate with me; I have been thinking them for a long time. Yes, I respond to her, Reunion is the story of my survival. Obviously, as a daughter of the feminism of the ‘60s and ‘70s (though not of a feminist), I somehow internalized the idea that I am entitled to finally speak truth to the powers that threatened me. Better late than never.

At one point in her essay, Rich writes something I find remarkable: “I have hesitated to do what I am going to do now, which is to use myself as an illustration.” Even in her own essay about the awakening of the feminine consciousness, she apologizes for speaking of herself, for using the shameful, pathetic “I”.

In writing the poems of Reunion, I can honestly say that, for the first time, I was not self-consciously editing myself against the imagined judgment of the Male Reader—except in one poem. In “Girl at Home,” a poem about the psychological fear-legacy of childhood sexual abuse, I paused at a particularly painful juncture, feeling the acute shame of speaking, and addressed the reader, whom I admit I imagined, at that moment, as male. I felt compelled to write:

You’ve heard this before,
dear reader? This old complaint?

Perhaps
you should leave us then.

As I was saying.

It’s snotty, but still founded in and tangled in apology. “Forgive me—I mean f--k you—but I am going to say something here about female trauma, and I expect you will find it tedious,” went the monologue in my head. It was the misogynist ghost of the male gaze that I was confronting in that writing moment, and saying “I don’t value your opinion” was cathartic.

I loosely recall, once, as an undergraduate, bringing a poem—something painful about being a woman—to my third-year poetry workshop at McGill, and the professor making a side-mouth comment to the effect that such topics had been done already, hadn’t they? Under the sting I thought to myself, No, I don’t think they have been done nearly enough; while a male classmate began to read his latest poem barbed with “stony crags” and “fetid loam”, both of which I thought probably had been done quite a bit already, but hey, power to him. The point is that, just as I opened my mouth to speak, the rag was, by a male authority figure, stuffed back in.

Rich writes about struggling to find her footing as a poet in her twenties while also becoming a mother to three children: “But to be a female human being trying to fulfill traditional female functions in a traditional way is in direct conflict with the subversive function of the imagination.” Eventually, she found her footing: “I was able to write, for the first time, directly about experiencing myself as a woman. The poem was jotted in fragments during children's naps, brief hours in a library, or at 3 a.m. after rising with a wakeful child.”

That was me in the mid-90s in Halifax, with my own toddler and new baby. The following, again, is Rich, though it could be me:

“I began to feel that my fragments and scraps had a common consciousness and a common theme, one which I would have been very unwilling to put on paper at an earlier time because I had been taught that poetry should be "universal," which meant, of course, non-female…. Until then I had tried very much not to identify myself as a female poet.”

I published my first book of poems under the name “D. Young” in a deliberate attempt to hide the fact that I was female—despite the author photo on the back cover clearly revealing the truth. “Downplay” is the word, then; I wanted to downplay the fact that I was female while presuming to write poetry. This was 1984, 12 years after Rich’s essay, which I knew nothing about. Its affirming, validating, corroborating feminist ethos had not yet reached me in the English Department at McGill, but something, a breath, the possibility of re-vision, was in the air.

Oh how I would have cherished hearing Rich’s words then. Even hearing them now, all these years later, is a blessing.