It’s that time of year again, when students return to school, the leaves change colour, and Fall Book Season begins.

The brilliant Sarah Selecky has already written this excellent antidote to those icky feelings that can arise for writers when this juggernaut of literary promotion gets rolling, so I’m going to focus instead on that other nucleus of discomfort for so many of us (especially introverts like myself): the gatherings.

Parties can be scary places. Hobnobbing is hard. And because we spend so much of our social time online these days, it can be extra-intimidating to attend an actual event with actual human beings. Most of us would rather be holed up at home with our trusty notebook or computer, scribbling or typing away, consuming an entire jar of commercially produced queso and feeling absolutely zero regret about it. 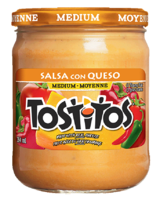 It’s possible that the last part only applies to me. Or perhaps not…?

In any case, most of us are at least somewhat shy and awkward, and parties make us nervous.

But sometimes schmoozing (or its gentler cousin, networking) is necessary. And potentially even fun! Here are a few tips I’ve gleaned over the years for navigating the often choppy waters of literary shindigs…

My first recommendation is to go with a friend, but sometimes that’s not possible. And even if it is, you might get separated at some point. So this advice is primarily directed at The Solo Schmoozer.

I really hate the word “schmooze,” though. It implies insincerity. And being genuine is really the only way to go.

1) Whether or not you have to pee, before you enter the room (or even the building) where the fête is happening, find yourself a washroom to hide out in. Take a few moments alone in there to compose yourself, take some deep breaths, and check your teeth and nostrils for anything extraneous. You might as well go pee also. Before you leave, give yourself an overly dramatic wink in the mirror and say, “Lookin’ good.”

2) Once you enter the room, if at all possible, head straight for the bar. Get yourself a beverage—alcoholic or otherwise—and hold onto it tightly. Sip from your glass occasionally, and get another one when it’s empty (if you choose booze, keep your tolerance in mind and don’t exceed it too much). Your drink is your shield.

3) If you don’t see anyone you know right away, don’t panic. As tempting as it may be, try not to stare at your cellphone to make you appear busy. (Buying a book and flipping through it is totally okay, though.) Look around, attempt a smile, and be open to friendly faces who might glance your way. If you feel comfortable enough to introduce yourself to an equally awkward-appearing solo stranger, go for it. But don't pressure yourself.

4) Keep in mind that probably about 90% of people in the publishing world are fellow introverts, at least secretly. Even the publicists. This is not a scientific fact, only an anecdotal observation, but I’m pretty sure it holds up. I can tell you that on numerous occasions, I’ve formed solid bonds with other publishing people at literary parties by remarking, “Isn’t it funny that we’re all excited to be here, yet we’re also completely terrified?”

5) When/if you begin mingling, focus on one person at a time. Actually pay attention to what they’re telling you. If there’s a lull in your conversation, ask them an easy question such as, “What do you like to do when you’re not at these terrifying literary parties?”

6) Help to connect people who can help each other, if you’re in a position to do so. I’m eternally grateful to the good folks who’ve done this for me.

7) Don’t be a jerk. (I know you won’t be.) Mostly because being kind and polite is just better. But also because the literary community is very small, and acts of jerkiness will inevitably come back to haunt you. Do not approach an editor or publisher at a party and berate them for rejecting you. (This goes double for Word on the Street, where editors and publishers are literally trapped in their booths, blinking in the scorching sun without hope of escape.) And if you’re someone in a position of power over someone else, it should go without saying to never, ever abuse that power. But unfortunately it still needs to be said, over and over again.

8) Not being a jerk is the most important thing. But let’s turn now to the much less significant yet undeniably vexing matter of forgetting people’s names. I myself live in fear of doing this, and I channelled this fear into the following excerpt of my short story “The Plant Lady” in And Also Sharks:

At five-thirty, when everyone else has gone home, she heads to the staff kitchenette to give her mug a rinse, and freezes in the doorway.

The plant lady is in there, standing at the sink and filling her various cans and bottles. She’s facing away from Mandy, and Mandy backs up, slowly. Her first thought is, She’s here. Her second thought is, My God, I’ve forgotten her name again.

She returns to her desk with her dirty mug and holds her hands over her keyboard, then places them in her lap. Cheryl, she thinks. No—not Cheryl. Charlene? Christine? Cassandra? The names cycle through her brain faster and faster, but none of them sticks.

She listens to the water running in the kitchenette, waits for the silence that will signify the tap has been turned off. And there it is, the absence of sound. Until she hears the clanking and sloshing behind her. The clearing of a throat. But she doesn’t turn around or give any sign of acknowledgement. She doesn’t have to, she reasons, because the plant lady hasn’t officially announced her arrival—she hasn’t actually spoken to Mandy yet.

“Haaa,” Mandy breathes, and swivels on her chair to see the plant lady, with her watering cans and her spray bottles and her down-turned mouth. “Hi!”

“Ha,” Mandy says, because nothing else comes to mind. “I was immersed, I guess.”

The plant lady cocks her head, squints at the rows of data on Mandy’s computer screen. “Immersed. That’s a new one.”

“No complaints.” The plant lady looks left and right with a fake-wild expression. “This isn’t the Complaints Department, is it?” She laughs a loud and bitter laugh. “Is there one around here? Because I can’t find it.”

The plant lady’s smile unfolds itself one corner at a time. “Burning the midnight oil again, are we, Mandy?”

Mandy’s eyes dart to the time display on her screen. “It’s only five-forty.”

The plant lady’s arms bristle with long spouts. “You’ve got a point, Mandy. And me just starting. We live parallel lives, you and I. But you know something that bothers me a little bit?”

“I’ll tell you. You see, Mandy, we’re both people, right? We both have lives that we’re living. And we both have names. Now, I know your name, but you don’t know mine. How is that supposed to make me feel? Not very good, is how.”

The plant lady shakes her head slowly back and forth, a metronome of disapproval. “No, Mandy. You’ve got it all wrong.”

Mandy’s phone rings, and she grabs for it. “Hello?”

“Hold on a sec,” she says, giving the plant lady a “What can you do?” shrug and wobbling the handset at her.

“Guess I’d better get watering then,” the plant lady says tonelessly, and moves away. 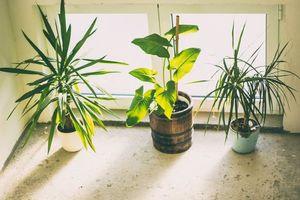 I’ll never forget those times in real life when I’ve forgotten people’s names, and suddenly everything happens in slow motion and I’m sweating and desperately scrambling to correct myself, and afterwards I replay the exchange to myself ad nauseam until I’m a twitching, babbling mess. The thing is, though, it’s really not the end of the world. Most people are sweet and understanding (and anxious about forgetting names themselves), and will graciously absolve you. If you’re still worried, though, a handy trick if you encounter someone whose name you can’t immediately recall is to wait a beat. Simply say hello. Try to relax and focus on what they’re saying, and odds are, their name will soon pop magically into your brain. (If there’s an obligation to introduce them to your companion, that can pose a problem. But ideally you and your companion have slyly agreed ahead of time that if one of you doesn’t introduce the other to someone, the companion should preemptively introduce themselves to save the day.) And if you’ve only met the person once or twice before, it’s perfectly acceptable to admit your embarrassment: “I’m so sorry, I remember that we met before, but your name has just gone out of my head.” I’m quite certain they will forgive you.

And if they don’t, they’re a jerk, so forget about them.