Picture it: 1999. The last months of the last year of an infernal century. David Fiore had completed requirements for his History degree. He took our Romantic Literature class for fun. A gumshoe intellectual, he tramped Montreal's wintry streets, the hem of his black pea coat flapping behind him. Possessing a light, breezy, even slightly louche, manner, it's easy to forget just how fiercely smart and knowledgeable he is. Teachers praised him and once we'd sat down, years later, to conduct this interview, I remembered why.

Undergrad at Concordia over, David set out to self publish a novel that tackled old world Romanticism. Unfortunately, life continued in its decidedly unromantic way. A stint in the States saw him working on a PhD looking at the fan letter pages of old comics as a precursor to the internet (genius!) - this was not to last and David returned to Canada where he published his novel Hypocritic Days with Insomniac. He lives in Toronto now with his partner Elise Moore and they collaborate on a couple of podcasts that cover comic books and movies that involve time travel in the broadest sense. We sat down and talked after Trump won the U.S. election.

Koom: We were talking about The Terminator and you were arguing that in James Cameron's first installment, he suggests a block universe (i.e. the future has already 'happened') and you felt cheated by the second installment because this intriguing principle is violated. T2 suggests that you can 'stop' the future and alter it. Did you think in deep philosophical terms about how time works in the universe of your novel before you wrote it?

David: Regarding my views on Terminator, I wouldn't say I felt cheated so much as I just wanted to remark upon the fact that the storyteller(s) appear to have changed their time travel framework between the first and second installments within the series (while the third film - by different creators - aims to restore some of the "fatalism" of the first movie's perspective, which was rooted in the "block universe" model, while adhering to the changed timeline that emerges from the second entry).

Regarding your question about my own novel, I definitely thought long and hard about the ways in which I wished to deploy time travel within my narrative. It's not that I find one particular approach to the trope to be inherently superior, I just think it's important to make use of a model that will serve the larger thematic aims of the work. In my case, I knew from the start that I would not be considering a block universe/Einsteinian framework, because the book begins with its protagonist discovering that he is living in a "worst-case" alternate timeline (ours) akin to the Biff Uber Alles dimension in Back To The Future II.

Of course, once you've settled on a "multiple timelines"/"time can be changed" model, there are still a potentially infinite number of ways in which to handle the more specific details of the model, and I did my best to come up with one that gave me the best chance to tell a story with real existential stakes for its characters without violating its own internal logic. 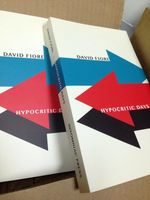 Koom: I see. Do you yourself believe in the existence of multiple timelines? What is your own belief about the nature of time? Are there any writers who handle time travel really well that you like?

David: Oh, I wouldn't say that I have any particular beliefs regarding the nature of time outside of narrative works. If pressed, I'd say that Einsteinian space-time seems fine to me, although I'm open to any new theories physicists want to throw at us. As a non-scientist, I'm willing to give the current consensus the benefit of the doubt on these matters. I've always thought of time travel, alternate timelines, paradoxes, etc. as literary tools, rather than as elements of the cosmos our bodies inhabit, so I've embraced many writers who've taken completely contradictory approaches to the subject over the years.

As a time travel aficionado of sorts, I do have kind of a "purist's" antipathy to narratives which blatantly violate their own conceptual rules, but, aside from that, I am liable to like any approach/model that serves the needs of the story. Some of my favourite uses of the device include David Gerold's The Man Who Folded Himself (which renders a soul-crushing verdict on the perils of solipsism via its doppelganger-effect time travel mechanic), Peter Delacorte's Time on My Hands (an inquiry into American Pop Cultural Politics/History which sidelines the question of alternate realities in favour of a more existential focus on the time traveler/history changer - one of the chief influences on my own novel, although I adopted a rather different chrono-model), and Mark Twain's A Connecticut Yankee In King Arthur's Court (which uses a more fanciful, non-scientific version of the trope in order to indulge in a particularly horrifying set of speculations on the nature of forced progress in human political affairs). Oddly - or perhaps not so oddly - I'm having trouble thinking of a great Terminator-style "time loop" novel (in which everything that happens as part of the time travel story has always already happened), but perhaps this type of tale is better suited to the short story format (i.e. Robert Heinlein's "By His Bootstraps"). 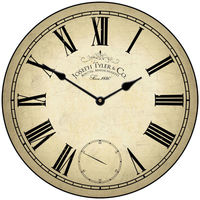 Koom: Since you mention the idea of changing history, how do you view the recent outcome of the US election? Do you see this as a major turning point in American history and if so, how? If you could go back in time and influence it in any way, would you?

David: I most certainly would, if I could. Of course, the problem is to determine how a person would go about doing such a thing. Well, no, the problem is that time travel doesn't exist; but if you (or a politically engaged character you are writing) find yourself in a situation where someone hands you a chrono-displacement device, what's your next step? As a former U.S. History instructor and American history scholar, I probably think about the nuances of that country's political development more than the average Canadian does. Hypocritic Days was first conceived (and is set) in the wake of the 2010 Midterm Elections, which introduced the Tea Party to a disgusted world, and certainly served notice that right-wing populism still had a strong purchase about the Middle American imagination.

Most people who write these kinds of historical interventionist narratives tend to focus on one of the old favourites, like the "kill Hitler" or "Save JFK" plot. However, as a cultural historian who manifestly does not subscribe to the "great man theory of history", I had to find a different approach. The problem is that you soon realize why these "kill/save" tales are so popular - i.e. they give your protagonist something visceral to decide/act upon. The idea that political developments like Richard Nixon, Ronald Reagan, the Tea Party, or Donald Trump are produced by a very complex set of variables which play out over time is all well and good, but what is your time traveler supposed to do, in that case?

My solution to the problem was to zero in on a plausible (to me, anyway) theory about the role of the culture industry in helping to erode the massive gains of the New Deal Era, and then to tie in a freak "butterfly effect" style variable which would have, in retrospect, a very progressive impact upon Cold War America, and a very, very negative impact upon my protagonist (i.e. if he changes this one thing that occurred in 1929, he will no longer be born in the revised timeline - what does he do?)

Koom: That's great. One last question. You're working on a new novel. Does time travel play any role in it? If not, have you been thinking at all about pace, rhythm, narrative order, or any other temporal aspects to your writing that might be interesting?

David: The current novel (Anatomy of a Melancholy Baby) doesn't feature time travel, per se, but it does take place on a distant world that is covered by thick nocturnal mists which trigger mnemic breaks through prolonged exposure. There are also frequent interludes dominated by a "local colour" radio history program that my protagonist listens to. The book is set in the 26th century, but I'm not sure it really fits the "speculative fiction" mold, as it is overwhelmingly retrospective in nature. Memory, personal biography, and social history are probably always going to play key roles in anything that I choose to write - and I guess that says something about my slant on things.