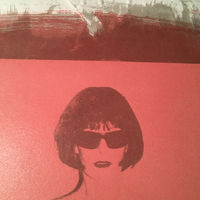 It’s common knowledge that noir finds it origins in hardboiled crime fiction, and readers of this series, 16 Shades of Noir, may think I am playing fast and loose with what is considered to be an almost holy genre, but I thought it would be fun to explore non-traditional forms of noir in modern day writing.

I began this investigative journey when I was working on the edits for my latest book, No Fury Like That, which I realized is probably my darkest book to date.  Which in turn got me thinking, what kind of dark is it? Is it noir? I believe it is, but not in any femme fatale kind of way... although there is a modern-day femme fatale in it and she does exact a most definite revenge on all the people (men), who crossed her path along the way.

Claude Lalumiére (co-editor of New Canadian Noir, Exile Editions) commented: “Noir, to my mind, has never been a genre so much as a tone, an overlay, a mood. It just happens to have been applied more explicitly to crime fiction than to other genres.”

My own personal definition of noir could be ‘that which I don’t want my mother to read’ and I’ve already told her that this book is out of bounds!

To put the writing of this novel in context, I was axed during one of the many cuts at Rogers Media, and after nearly six years of working like a little dervish and obediently bowing to the corporate catechism, I was let go. Fired. There I was, home before lunchtime, and in the middle of a deadline too – “not your problem anymore,” I was told.

So I sat down and wrote a revenge novel. I wrote 89 000 words in twelve days, fuelled by undiluted rage. Then I spent four months rewriting it (being unemployed does have the benefit of freeing up your time!) and I submitted it to Inanna and I was ecstatic when it was accepted by them for publication.

I subsequently moved on to write Rotten Peaches and The Occult Persuasion and the Anarchist’s Solution and then I returned to The Nearly Girl, for another round of self-edits. Following that, my angel of an editor and publisher, Luciana Ricciutelli, and I worked on the book together, so No Fury Like That receded to the back of my mind.

And The Nearly Girl was such a sweet joy of a book to work on – no matter how many times I read it or how much I worked on it, it never failed to lift my spirits! So by the time I picked up No Fury Like That again, my goodness, it was like being asked to take care of a sweet little den of baby cobras!

But I decided to make peace with the darkness of the book and I enjoyed every moment of trying to coax further layers of emotional noir to the story. And, in addition, I’ve thoroughly enjoyed my sidebar journey into the exploration of noir.

I hope you’ll all join me in the spirit in which this is intended – to have some fun with noir! As Cedar Mountain Eagle (a Helper in No Fury Like That) would say: “I encourage you to open your minds to new concepts of noir and darkness!”

And huge thanks to all the contributing writers, it’s been fantastic talking with you! And it goes without saying (but I’ll say it anyway), goddess bless you, Dear Inanna, for making all my writing dreams come true!

See you on Friday for the first post – Domestic Noir, with quotes from Linwood Barclay, Shari Lapena, Karen Dionne, Rosemary McCracken and more!

Originally from South Africa, Lisa de Nikolits has been a Canadian citizen since 2003. She has a Bachelor of Arts in English Literature and Philosophy and has lived in the U.S.A., Australia, and Britain. She is the author of seven acclaimed novels, including her most recent novel, No Fury Like That (Inanna Publications). She has won the IPPY Gold Medal for Women's Issues Fiction and was long-listed for the ReLit Award. Lisa has a short story in Postscripts To Darkness (2015), a short story in the anthology Thirteen O'Clock by the Mesdames of Mayhem, and flash fiction and a short story in the debut issue of Maud.Lin House.