I must have met Ben McNally weeks after moving to Canada. The details are a little fuzzy on when that was. It might have been at Harbourfront for IFOA, or maybe at Nicholas Hoare, where he was selling books when I rolled into town.

There's something I can't quite pin down, equal parts shared hippy values, a certain sense of humour, a depth of kindness that spills out of his eyes – it's a delight to know Ben. I feel like I've known him much longer than I have.

Finding a connection like that when you move to a new country, like I did, is a gift. It makes a city feel like home faster. It means the world.

And his store feels like magic. I spin around islands of books, clustered by a system that draws connections for me, leading me to discover. Time disappears in the quiet and wood and ceilings that fall away to make room for lofty thoughts. It's just like a bookstore should feel.

Since I've only known Ben as a bookseller, I have a hard time picturing him doing anything else. So I asked what he did before, or between, selling books. The answer surprised and delighted me. I drew a little comic about his answer to make it easier for you to picture. 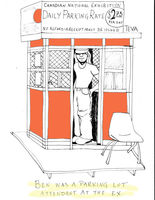 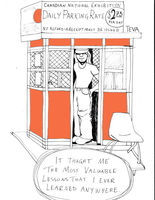 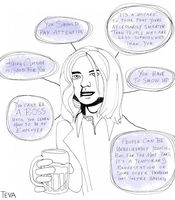