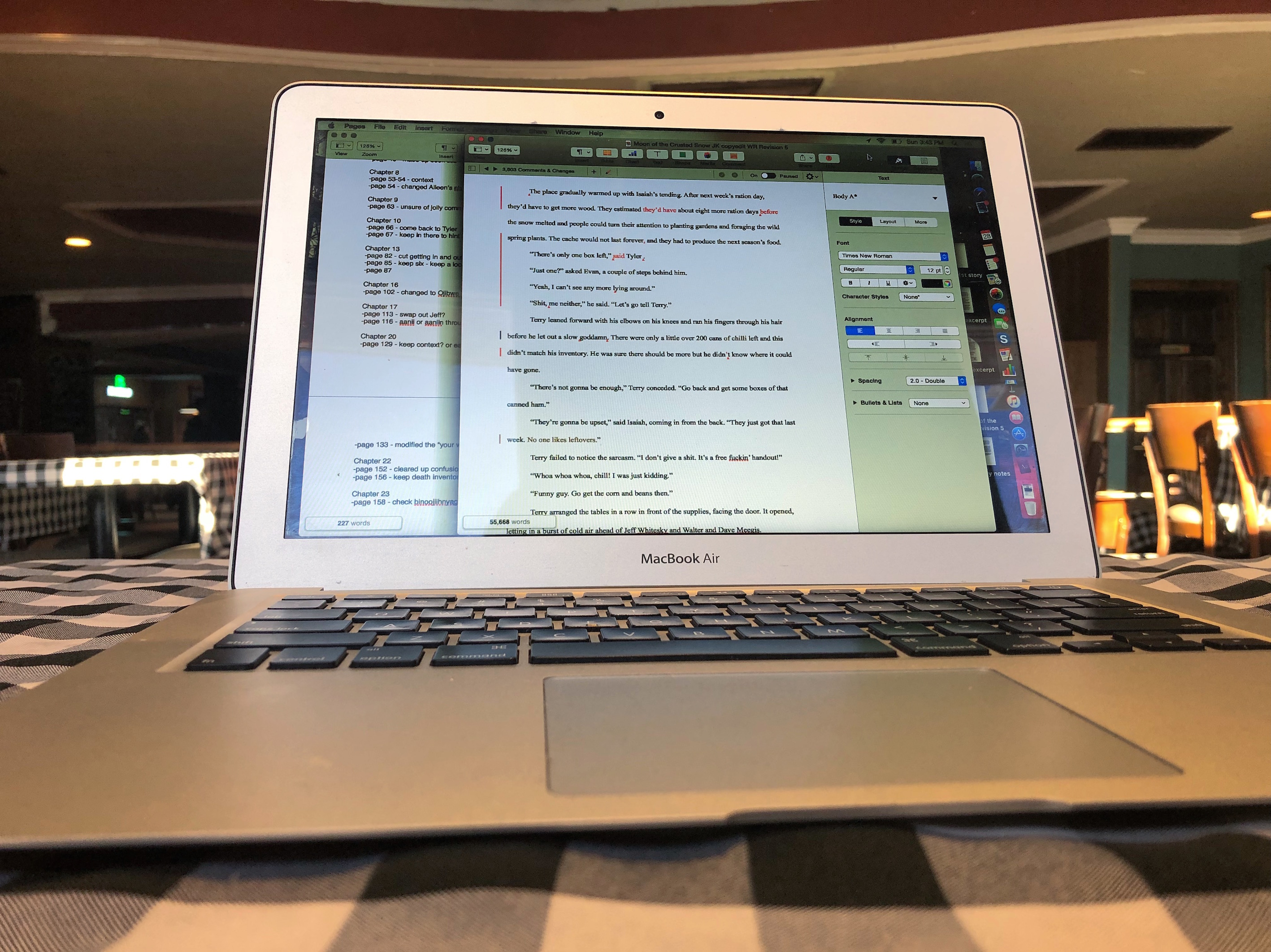 Like many authors, I have a full-time job that’s my primary source of income. It’s a wonderfully fulfilling gig in a truly enjoyable and engaging profession that’s been my primary career for the better part of two decades. As such, it’s my focus for nine hours of the most active part of the weekday. Because of that, I’m often asked how I find time to write fiction around that busy schedule. It’s not easy, but I’ve established a routine, methods, and an outlook that have worked for me in recent years. Writing while working a full-time job is different for everyone and largely depends on the nature of the work and the writing project, but hopefully you’ll find some worthwhile tips here.

If you work a “regular” 9-5 job, it makes most sense to spend your evenings and weekends writing. It’s when you have the most free time, and the general pace of life can be more relaxing and conducive to working on your story. However, a lot of full-time day jobs are pretty draining, both physically and mentally (mine included), and you just may not have the energy to sit down and write when you get home from work. So I flipped that around to use my weekday mornings to write. I’d get up an hour or two earlier than I needed to for work, and write in that pre-work window. I found I was mentally fresher and more eager to get words down on the screen. I found this habit motivated me to continue getting up earlier on the weekends to get more writing done. It’s a routine I still swear by.

Because time at the keyboard is limited, it’s important to view the entire creative process as writing itself. Just because you’re not banging words out onto a screen doesn’t mean you’re not actually writing. Writing is thinking about your story on your walk or commute to work. Writing is talking about what you’re working on with friends to try to hash out more ideas and get feedback. Writing is letting your mind wander in and out of your story while you have some downtime in any location. Imagination is the origin of the writing process, and we have to give it room, even when we’re in the depths of that first draft.

If you’re out walking or riding the bus or sitting somewhere waiting for someone and an idea comes to you, pull out your phone and write it down. We live in an age of technological marvels that has placed powerful computers in our pockets, and we should take advantage of them however we can. I’ve written everything from point form plot notes to emails to myself about characters to actual paragraphs of prose on my phone. You can even pull up your manuscript from the cloud if you need to.

Breaks are crucial to the writing process. Make sure you’re stepping away from the keyboard when you need to, especially during the longer stretches of writing time you afford yourself. If things aren’t going as smoothly as you’d hoped or the words just aren’t flowing, get up and do something else. Go for a walk. Play an instrument. Read something else. Watch an entertaining video. Call up a friend. Do whatever puts your mind at ease. Sometimes you need to mentally hit the reset button in times of bafflement and frustration.

Canada has some very beneficial and generous arts grant programs. I would not have been able to write any of my books without support from the Canada Council for the Arts and the Ontario Arts Council. They’ve allowed me to take leave from work to pursue writing projects for months at a time. This periods have been when I’ve done the bulk of the work for each of my books. No matter your line of work, they’re worth exploring to pursue your writing dreams.

This routine and these methods may not work for everyone, but they’re how I got my new book done. And now that I have a young son who was born well into the revisions of the manuscript, they may not necessarily be suited for my new life as a dad. So there may be an additional post with more writing tips before my time here at Open Book is done!

Waubgeshig Rice is an author and journalist originally from Wasauksing First Nation. His first short story collection, Midnight Sweatlodge, was inspired by his experiences growing up in an Anishinaabe community, and won an Independent Publishers Book Award in 2012. His debut novel, Legacy, followed in 2014. He currently works as the host of Up North, CBC Radio’s afternoon show for northern Ontario based in Sudbury. In 2014, he received the Anishinabek Nation’s Debwewin Citation for excellence in First Nation Storytelling. Waubgeshig now splits his time between Sudbury and Wasauksing.