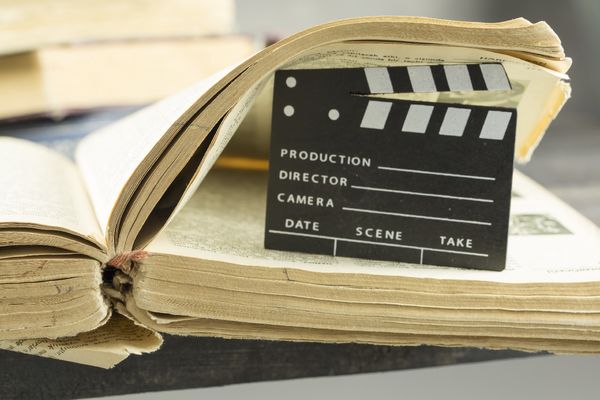 Earlier in the month, I had the opportunity to see Lena Dunham’s spirited and loving adaptation of Catherine Called Birdy, Karen Cushman’s novel of the same name, at the Toronto International Film Festival, which got me thinking about my favourite kidlit page-to-screen adaptations. Here are nine movies or TV shows that live up to their source material. 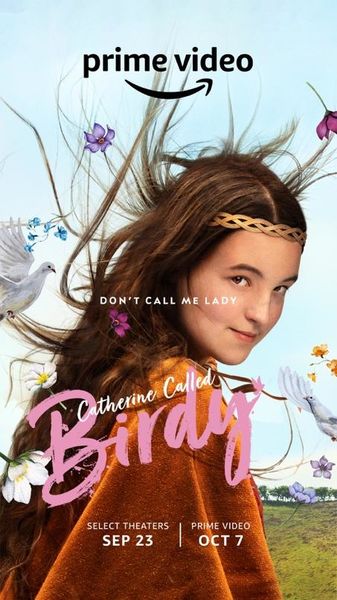 Karen Cushman’s novel is a droll, unvarnished recounting of the daily life of Birdy, a thirteen-year-old daughter of a minor knight. At the world premiere of this film, writer-director Lena Dunham revealed that this was her favourite childhood book and the one that had most shaped her. This makes perfect sense. Karen Cushman’s novel is bawdy, physical, and funny—full of snappy one-liners such as “I am near fourteen and have not yet seen a hanging. My life is barren.”—balanced with social commentary on the roles of women. These are all hallmarks of Dunham’s work as well. Dunham’s adaptation is vibrant, loving, and joyful. Andrew Scott’s portrayal of Birdy’s father, arguably the villain of the book, is surprisingly touching and nuanced, a subtle and unspoken reminder that everyone suffers under the patriarchy. Watch it in theatres starting September 23rd and on Prime Video in October. 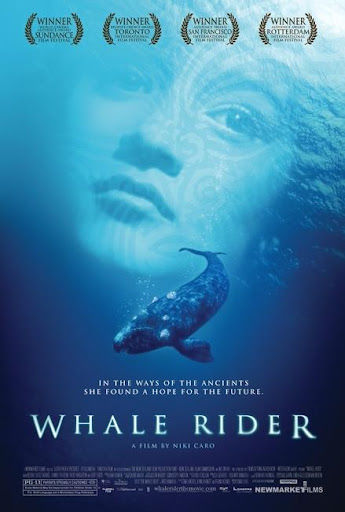 This tearjerker from New Zealand tells the story of a Māori girl who wishes to become chief of her tribe, a position traditionally held only by men. Inspired by the myth of Paikea, the book, written by Māori author Witi Ihimaera, was originally published in 1987 and is an international bestseller. With truly gut-wrenching performances and stunning ocean sequences, this gorgeous adaptation—which also premiered at TIFF— will take your breath away. Streaming now on Hoopla. 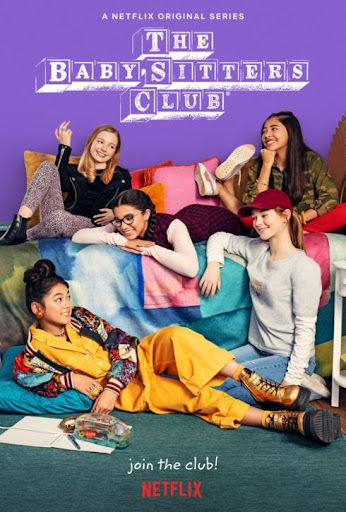 I could write a book about how Ann M. Martin’s classic series raised an entire generation, encouraging girls to become entrepreneurs, embrace their individuality, and normalized topics like divorce, economic hardship, diabetes and more. The books are finding new life as graphic novels, so a TV adaptation made a lot of sense. The cast has been diversified and classic storylines adapted to reflect our times, including episodes featuring a trans child and the pressures of YouTube fame. My favourite part of the TV series is that the girls are allowed to be kids—they are not over-sexualized or rushed into older, teenage experiences. This is not a teen show for adults (think Euphoria, Riverdale, Stranger Things), it is for kids, and it is glorious. Watch both seasons on Netflix. 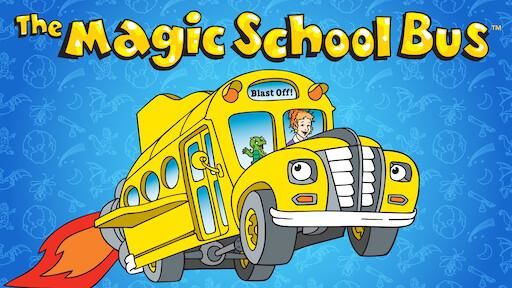 When it comes to fictional teachers, the deliciously-named and stylish Miss Valerie Felicity Frizzle is top of my list (sorry, Miss Honey). This series, in which each episode takes students on a fantastical fieldtrip— including trips inside a beehive, the city waterworks, even a student’s digestive system—works so well as a TV show that many people don’t realize it’s based on a series of thirteen original books that brilliantly blend fantasy with scientific fact written by Joanna Cole and Bruce Degen. You can find the first season on Netflix and all four seasons on Hoopla. 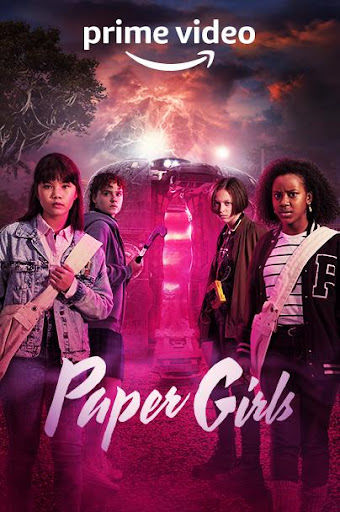 Based on the comic books by Brian K. Vaughan and Cliff Chiang, a diverse group of four twelve-year-old paper girls are accidentally caught between two warring time travel factions. Walkies, bikes, killer soundtrack—all the things you love about Stranger Things are here, along with thought-provoking psychological dilemmas, such as, what if the adult version of you is disappointing? What if you travel to the future only to discover you’re going to die at 16? While it may not have reached blockbuster status, Paper Girls definitely qualifies as a cult classic. Watch both seasons on Prime. 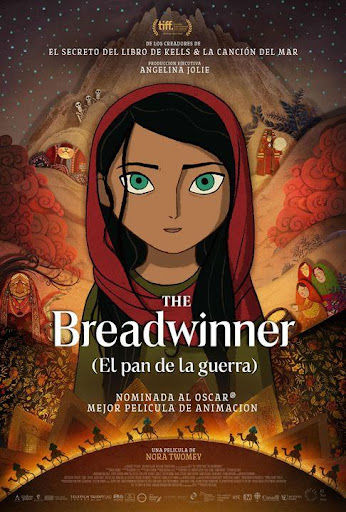 The Breadwinner is an animated film adapted from Canadian author and activist Deborah Ellis’ much loved novel of the same name. Parvana is an 11- year-old Afghani girl who must dress as a boy and undertake great risk to protect her family in Taliban-ruled Kabul. Throughout the movie the theme of stories—and one story in particular, about a boy and an elephant king—ties the past and the present together. The animation of this narrative-within-a-narrative is slightly more stylized and brings a folkloric and artistic layer to the source material, which is gritty and realistic. The harsh realities of the Taliban regime are not ignored, though most of the violence happens offscreen. Available to stream on CBC Gem. 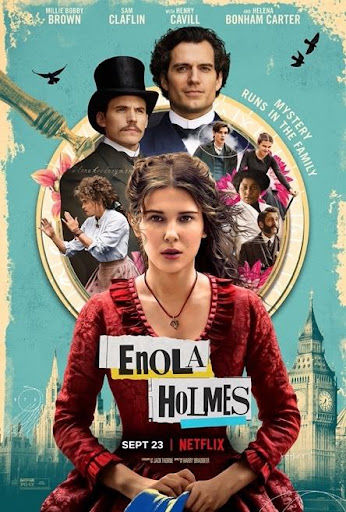 There are many Sherlock Holmes inspired stories, but none so lovable as those featuring his imagined sister, budding teen sleuth Enola Holmes. There are seven books in Nancy Springer’s series, which pay tribute to Holmes’ original work, but Springer imbues her books with the restrictive realities of being a woman in the Victorian era. The movie adaptation, featuring an exceptional cast led by Millie Bobby Brown, is a delightful romp in fantastic period costumes. Watch the first movie now on Netflix.

HOW TO TRAIN YOUR DRAGON 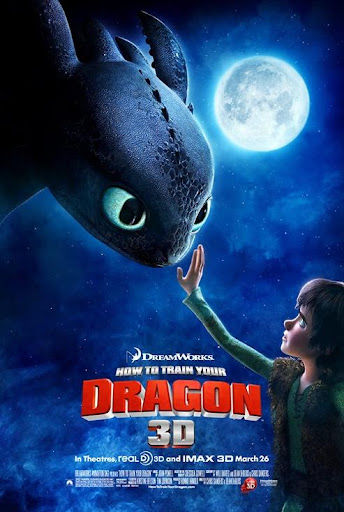 Probably the biggest challenge in children’s movies is creating content that satisfies both kids and adults. How To Train Your Dragon, a blockbuster franchise based on UK author Cressida Crowell’s hilarious book series, chronicles the misadventures of Hiccup, an unlikely teenage dragon expert in a Viking-inspired world. Though the films (and TV series) have diverged from the books—even moving ahead in time to the 21st century—Crowell’s genuine silliness and love of wordplay remains, but it is the dragons that truly steal the show. Catch the first movie on Netflix.

THE SECRET WORLD OF ARRIETY 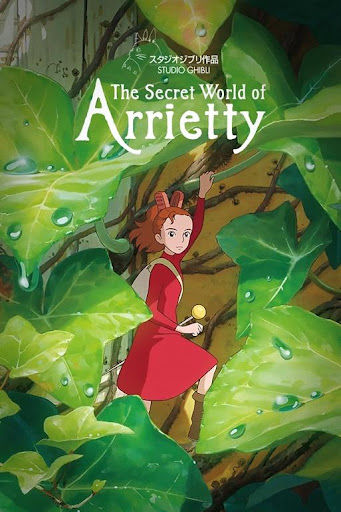 impossible, because they’re all good—but the 2010 adaptation of Mary Norton’s classic 1952 novel The Borrowers is a personal fave. Kids will love the ingenuity of how every-day objects are repurposed in the lives of the Clocks, the 4-inch-tall people living in the walls of a house. Studio Ghibli is second perhaps only to Disney for mining the depths of children’s literature as source material. But while Disney is best known for its fairy-tale adaptations, Ghibli’s kidlit source material is quirkier and more contemporary, including Howl’s Moving Castle (adapted from Dianna Wynne Jones’ 1986 novel), Kiki’s Delivery Service (adapted from a 1985 Japanese novel by Eiko Kadono), When Marnie Was There (adapted from a 1967 novel by British author Joan G. Robinson). You can find The Secret World of Arrietty and other Studio Ghibli films on Netflix.