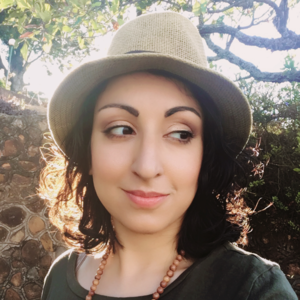 Every time I sit down to write, I find myself exasperated by the considerations. The considerations of who will be reading it, how it’ll be interpreted, if it’ll hurt someone within or outside my community, how to write as an individual while knowing that I also, involuntarily, write on behalf of my community, culture and faith.

Every time I sit down to write, it takes immense stick-to-itiveness stay seated. To choose not to eat a bag of cookies or watch a Netflix series instead of investigating the uncomfortable. And some may say that this is a plight that all writers face, that the profession itself is one that demands confrontation after confrontation— of one’s self, one’s ideas, beliefs, experiences, society, community, the world at large, even.

But if you’re a BIPOC writer, you’re not only seen as a writer, you are viewed as a representative. A person, who, when telling a story, is not just telling a story about themselves, their experiences or their characters, but unravelling a thread in a fabric of pre-existing stereotypes and assumptions.

And some reading this might say, “Write for yourself first. Don’t think of your readership.”

I find this a privileged position to be in— to not think of one’s audience, as if one’s readership is excludes one’s self, one’s community or CanLit at large. It’s why authors have gotten into hot water in the past— for thinking solely of the craft, the joys of experimenting and indulging what they may consider to be radical or brilliant ideas, and consequences be damned!

It’s why I’ve had in depth conversations with BIPOC writers who feel torn between writing themselves out of tradition while at the same time ensuring that they’re not being branded as anti-tradition. It’s why BIPOC writers often find ourselves having to defend the work we create while simultaneously holding space to create it.  It’s walking the very fine line of evolving past stagnancy within our own cultural traditions while still holding our ancestors close.

So, how do we counteract this?

How do we write the complexities and intersections of our experiences into existence?

I’m still figuring that out.

All I know is that there are poets who do, which means that it is possible. 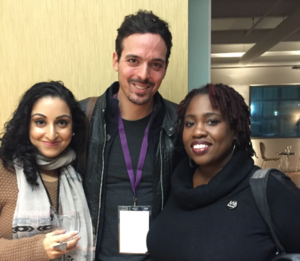 When I first started out as a poet, I had the ridiculous luck of getting into the first cohort of the MFA in Creative Writing at University of Guelph-Humber, and meeting poets Sandy Pool, David James Brock, Jacob McArthur Mooney, Jeff Latosik, and Motion (Wendy Braithwaite), among other brilliant writers. We had the even more ridiculous luck of being in a room with Dionne Brand, who introduced us to various forms of poetry.  One afternoon, she introduced us to the ghazal in English, often referred to as the “anti-ghazal”. The ghazal, as I knew it, was a sung form, often in Urdu or Hindi or Farsi. The written form existed as a lyrical map to be accompanied by music, and it was the music of my ancestors.

As we explored the “anti-ghazal” form, I learned that some white poet (John Thompson) decided to write ghazals in English, and thus began a trend of white poets writing ghazals in English.  The ghazal, however, existed thousands of years before it was translated into their awareness. The ghazal, made famous by Mirza Ghalib, Hafez and other luminaries, was suddenly being hacked off from its traditional roots.

To my disdain, I actually liked these hybrid ghazals. Many of them were beautiful, resplendent, magical, even. I understood that they were being referred to as anti-ghazals because they didn’t adhere to the traditional form. The colonial underpinnings, however, of taking something from another tradition and turning it against itself—was not lost on me. The traditional ghazal consists of rhyming or repeating refrains, couplets of equal length or syllable, and the takhallus (self-reference in the last line) among a myriad of other literary devices. There were a handful of poets who did adhere to the form in English, particularly Kashmiri-American poet, Agha Shahid Ali. In his ghazals, roots remain firmly in the ground.

My summer thesis mentor was BC Book Award winner, the late Kuldip Gill. Kuldip Gill was one of very few South Asian Canadian women who wrote ghazals in English, and that’s why it was so infuriating to learn she was excluded from contributing to an anthology of Canadian ghazals.

When I met Kuldip for the first time in Toronto, she made it clear that I would not be allowed to touch the pen to page if I hadn’t done my research first. I was to submit an academic paper on the history, tradition and form of the ghazal, and if it was satisfactory, I would be given permission to write one. The reason I chose to do a Creative Writing MFA was to avoid the monotony of academic research. Who was I kidding? Kuldip’s request reminded me of the necessity of knowing a poetic tradition before writing oneself in it, or out of it, for that matter.

My true test came when I was invited to read my never-read-before ghazals to an audience of Urdu poets visiting from Pakistan. These poets were writing, firmly, in the tradition of the ghazal, and the language of it too. Language I had no access to. As I sat there, listening to the sing-song of ghazals being recited in Urdu, I felt my heart flutter. This was one of those nauseatingly familiar moments where every writer has an urge to run, or throw up, or both (hopefully not against the wind).

A white-haired poet turned to me in the break and asked me what I would be reading. I told him I’d be reading ghazals, in English. He thought I meant translations. I clarified that they were original ghazals, written in the ghazal form. He proceeded to inform me that one can’t write ghazals in English. I agreed, and told him that I had no access to the language, and the only way to root myself in the tradition was through writing the form, but in English. He gave me a sympathetic smile, one that a parent would give a child before turning the corner to the doctor’s office.

And so, the sacrificial moment had come.

As I read, I was shocked to see smiles on people’s faces. Someone even threw in a “wah” (which has no adequate translation- just think wow+respect+hell yes in one word).

A few months later, at the first reading from my first book of ghazals, I was met with silence, clinking of beer glasses over my voice, confusion on the looks of young white males, and a lacklustre applause.

I had chosen to read my ghazals in the traditional style of ghazal recitation, which often requires the poet to read the first line twice, or pause before the refrain in anticipation of the listeners joining in to complete it.

That did not happen.

What did happen though, is that I came across an anonymous review of my first reading (note to self: do not google your name), where I was praised for my poetry but critiqued for the style of my recitation, as the reviewer felt that it “took away” from the meaning of the poems.

I found it amusing. Amusing that ghazals which were never meant to live solely on the page lost their meaning when they were revived on stage.

When listening to a form that has its roots in oral culture, one should be prepared for the possibility that it will not be in the poetic voice one has become accustomed to. It may be jarring, uncomfortable, strange, upsetting, even comical. It may even require listeners to participate.

The recitation may infer hidden meanings, lost to the reader until read aloud.

Which brings me back to the responsibility. The responsibility of sitting with this discomfort, of knowing that every time I sit at my desk, I am unravelling threads of pre-existing stereotypes and assumptions. I sit, knowing that the ghazal, for me, is not just a poetic form, but the only link I have to a literary tradition I could call my own. I know, that every time I make a line shorter or forgo the self-reference in the last line, I am in dialogue with tradition—not in opposition to it.

For some BIPOC, our traditional literary forms are more than play structures to experiment in.

They are remnants of the only ancestral homes we have left. 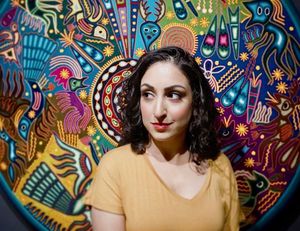 If you choose to write in form that does not have roots in your own cultural heritage, then here are a few notes: