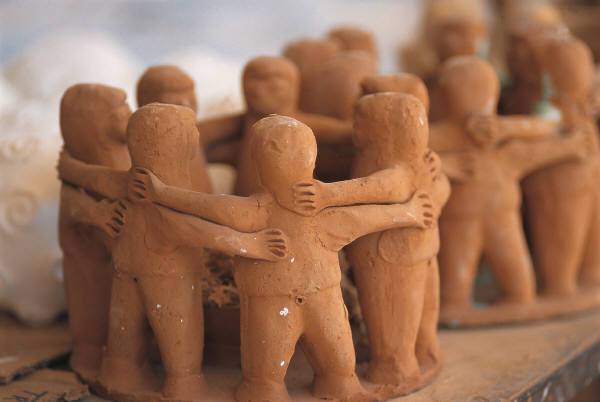 Two months ago, one of my best friends was diagnosed with an aggressive form of leukemia. She is a mother. She is a prolific, brilliant writer. And she was my very first writer friend.

We first met working at a bookstore when I was 18 and she was 19. It was the 1990s, when Canlit was publishing more books that it ever seemed to before. Every week, piles of novels by a debut author were being shipped to the store. We built pyramids out of A Cure for Death by Lightning and Fall on Your Knees and Stanley Park. My friend and I sold hundreds of these books, their smooth, carefully designed covers passing through our hands during every shift. We wrangled fans at author signings. And we desperately hoped that we would one day become authors just like this.

As the years passed though, we began to see systems in Canlit that were not easy to break into. Neither of us held MFAs in Creative Writing. We both needed to work full time jobs to pay the bills. We struggled with anxiety, which often flared up when we went to literary events and felt pressure to network with agents or editors who didn’t really seem to care who we were or what we were writing (for her: fiction that often dealt with the intimate lives of queer characters; for me: stories about invisible Chinese Canadian families). After a while, we both inched away and, instead of trying to break into mainstream Canlit, we began to form our own little network.

Every Sunday, we met at a café in East Vancouver and swapped manuscripts. She read more of my embarrassingly bad poems than I care to remember (all of which were about some ill-destined love affair and, once in a while, also about rain). But it was with her that I started writing my first novel and she started writing her first young adult novel. It was here we shared our literary experiments, even if they were misguided and would never be seen again by anyone else. We shared all of our secrets, some writerly, some personal.

While other young writers were selling their MFA theses before graduating, we were eating huevos rancheros and slowly chipping away at manuscripts that no one else knew we were writing. We met because we had to, but this was also a magical time. It was a block of two hours every week during which we lived in our own little bubble, working through each word choice together, dreaming of the day when these books would be released into the real world.

Later, as I attended writing workshops here and there, I met more emerging writers and my literary friendship circle grew, mostly with women and queer men who each felt like outsiders in their own ways. Little by little, each of us began publishing, some of us with big publishers, some with smaller ones. Sometimes we received invitations to the fancy parties and stood in corners together, huddled beside fireplaces, watching the really famous authors—almost always straight white men—holding court in the middle of the room. We made jokes about our outsider status, ate the free canapés, and then left when the star of the day started pouring scotch for his friends.

Now, of course, I’m a mid-career author, one who has had some success (and also a few failures) and, in a way, I am the mainstream now. Canlit has, of course, been undergoing some major changes, with publishers, festivals, and writing programs committing to inclusivity and safety, and more space has been made for writers who were previously pushed into the shadows. This has made it easier for authors like my friends and me to say more, write more, and be more visible. There is a slow decentralization of power occurring, where the issue is not who holds the power, but how we can all responsibly share it and shine a brighter light on to what seemed marginal before. Now, more than ever, readers have a chance to hear a myriad of voices too.

In 1995, when my friend and I first met shelving copies of The Celestine Prophecy, we could never have guessed that our relationship would last 22 years. And we would have never guessed that our friendship would become the foundation for a different kind of writing community, one populated by people who felt out of place, who couldn’t see themselves whenever a Giller shortlist was announced, who commiserated whenever an editor rejected our work for being too specifically queer or racialized or female. We didn’t know then that this community, the polyglot ball of humans who just wrote because they wanted to, would start to drive change, to make space for all different voices. Who would have known that as our publications accumulated, the mainstream would see that they needed us, when all this time we had been writing separately, never expecting they would ever notice our existence.

A few days ago, I saw my friend. She is walking with a cane now, and has tubes protruding from her chest for the many transfusions she receives in a week. I try never to think about losing her, but I know that I might, and it will be more than a personal loss. She is the one who helped me see that aiming for the big contract with the big publisher isn’t the only way to make a writing life. We take and give support wherever and to whomever we can. Our community was built on need and love, not status or power, and this has been the most joyful, surprising, and rewarding development of my career. If I could, I would tell our younger, more anxious selves, Keep going. You’re going to be great. We were so worried then about being the next Margaret Atwood or Guy Vanderhaeghe. As it turns out, it was better just to be the next best version of ourselves.