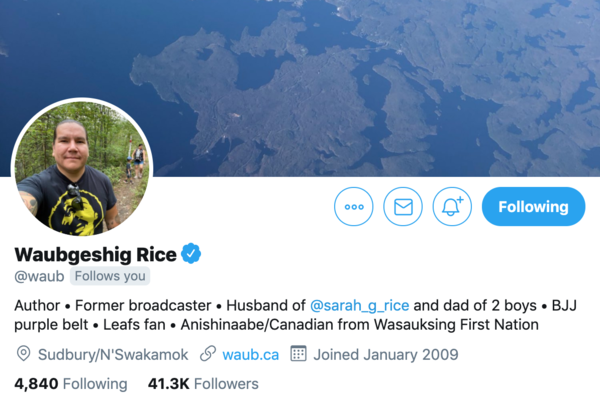 Online engagement is a reality of the modern writer’s life. It’s rare now for an author to create a story in solitude, and then remain there once their book is out in the world. Digital media now demands writers have some kind of online presence to promote their books, be accessible to readers, and appeal themselves to the wider literary world. It can be a daunting requirement, especially with the many well-documented detriments of social media, like online harassment and anonymous hostility. But there are ways to make the online experience more beneficial for yourself as a writer, and it can result in stronger relationships with readers and the writing community.

Although being online hasn’t always been a positive experience for me (for obvious reasons I’ll touch on later), overall, social media has been very good for my writing career. I’ve easily networked with other writers and publishing figures. I’ve been hired for reading gigs through Twitter. And most importantly, I’ve fostered great relationships with readers of my work just by being accessible and responding to them online.

I’m on Twitter, Facebook, and Instagram. Each has their own unique benefits and drawbacks, and I believe each requires a different strategy for engagement and effective use. I’ve built significant followings on all three, due to early adoption and activity, and that was largely because of my previous work as a journalist. The news media industry latched on to Twitter and Facebook early on for audience connection and story leads. Thus, I’ve had accounts on both for more than a decade now.

But my professional focus recently shifted to literary work, so now most of my job-related social media activity is about books. It’s pretty sweet, compared to what I used to do online for work! However, there are of course ongoing hassles that the owners of these platforms haven’t really been able to fully control. As a visibly Indigenous person, I’ve been the target of racism since I first signed on, mostly on Twitter where anonymity flourishes. But others have to endure much worse harassment. I’m a cis hetero man, so I don’t receive targeted hostility to the same degree as women, other people of colour, and people from the LGBTQ+ community.

Fortunately, each platform has safeguards to minimize harassment. You can block and report accounts. Social media companies are well aware of their reputations of harbouring negativity and hate, and they’re working to remove harmful accounts and groups. And when “softer” trolls arise in my mentions or in the comments of my posts, I just ignore them. I’ve found if they don’t get an emotional reaction, they eventually give up and go away. Don’t feed the trolls, as they say.

So with the bad stuff out of the way, there are fun and advantageous ways to use social media. Just being out there and accessible to readers and other writers in the first place is probably the biggest step. By getting involved in literary networks - using hashtags like #books #amwriting or #CanLit on Twitter or Instagram, or joining specific book and writing Facebook groups, for example - you’ll become familiar to the online communities that are passionate about literature. Soon enough, they’ll recognize and read your work. From there, responding to a reader’s question about your writing, or just having a little conversation can mean a lot to them.

Word of mouth spreads quickly online, and as you become known as an accessible and responsive storyteller, your following will build. To keep that momentum going, it’s a good idea to offer incentives to people for connecting with you on social media. That can be through book giveaways, or making yourself available to offer feedback to aspiring writers, within reasonable parameters. I’ve also organized live video chats on all of my social media accounts, just to make myself available for any questions that readers may have about my books, the writing process, my background, or anything else that may be of interest.

Of course, it’s important to set boundaries if you’re going to take a deep dive into the world of social media. Using these online resources is all free of cost, but don’t undervalue your own time, and make sure you don’t take away from your writing. Being transparent with readers and social media followers about that is important. Let them know that while you are accessible to them on these platforms, you can’t spread yourself too thin. It takes a while to find a happy medium online, but when you get there, it can be a very positive experience.

Putting yourself out there for strangers around the world online can be overwhelming. But it can greatly enhance your career and your writing outlook. Gone are the days of the reclusive, mysterious author. As the community grows, your presence can, too.