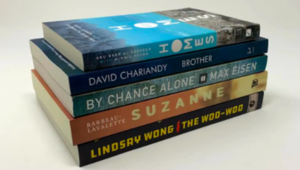 CBC's beloved books showdown, Canada Reads, is less than a week away, with the 2019 debates starting on Monday, March 25. We got the chance to speak to the panelists, who take on the daunting task of reading all five finalists' books and spending an intense week championing their chosen title in live debates (which you can catch on CBC Radio One and CBCBooks.ca live, or on demand via the CBC Gem streaming service). At stake is the coveted "Canada Reads effect" - a huge bump in sales of the winning author's book.

They spill (or strategically refuse to!) about their debate approaches, who shares a rare diagnosis with their chosen author, and who would choose a very Canadian celebration with their author in the case of a Canada Reads win.

Stay tuned as well to Open Book for coverage of the 2019 CBC Canada Reads debates next week!

What is your strategy going into the debates? Is "all fair" in books and war? 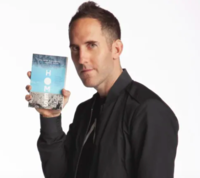 I honestly didn’t really think of a detailed strategy. I think my intention is to go in this with a great respect for my fellow debaters and the books they are defending, to be respectful of the hard work and efforts it takes for all the authors to write these amazing stories and to do my best to showcase what makes my selection, Homes, a perfect choice to win Canada Reads 2019. The fact that most of my fellow panellists are professional TV hosts can be seen as a disadvantage for me, but I look at it the other way; I think my genuine passion for my book and the fact that I will maybe be a bit more raw and real in my interventions might give me an edge. Also, the fact that my book's co-author is a 17-year-old refugee from Iraq who didn’t speak a word of English a few years ago makes the journey of this book incredibly original and remarkable.

I do have a strategy, but unfortunately (being strategic!) I can’t share it before the show. And is all fair in books and war? Hm, as a new author myself I’d have to say that there is a line that needs to be drawn, and that is one of respect. Each author put a tremendous amount of mental energy and work into their book — so it can’t be like Jerry Springer. In my mind, it's a debate, not trash talking TV! 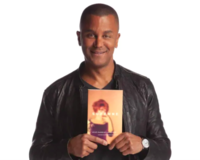 I’m surprised how often I’ve been asked this question, because I don’t have a strategy other than to defend Suzanne based on all the reasons for which I chose it in the first place. It’s a strong book with strong writing. Of course there are a lot of things that make a book a contender or not. Subject matter is one factor and there is a lot of intense subject matter this year — things like the Holocaust and the Syrian civil war. But as powerful as some of that subject matter is, I don’t think that’s everything. I think even when the subject matter is important you have to consider whether it’s well-written, whether it’s a unique voice. There are a lot of factors, to me, that make a book great and not just dramatic. So I’m just going to debate based on what makes my book great and what made me choose it in the first place.

For me, the main strategy is definitely about passion. If you strongly believe and stand behind something, it's more about wanting to share it with everyone and hearing that joy in your voice. Everything is always fair in books and war. It isn't called the "battle of the books" for no reason!

Where were you the first time you read your chosen book?

I was at "home" (no pun intended) in Los Angeles and I read it in one day. I couldn’t put it down. I was hooked from the first paragraph. I read again on the plane flying to Toronto for the Canada Reads announcement and loved it even more the second time. It’s such an emotional read, so timely in the era we are living in right now... And maybe more importantly, it’s a truly beautiful love story between a father and his son, which really resonated with me.

I was in Sydney, Australia visiting my family. They had a chance to see how many books I read before I finally settled on By Chance Alone by Max Eisen.

I was at home in L.A. the first time I read Suzanne, and I finished it in about two sittings — one half in the living room at home and the other half in a café. I read it very quickly. 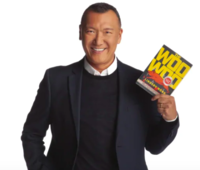 I started reading The Woo-Woo two days after the new year on my first flight going from L.A. to New York City and was immediately engrossed. From Lindsay's first chapter about her vertigo diagnosis (I suffer from that too) to reading about her crazy Chinese family, I understood her. But it broke my heart to hear her tell those stories about her growing up in the shadow of mental illness in such a comical way. It was funny but unfunny at the same time. I finished the book by the time I took my flight back home and knew I had to do it justice.

If the book you're defending wins the competition, how might you celebrate?

I think I’m gonna fly to Edmonton and visit the two authors of the book, Abu Bakr al Rabeeah and Winnie Yeung, and take them to a Oilers game for the first time to get Bakr excited about Connor McDavid and our national sport. He’s more of a soccer fan but I think I can convert him. 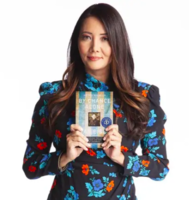 Definitely taking Max out to celebrate! With a special toast to his dad, as it was his final wish that Max could tell this powerful story.

I would probably FaceTime Lindsay first since I feel I have a lot of pressure to deliver a win for Lindsay and at the same time, encourage her to write her second book! But most likely, I would find a way to contribute more personally to education around mental health in our society, especially among the young generation. Hopefully Canada Reads 2019 will be the beginning of a new movement of erasing the taboo behind the topic. I want Lindsay's book to truly move Canada to speak up and do something.