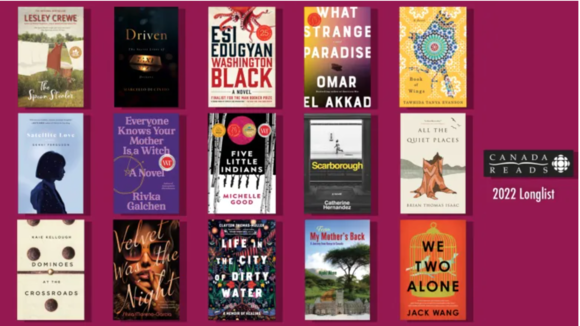 The final five books will be selected from the longlist by the yet-to-be revealed panellists. The announcement of the panellists and their chosen titles will take place on January 26, 2022, and the debates will air March 28-31, with host Ali Hassan returning to shepherd the panellists through the often intense process of eliminating the books one by one until a final winner is crowned.

As in past year, the debates will be broadcast on CBC Radio One, CBC TV, CBC Gem and on CBC Books.

The winning title of Canada Reads often becomes one of the bestselling books of the year in Canada, with the so-called Canada Reads bump being coveted in Canadian publishing.

Stay tuned to Open Book for coverage of the 2022 debates, and the announcement of the panellists and the books they will champion throughout.