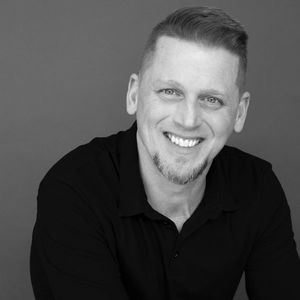 Hamilton author and writing coach Brent van Staalduinen has a long list of honours for his writing, with three novels under his belt and more than a decade of publishing short fiction in some of the country's best magazines and journals, like The New Quarterly, The Fiddlehead, and Prairie Fire, amongst many others.

It wasn't until now though that he had published a full collection of short fiction, and the result, Cut Road (Guernica Editions), shows a writer at the top of his game. Many of the stories contained have already been nominated for awards when published in magazines, and in speaking to each other in the collection, van Staalduinen's themes and imagery land all the more powerfully. Filled with scars both internal and external, the stories cover family, grief, and disaster, from wars to forest fires, all in van Staalduinen's elegant, stark, and evocative prose.

In celebration of the publication of Cut Road, we're excited to speak to Brent today about his writing journey through the lens of the books that have made an impact in his life. Our WAR: Writers as Readers series invites authors to share the books that have shaped them. Brent tells us about the beloved book that first made him want to write a novel, reveals the author whose books he considers "masterclasses in economical, lyrical prose", and shares his all time favourites series reads as both a writer and a reader.

Our Hearts Will Burn Us Down by Anne Valente. I was in the middle of agonizing research for Nothing But Life, my own book about the aftermath of a school shooting, when I encountered her powerful novel about the same topic. Her characters, high school students not only navigating trauma and grief but also a supernatural mystery that overtakes the devastated community, are perfectly drawn. Even saying the (perfect) title aloud gets my vision all blurry.

The Stand by Stephen King. Despite King’s habitual wordiness and a number of outdated tropes in this epic post-apocalyptic tale, the characters are superb and the story engrossing. As a writer, I enjoy stories where I can cheer for the good guys not because they’re good, but because their complications and flaws are what help them succeed.

The book I would give my seventeen-year old self, if I could:

American Gods by Neil Gaiman. Literary-quality writing in a genre-mishmash of the fantastic and supernatural. It’s the book that made me want to write a novel. I wish I’d started doing it sooner.

Both The Department of Speculation and Weather by Jenny Offil are masterclasses in economical, lyrical prose. Her writing is magic, and I’m deliciously envious of her craft.

The memoir No Cure for Being Human by Kate Bowler. Her writing is sublime, and her story riveting; if anyone has a complicated faith background when it comes to how people handle difficult things, I can’t recommend her work enough. I’d add all of the books by the late Rachel Held Evans here as well.

The End We Start From by Megan Hunter is a powerful tale of survival after a flood devastates the UK. It’s gorgeously written and short, and is easy (literally!) to put in someone’s hands. 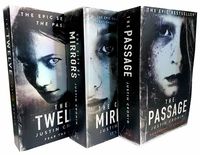 As a writer, I’d choose The Passage trilogy by Justin Cronin: Literary vampires, epic dystopian survival, and really good writing. As a reader I’ll go with any of the Jack Reacher novels by Lee Child: great writing and a damaged, kick-ass protagonist keep me coming back.

Brent van Staalduinen is the author of the novels Boy, Nothing But Life and Saints, Unexpected. His short stories have won a number of awards, including the Bristol Short Story Prize, the Fiddlehead Best Fiction Award, and the Lush Triumphant Fiction Award, and have appeared in numerous journals and magazines on both sides of the Atlantic. A former international school teacher, army medic, and tree-planter, Brent now finds himself working at his local library and wandering around Hamilton looking for stories. Cut Road is his first collection of stories.

Containing a rich mix of acclaimed and award-winning stories, Cut Road is a masterful exploration of the loss and scars that conflict always leaves behind. Where soldiers abandon too much of themselves in war zones, parents relinquish control of their children, and friends struggle with change and tragedy. From the working soul struggling with grief to the wounded veteran seeking redemption in a coffee shop to the sweaty tree-planter fleeing a burning forest, in this collection no one--least of all the reader--is left unscathed.