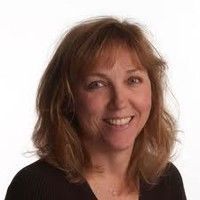 Award-winning journalist Denise Davy was no stranger to investigating tough stories. But when she met Margaret Jacobson, the girl's heartbreaking story stood out to Davy. Once a happy and healthy young woman, Jacobson suffered a psychotic break in her teens. By the time Davy met her, Jacobson had been in and out of countless institutions, before her life ended following a period of homelessness. Struck by how the system had failed Jacobson, Davy set out to tell her story.

After reading and digesting nearly a thousand pages of medical records, conducting interviews with Jacobson's family, friends, and medical professionals, Davy wrote Her Name Was Margaret: Life and Death on the Streets (Wolsak & Wynn), a chilling indictment of how deinstitutionalization has impacted the most vulnerable members of our society.

Compassionate, nuanced, and personal, Her Name Was Margaret shows a talented journalist turning her considerable talents to a pressing issue that has been consistently overlooked.

Today, as part of our True Story nonfiction series, we're happy to welcome Denise to Open Book to talk to us about her writing process, how Jacobson inspired her, and more.

She tells us about how larger questions around homelessness and mental health became essential frameworks for her writing, how the generosity of Jacobson's family in sharing stories and letters brought the book to life, and how styrofoam ceiling tiles became an unexpected part of her writing process for this project.

Her Name Was Margaret: Life and Death on the Streets is the true story of a homeless woman I met at a shelter one winter night while on assignment. I wrote a lengthy feature on Margaret for the newspaper I was working for then, over the next few years, I explored the larger issue of homelessness in various articles. For my book, I also researched the history of Canada’s psychiatric care system.

From the moment I met Margaret 25 years ago I knew I had to tell her story as it was so compelling and heart breaking. I still tear up when I read through her files and still feel as passionate about the wrongs that were inflicted on her as I did 25 years ago. What happened to her and how she was treated was so completely wrong and should never happen to any human being. Her story is the ultimate example of how we fail to understand how someone with a mental illness should be treated.

The question I started out with was, how did Margaret become homeless? That broadened into two questions that are central to my book; why are so many people homeless today and why do so many homeless people have a mental illness. Looking at the larger issue of homelessness makes for a better book as it provides context.

I was given unprecedented access to Margaret’s psychiatric files, which was completely unexpected and allowed me to add a whole other dimension to the story as I was able to tell her story from birth and in much greater detail. The files included letters from her family and when I read them, I knew I had an even bigger story. I then found several family members who added more details and sent me photos. Their willingness to talk so openly was also unexpected.

It was a very tedious process piecing together her story as her files were so lengthy. My research into the psychiatric care system and homelessness consisted of reading books, sourcing studies and reports and doing interviews.

Considering I spent 26 years in a chaotic, open concept newsroom the size of a football field I should be able to write anywhere. Not so! Now I write at home where it’s nice and quiet and I need to have everything just right, including the kitchen being clean and dogs walked. I like to have a cup tea on the table (which I never completely drink), and a bottle of Perrier (which I always drink). Then can I get into the zone. My favourite spot is on my front porch during the warmer months. I’ll be out there writing for hours.

I love the act of writing and this quote by Gloria Steinem really embodies how I feel: "Writing is the only thing that, when I do it, I don't feel I should be doing something else."

Once I get into the zone I can write for hours. When things stop coming together it’s usually because I’ve been at it too long. Then I’ll either print out my story to get a different perspective on it or I reread parts of a favourite book for inspiration, like The Boy in the Moon by Ian Brown. Or I’ll take a walk, which is a great way to clear the brain.

The most difficult part of writing this book was keeping all of the research organized. I had hundreds of pages of medical files, studies, stats, letters, etc. I couldn’t find a bulletin board that was big enough so I nailed two large styrofoam ceiling tiles to my office wall.

The moment I read through Margaret’s lengthy files I felt like this could be a book. There was layers of information to draw from and her family members were fairly easy to find and were so willing to share any and all information with me. I’ve often said Margaret’s story followed me because it came together so easily.

My original manuscript only focused on Margaret’s story, then I added a separate part about the psychiatric system and the history of homelessness. My publisher suggested I weave the two together, and she was right. I also did a major rewrite when I got my hands on her entire 869 page medical file. It took months to go through all of the pages and massage everything together into a cohesive story.

Denise Davy is a nationally recognized award-winning journalist who specializes in writing about mental health, homelessness, and gender issues. She worked at the Hamilton Spectator for 26 years and was twice honoured with the Journalist of the Year award by the Ontario Newspaper Association and is a recipient of a National Newspaper Award, several Ontario Newspaper Association awards and two awards from the Registered Nurses Association of Ontario. In 1993, the Canadian Association of Journalists awarded her for co-founding the National Women in the Media conference. She is the recipient of four national journalism fellowships, which allowed her to investigate child prostitution in Thailand, poverty in India and the crisis in children's mental health services in Canada. She is founder of Purses for Margaret, which provides toiletries to homeless women. She lives in Burlington, ON.

Her Name was Margaret: Life and Death on the Streets

Margaret Jacobson was a sweet-natured young girl who played the accordion and had dreams of becoming a teacher until she had a psychotic break in her teens, which sent her down a much darker path. Her Name Was Margaret traces Margaret's life from her childhood to her death as a homeless woman on the streets of Hamilton, Ontario. With meticulous research and deep compassion author Denise Davy analyzed over eight hundred pages of medical records and conducted interviews with Margaret's friends and family, as well as those who worked in psychiatric care, to create this compelling portrait of a woman abandoned by society.

Through the revolving door of psychiatric admissions to discharges to rundown boarding homes, Davy shows us the grim impact of deinstutionalization: patients spiralled inexorably toward homelessness and death as psychiatric beds were closed and patients were left to fend for themselves on the streets of cities across North America. Today there are more 235,000 people in Canada who are counted among the homeless annually and 35,000 who are homeless on any given night. Most of them are struggling with mental health issues. Margaret's story is a heartbreaking illustration of what happens in our society to our most vulnerable and should serve as a wake-up call to politicians and leaders in cities across Canada.