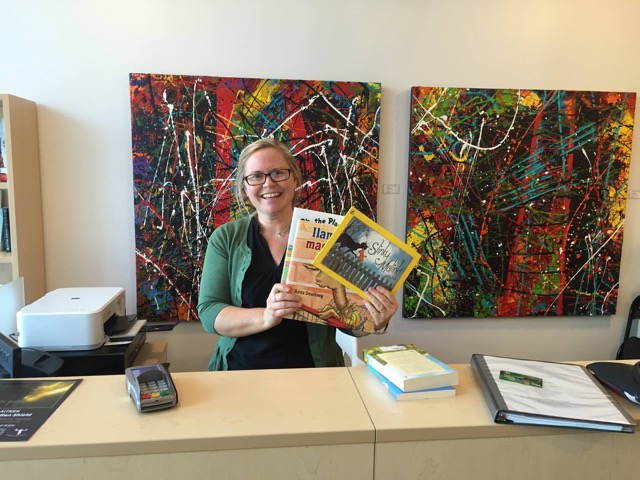 So I opened a bookstore.

Yes, yes, I know – “in this day and age?” “Bookstores are going under!” “What about digital books?” “No one reads paper books anymore!”

But I had been reading articles for about a year about the rise of independents. Books were coming back in (although I think books never went anywhere). Digital was passé. Kids under 25 years weren’t reading anything but real, tangible, paper books. I had a daughter who was proving that this was true – she frowned at me whenever she saw me reading a book on my ipad. After all, records had made a comeback – I was restocking all those 80’s and 90’s records I had made my husband sell for $25 (total –  a few milk crates full!) in the 90’s. “We don’t need records,” I had said. “We have cd’s!”

And I was/am a writer. What more can a writer want in life than to spend hours and hours surrounded by books – dusty books, lovely books, thousands of them. All writers want this. Don’t let anyone tell you otherwise. 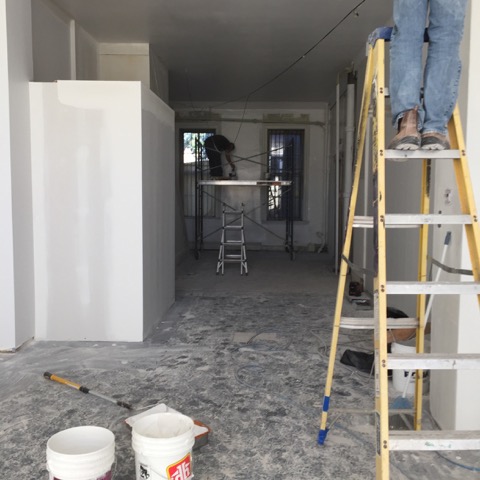 So I opened a bookstore. Leapt at it. Went wild. Signed a lease, watched the frantic pace of the landlord’s construction team take a dirty shell and turn it into a thing of beauty. I stood in huge lines at IKEA for the lights. I met with a furniture expert to design my desk. I spent hours and hours online and on the phone with the people who would help me through my complicated (but, ultimately, brilliantly helpful) computer system. I ordered books. You’d think, as a writer who has been in this industry, immersed in it, for over 21 years (not including the years I spent doing a B.A. and an M.A. in English literature), that ordering books would be easy? Ha. The first 700 individual titles were easy, after that things got complicated.

And through all this I finished the first edits of my new novel, taught three online classes (my real job at University of Toronto), sent my kid off to third year university, attended field hockey games at my other kid’s high school, and drank a lot of wine. The stress was insane, but also inspiring. Nights at the store with the door open to the Fall breeze and people walking by poking their noses in and exclaiming gleefully when they find it’s a bookstore.

I broke out in stress rashes. I have literally been sick since early November. Everyone wants to shake my hand. I’ve probably got a coke-habit from the cash (lesson learned during bank line up-gossip : you set off alarms at airports if you have a job handling money. Cocaine on bills. Who knew?!). I lost weight and then gained it back. For the first 2 months I worked seven days a week. The cleaning got to me – who knew running a bookstore meant vacuuming/dusting/mopping twenty times a day. The floor was a slushy mess December to February. I have enough sand and gravel in my vacuum to keep the parking lot behind the store slip-free! 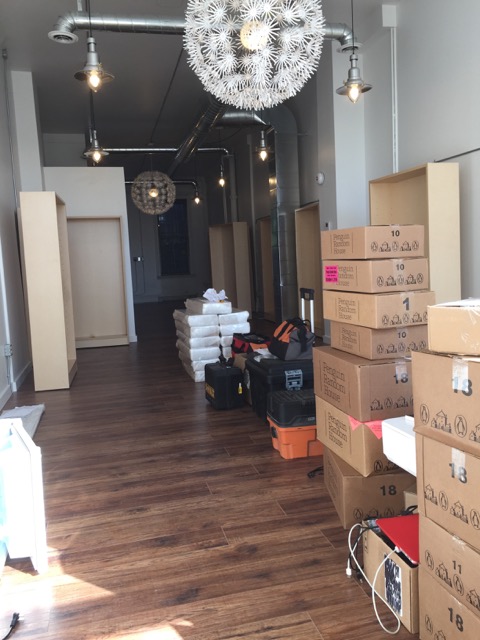 But I digress. It was hard work to get it started and hard work to keep it going. That’s a fact. But was it worth it?

I opened the door on October 28th. People came in. People thanked me. Profusely. The first 3 months here (and still now, actually) people came in, stopped and stood, stared wide-eyed at the books, and said, “We desperately needed a new bookstore downtown.”

There were/and still are failures, of course. I probably messed up my computer system at least once a day. I’m discovering that now (so is my bookkeeper). I ordered too many of one book, not enough of another. I didn’t have enough in stock for the Christmas season. I’ve changed my mind and waffled a lot about certain distributors and events.  I don’t think I slept for 4 months straight. The stress rash comes and goes. But, lately, I feel I have a hold on this thing, this weird business that is everything to everyone – a bookstore, a gathering place, a classroom and place for discussion, a psychotherapist’s couch.  People come in a roam for hours, talk for hours, tell me what they are writing, reading, thinking about. People come in and complain to me. They get frustrated that I don’t have the exact book they want or for not being able to order the exact book they want. People buy my novels and then come back and tell me they love them or that they weren’t too thrilled by them. People are honest (sometimes unfortunately so) and friendly and wanting to talk. Some people are silent. These are the ones who leave with a little smile and say, quietly, on the way out, “You’ve got a great selection here.” Sometimes people walk in and say, “You don’t have enough books here” (I’ve taken to telling them how to get to Chapters). Or they say, “How are you going to compete with digital?” (to which I , perhaps naively, say, “I’m not trying to compete. I think there’s room for both.”). I’ve had people yell at me (seriously yell) because I won’t carry self-published authors. Some days I go home in tears.

Other days I go home happy. Like the day, recently, that my new staff member (saying that just makes me happy!) sold 26 books at an International Women’s Day Event.

In general, my day is pretty exciting. Compared to the years I’ve spent sitting alone in my home office, my dog staring at me, as I wrote novels and taught online Creative Writing classes at the University of Toronto. In this store, my little creation, my new baby, I can write and teach when it’s slow. Or I can spend the day chatting with someone whose life story is almost better than most of the fiction and non fiction in this store. I’ve got regulars now, I know their names, I know what kinds of books they like. I know a bit about their lives. I’ve made friends here. 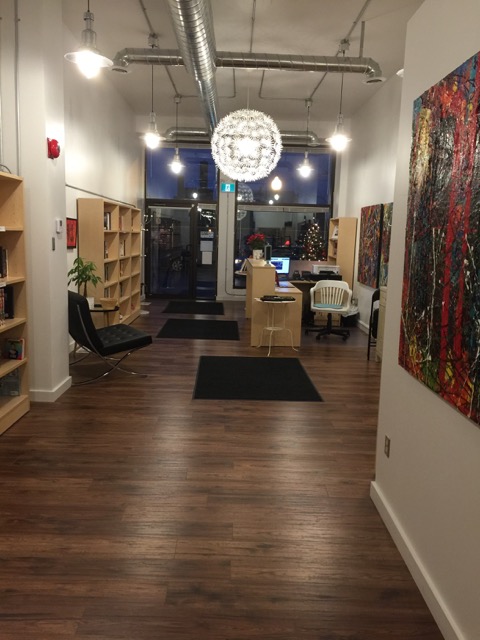 So I opened a bookstore. And I opened my life. There are days I certainly wish I didn’t do this. But mostly (especially now that I have weekends off!) I’m glad I’m here. In this weird stage of life. A jump. A leap into the unknown. I’m not sure what gave me the courage. I’m not sure if this whole experiment will work. I know I will make even more mistakes.  Every day, probably. But, for now,  I say to anyone who asks, “it’s going great.” For now. Right this moment. It’s good.

Michelle Berry is the author of three books of short stories, How to Get There from Here, Margaret Lives in the Basement, and I Still Don’t Even Know You (which won the 2011 Mary Scorer Award for Best Book Published by a Manitoba Publisher and was shortlisted for the ReLit Award, 2011), as well as four novels, What We All Want,Blur, Blind Crescent and This Book Will Not Save Your Life (which won the 2010 Colophon Award and was longlisted for the ReLit Award, 2011). Her writing has been optioned for film and published in the U.K. She is also co-editor with Natalee Caple of The Notebooks: Interviews and New Fiction from Contemporary Writers, and has collaborated on an art book with Winnipeg artist Andrew Valko called Postcard Fictions. Michelle taught creative writing at Ryerson University, Humber College and Trent University, was on the board of PEN Canada and the authors’ committee of the Writer’s Trust and served as Second Vice-Chair of The Writer’s Union. She presently teaches online for The University of Toronto/New York Times, and is a mentor at Humber College. She is a reviewer for The Globe and Mail.

She, of course, is the owner and proprietor of Hunter Street Books in Peterborough, Ontario.