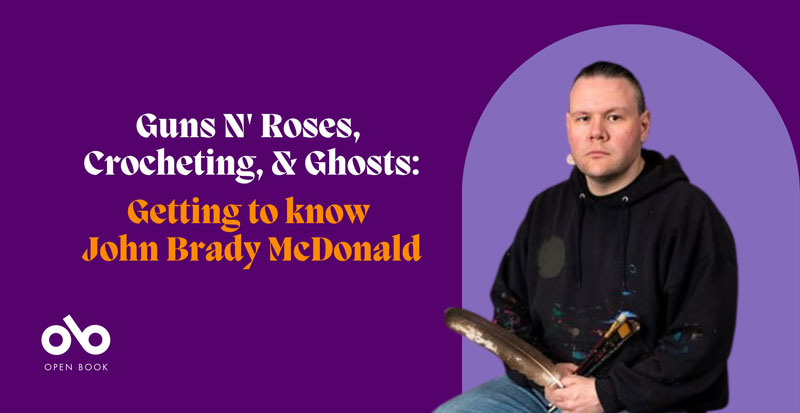 John Brady McDonald can do just about anything he turns his hand to. An accomplished musician, speaker, author, and visual artist, he's also served as an activist and advocate for fellow residential school survivors (McDonald was forced to attend the Prince Albert Indian Student Residence from 1984 to 1989). 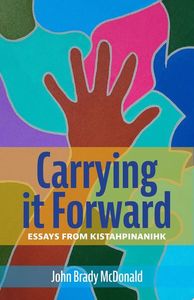 His storytelling chops have earned him a reputation as an engaging, witty, and impactful writer and his newest book, Carrying It Forward: Essays from Kistahpinanihk (Wolsak & Wynn), may be his most powerful yet, with the essays being called "a gift to the future" by Winnipeg Free Press columnist Niigaan Sinclair.

McDonald, a member of the Muskeg Lake Cree Nation and a grandson of Métis leader Jim Brady, explores his past adventures, from his beloved home in northern Saskatchewan to a headline-grabbing move where he symbolically "discovered and claimed" England for the First Peoples of the Americas while studying at the University of Cambridge, setting colonial narratives on their head. Engaging with residential school experiences, Indigenous community and language, and more, McDonald ranges through the pieces with his own signature brand of honesty, wit, and heart.

We're celebrating the publication of Carrying It Forward by getting to know John better through our "Dirty Dozen" challenge for writers, where we ask an author to share 12 unexpected facts about themselves. John offers up 12 funny, fascinating facts, from both cheeky hot takes (Springsteen fans, prepare to take offence) to ghost stories and more. 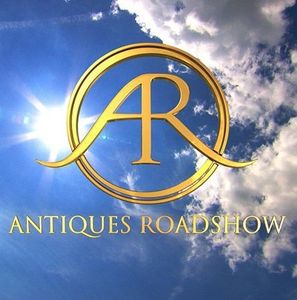 1. I fully admit to being completely disinterested in the genre of science fiction. I can't tell the difference between Star Trek and Star Wars, and really can't concentrate on anything to do with space or aliens. It's like a curtain comes down mentally and blocks it all out. That being said, I can enjoy Doctor Who to a degree. In fact, most popular television series and films don’t interest me. If people are clamouring to see it, I usually avoid it. I have very little interest in programs outside of documentaries or educational programming. Give me an episode of Antiques Roadshow or a documentary about the history of the Industrial Revolution or the Manson murders or something like that, and I'm riveted. 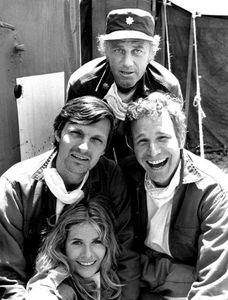 Cast photo from the first season of M*A*S*H

2. However, I am a devoted, somewhat obsessed fan of two particular shows, M*A*S*H and Midsomer Murders. I fell in love with M*A*S*H about a decade ago and will religiously watch it on DVD over and over again, except for the last episode, which I dislike immensely. This makes me somewhat of an abnormality in the realm of fans of the show. Midsomer Murders is a more recent love of mine. I watched an episode on PBS in a hotel room and was hooked. I told my wife about the show, and she became a fan as well. It's another show we can watch again and again.

3. I collect Guns N' Roses memorabilia, and, at one time, I had one of the largest GN'R memorabilia collections in Western Canada, with over 2300 items. Sadly, most of it was nicked over the years, and I'm down to a few Rubbermaid tubs of it now. GN'R played an important role in my young life, and, for a long time, my nickname was Axl. I've seen them twice – the 2010 "Chinese Democracy" tour (worst concert I've ever been to) and the 2017 "Not in This Lifetime" tour (best concert I've ever been to.)

4. In my teen years, I spent a fair chunk of time on the fringes of the 90's music scene in Canada, serving as an underage, paid-under-the-table roadie and security for several big names and faded names. I even spent some time on the road as a musician in a terrible band which started off as a Poison cover band. I've been blessed to know and have known some of best in Canadian music and consider many of them to be friends.

5. I suffer from kenophobia, the fear of empty spaces (not to be confused with agoraphobia). This manifests itself with me in my art as horror vacui, which forces me to fill as much of my artwork with detail as I can. 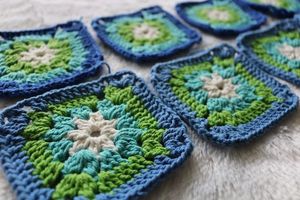 6. While rehabilitating broken and arthritic fingers (after getting into a drunken fight with a biker long ago), I began crocheting, having been taught as a child. I make large wildly coloured blankets and quilts out of the small remnants and balls of yarn of other crocheters and knitters. It is a winter hobby which I indulge in to keep my fingers moving between paintings.

7. I have no feeling from my eyebrow ridge to the top of my head, the result of nerve damage caused at birth by the use of forceps, which left a "U" shaped divot in my forehead. I can drive thumbtacks and pins into my forehead with no discomfort, and I am often not aware that I have injured myself until blood runs down. To freak people out or show people that I'm telling the truth, I will often knock forcefully on my forehead and show them the thumbtack trick.

8. Having grown up poor and survived on donations from the Food Bank, there are certain foods which I will never eat again, including ketchup, bologna, powdered milk, instant potatoes, cheese slices, and, ironically for an Indigenous person, bannock or frybread. In fact, I have not had a piece of bannock in nearly 20 years. 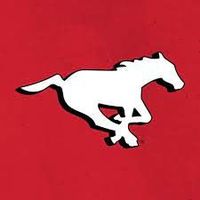 9. Despite growing up and still living in Saskatchewan, I absolutely refuse to cheer for the Roughriders. I have been a devoted and loyal fan of the Calgary Stampeders since the early 1990s. The same goes for the Toronto Blue Jays. I am a lifelong Boston Red Sox fan.

10. While I am a devoted fan of music, I cannot listen to country music whatsoever, and there is very little rap and hip-hop I enjoy. I deeply loved the Dream Warriors and liked a lot of the early 80s jazz rap, but the later violent rap and hip hop turned me off. That being said, there are two artists which, if their music comes on the radio, I will fly across the room and push people out of the way in order to turn the radio off: Nickelback and Bruce Springsteen.

11. Somewhere out there is a recorded cassette tape of a rehearsal from the 1990s, where, for the first and only time, I nailed the guitar solo for "Sultans of Swing" note for note. I only did it once, I couldn't do it before and was never able to do it again.

12. While I am a confessed atheist and do not believe in that kind of paranormal, I did live from 1996 to 1999 in a house haunted by the ghost of a young, apparently drowned woman. This ghost followed me to a new apartment and, as I'm told, still inhabits it. My story was included in the 2009 collection Ghost Stories of Saskatchewan 3, by Jo-Anne Christensen.

John Brady McDonald is a Nêhiyawak-Métis writer, artist, historian, musician, playwright, actor and activist born and raised in Prince Albert, Saskatchewan. He is from the Muskeg Lake Cree Nation and the Mistawasis Nêhiyawak. He is the author of several books, and his written works have been published and presented around the globe. He is also an acclaimed public speaker, who has presented in venues across the globe, such as the Ânskohk Aboriginal Literature Festival, the Black Hills Seminars on Reclaiming Youth, the Appalachian Mountain Seminars, the Edmonton and Fort McMurray Literary Festival, the Eden Mills Writers’ Festival and the Ottawa International Writers Festival. A noted polymath, John lives in Northern Saskatchewan.

Carrying It Forward: Essays from Kistahpinanihk

John Brady McDonald has lived in Kistahpinanihk, an area that includes Prince Albert, Saskatchewan, for nearly all his life. A member of the Muskeg Lake Cree Nation and a descendent of Metis leader Jim Brady, John Brady has worked to move carefully between these two nations – to learn their stories, honour their traditions and reclaim their languages, all of which were nearly lost to him. In this wide-ranging collection the author looks at everything from the city of Prince Albert to his experience of residential school, to northern firefighting, to his time in the United Kingdom, where he “discovered” and “claimed” the island for the First People of the Americas. These are essays filled with history, much careful observation and some hard-learned lessons about racism, about recovery, about the ongoing tragedies facing Indigenous peoples. With honesty, a poet’s turn of phrase and a bit of sly humour, John Brady pulls us deep into the life he has lived in Kistahpinanihk and asks us to consider what life could be like in a New North Territory.