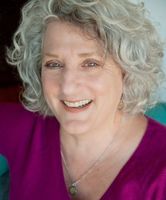 Nancy Jo Cullen is know for wild creativity, irreverent wit, and her ability to work in multiple genres with ease, including poetry, short fiction, and novels. Indeed, Cullen is undeniably one of Canada's small press superstars, with the critical acclaim and nominations to show for it. Her newest collection of poetry, Nothing Will Save Your Life (Wolsak & Wynn), is filled to the brim with her vital, keenly insightful voice. The poems are largely written in formal constraints, including sonnets, and they show not only Cullen's technical skill but her ability to elevate strict and traditional forms to vibrant pieces that are by turns funny and gutting, ranging as they do to cover sex, pop culture, religious hangovers, and the constructs around motherhood and femininity. Fierce, relatable, and always on point, these are living poems about the wonder, pain, and surreality of being alive.

We're thrilled to welcome Nancy Jo, a former Open Book columnist, to the site today to talk about the poetic journey that brought her to Nothing Will Save Your Life. She tells us about the iconic Auden poem that she connected to while in mourning, about being inspired by Midsomer Murders, and why she enjoys a poem that can "slap [her] hard at the end."

I think a surfeit of feeling that I didn’t want to carry inside my body contributed to my very first poems. (And, yes, they were terrible poems.) I wrote my first poems knowing very little about poetry, but I knew something about voice from my theatre training. I think I was trying to understand something about myself and grief that was all mixed up with feelings of hubris that seemed particular to being in my early twenties. Everything felt so crucial and so those poems were awful but that’s how I began. That and the whole thing about Catholic confession. I suppose my poems lean toward being one long confession.

“Musee des Beaux Arts” by WH Auden is the first poem I recall connecting to in a visceral way. I was in my early twenties when I read it. My dad died when I was twenty and his death was still very fresh. I was often struck by how everyone else went on with their lives as though nothing remarkable had happened even though my dad was dead. It seemed impossible that ordinary daily life could exist alongside my terrible loss. Auden’s poem succinctly articulated that experience for me. I still return to that poem on a regular basis.

I’m going to say I hope nothing is an unlikely source of inspiration. I want to be influenced by everything or anything, really. Recently though I wrote a poem that references a romance novel hero trope (thank you romance novels for helping me manage the stress of living through a global pandemic, the absurd cost of living, and more fucking war). I’ve also just recently written a couple of poems that reference the UK series, Midsomer Murders. My partner and I watched the entire 22 seasons over the last year and as I was thinking about disposing of a dead mouse from a trap (after the task was done) and murder in a pretty English village just seemed suited to the death of a mouse in my tiny old house.

When I first began writing poetry it was a one-poem-at-a-time situation and, after many years, I had a collection. The two subsequent collections were built around concepts, so I wrote with a view to putting a narrative of sorts together. This most recent collection was well over half finished when I thought I might be writing a collection. I had stopped writing poetry for several years and then fell back into it without really meaning to. I was working to loosen up my own brain—which was tired from working on a novel— by working within formal poetic constraints, mostly sonnets, but my subject matter was pretty much all over the place. This feels ideal for me as an approach to building a collection. Now I am working from both places, my new collection will explore certain ideas and form but that most poems inside that book are stand-alone.

Honestly, I think both are very important although I lean toward punchy endings. I want to be drawn into a poem by its opening and then I’d like it to slap me hard at the end. Of course, I’m talking about a very specific kind of lyric poem in this instance. Other poems might require other approaches depending on the goal(s) of the poet. Ultimately, I think all parts of a poem should be deeply considered from word usage to punctuation to openings and closings.

The Response of Weeds by Bertrand Bickersteth. The collection explores and illuminates Black identity in Alberta. Bickersteth’s use of voice is terrific, and his collection really shakes up traditional ideas of a prairie landscape. I loved it.

Nothing Will Save You

Nothing Will Save Your Life is an explosion of pop culture, femininity, sex, religion and motherhood held together with humour and lightened with fragments of joy. In this book Nancy Jo Cullen has created a collection that is deeply rooted in the messy day-to-day of life but takes on serious issues such as body image, aging, climate change, capitalism and even death – containing it all within traditional poetic forms. From kitten videos to confirmation bias to cucumber diets to vintage Vivienne Westwood, these poems are a whirlwind of constrained energy. Sometimes neurotic, sometimes bawdy, sometimes tender – they are always irresistible to the reader, drawing us deep into Cullen’s world where she pulls apart society to show us just what it is to be alive in this moment.