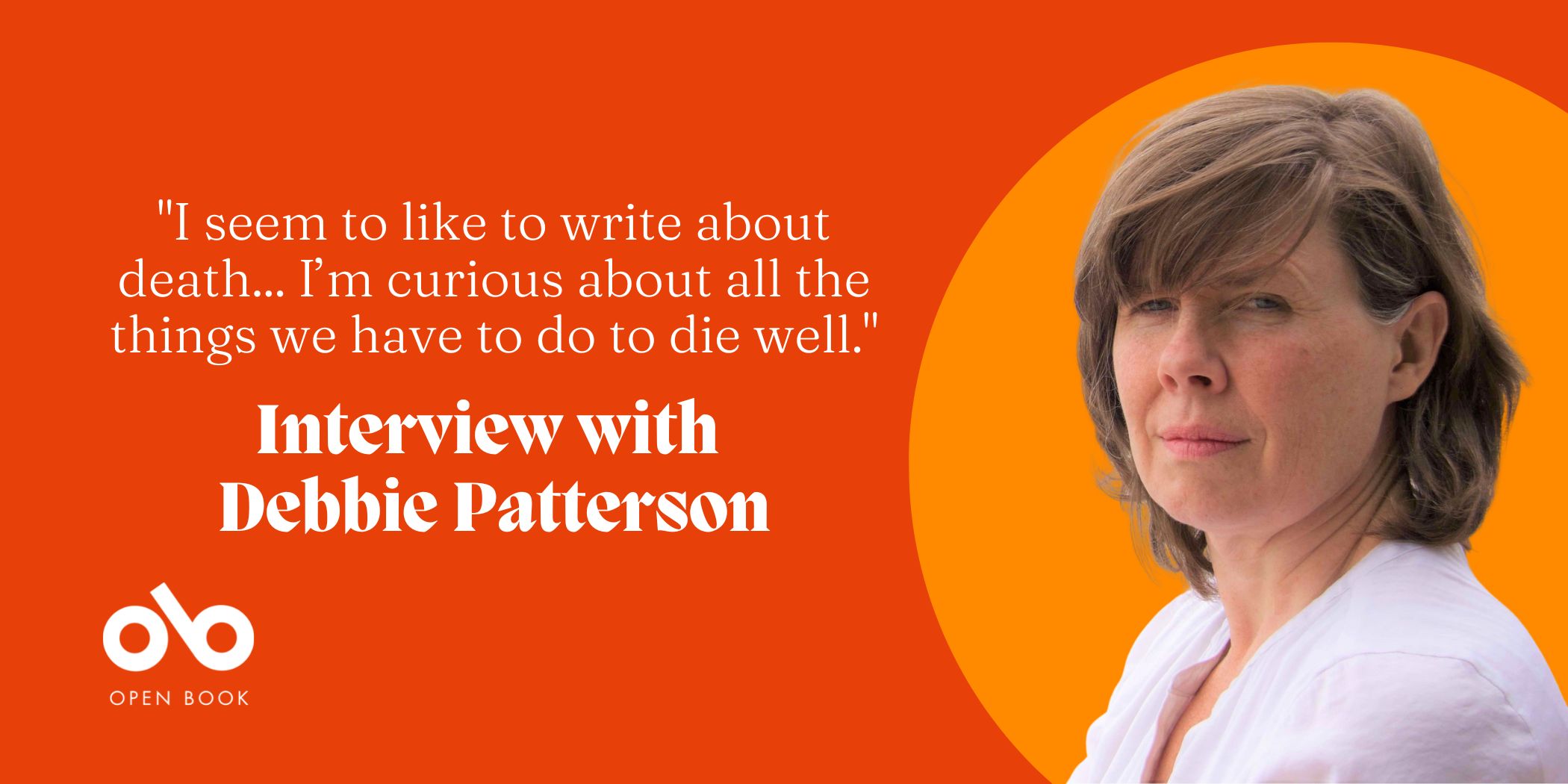 What does it mean to "die well"? If death is the end, is there anything left, at that point, to learn? These are the kinds of questions that fascinate acclaimed Winnipeg theatre creator Debbie Patterson, and her fascination has prompted a gift for theatre goers and readers in the form of How It Ends (Playwrights Canada Press). Known for her incisive, witty writing and ability to tackle heavy subjects with levity and insight, Patterson's experimental play is full of surprises, both formal and thematic, including how merciful and gently funny it can be about one of our most sacred subjects.

Following brother and sister duo Bart, a minister, and Natalie, a palliative care nurse, through their grief about their mother's complicated passing, How It Ends asks probing questions about end of life care, drugs, decisions, duty, consciousness, and more. Existential and joyful all at one, Patterson's script is never didactic, but rather thoughtful, ruefully funny, and wise.

We're speaking with her today about her theatre career, her interest in death and end of life experiences, and how living with Multiple Sclerosis has impacted her creative path. She tells us about the CanLit icon who moved in down the street during her childhood, about how decreasing mobility has changed her writing process, and why she will continue to write about the riveting emotional and mental journey of "how we reconcile ourselves to the immense surrender of this life".

Do you remember an early experience that you believe contributed to your becoming a playwright?

When I was 11 years old, writer Margaret Laurence moved into a house on my street. I had an assignment at school to write a speech about a famous person so I called her up, asked if I could interview her and invited her over for dinner. Then I casually told my parents she was coming over.

Meeting her definitely made me curious about being a writer. It was astonishing to think that was something you could actually do for a living.

I trained as an actor and started writing plays as a means to an end. I was a performer, first and foremost, and writing was a way to generate my own material. I started a puppet company and wrote my own plays, I wrote songs, I wrote monologues. I wrote a couple of one-woman shows.

Then I got multiple sclerosis and began to limp. I knew that my mobility would continue to be affected to a greater and greater extent and thought I would have to stop performing. That was when I began to take playwriting more seriously. I wanted to find a way that I could continue to be a theatre artist while remaining comfortably seated.

My mom went back to University when I was in grade seven or eight, so there were interesting books lying around. I picked up a collection of plays by Harold Pinter and became obsessed with A Slight Ache. I couldn’t really understand what it was about, which is why I think I was so compelled by it. The way the people talked was so interesting to me. They talked about nothing, about boring everyday things, but there was so much going on underneath what they were saying. And this character who never speaks – a match seller – was so enigmatic, so powerful. I couldn’t figure out why it worked or how it worked. I read it over and over again.

My writing has become more page-based as I’ve become less mobile. I used to write songs or poems while I was walking or riding my bike. I don’t find going for a rip in my wheelchair as conducive to that kind of meditative rhythm. But I’ve also started using dictation software because of the impairments in my hands which makes writing a very different process.

I like to write by hand and then transcribe the text into a word document. Then I usually get someone else to read it: a dramaturge or a bunch of actors in a workshop. When I tackle my next draft I use the printed script that’s probably already covered in marginalia. I end up with a lot of crossed out and/or circled text and arrows leading to other parts of the page and numbered asterisks and pages and pages of looseleaf with corresponding numbered asterisks tucked in among all the printed pages. And then I transcribe it and clean it up so someone else can read it. Then I do it all over again.

I seem to like to write about death. I like to write about how we die, how we reconcile ourselves to the immense surrender of this life. I’m curious about all the things we have to do to die well, and I still don’t understand why I think dying well is so important. I think there are things we learn through the process of dying that are important to learn, but I have a hard time figuring out why it’s important to learn something when you’re on the verge of death. Unless the learning is an end in itself and not a means to some other thing, like living well for example. I guess I keep writing about it because it’s a problem I haven’t solved for myself yet.

The worst thing is the loneliness. I sometimes feel like I’m travelling in a foreign country. At the end of a long writing day, I don’t know how to talk to people in my life. Sometimes I want to share things that have happened in my made up world with my partner over dinner. But he can’t experience it like I’ve experienced it in my mind; the world of my play isn’t a real world for him. Then my own life starts to feel like the made up reality and the play starts to feel like my real world.

But eventually I invite other people into my world: first a dramaturge and then some actors. And then if it goes into the rehearsal there’s a whole team of people sharing my world. And then it opens and a whole theatre full of people are in my world. That’s the best part: building a world and sharing it.

Debbie Patterson is a Winnipeg playwright, director, and actor. Trained at the National Theatre School of Canada, she is a founding member of Shakespeare in the Ruins (SIR), and the founder and current artistic director of Sick + Twisted Theatre. Playwriting credits include How It Ends, Sargent & Victor & Me (both for Sick + Twisted Theatre), the musicals Head (SIR) and Molotov Circus (SummerWorks), and numerous TYA shows for Prairie Theatre Exchange. In 2016, Debbie became the first physically disabled actor to play the title role in Richard III in a professional Canadian production. She was honoured with the United Nations Platform for Action Committee Manitoba’s 2014 Activist Award and the 2017 Winnipeg Arts Council Making a Mark Award. She was twice shortlisted for the Gina Wilkinson Prize. She is the matriarch of a family of artists and a proud advocate for disability justice, living a wheelchair-enabled life in Winnipeg and in a cabin on the shore of Lake Winnipeg with her partner and collaborator, Arne MacPherson.

Most of us, when faced with death, wish we could just have a little more time. But what if this is the little more time that we wished for? What are you going to do with it?

Grieving siblings Natalie and Bart have differing views on how we die. Natalie, a palliative care nurse, knows how drugs can help ease someone’s pain, and do so on their own terms; Bart, a minister, believes that surrendering to what may come can bring peace and wisdom. Through this immersive show about end-of-life choices, Natalie and Bart are guided by a disabled angel who helps them address their mother’s final decision and understand their own hopes and fears about death.

Packed with relatable existential questions, this joyously engaging and reflective play offers a welcoming space to think about what comes next.