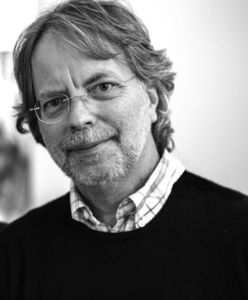 The praise for Mozambican writer Mia Couto's literary talent is so enthusiastic it's almost overwhelming to summarize. With outlets from the Wall Street Journal to Vanity Fair (not to mention the Booker Prize jury panel) praising his novels and short stories as "precise and profound", imbued with "the weight and wisdom of ancient proverbs", it's no overstatement to say that every new English translation of his work can be considered a major literary event.

Which is just what Windsor-based press Biblioasis has offered to readers this season, with the stunning Couto collection Sea Loves Me. Packed with an incredible 64 stories, Sea Loves Me features 36 of Couto's pieces translated to English for the first time ever, including the titular novella.

The stories form a kind of biographical sketch of Couto's interests and passions, with early stories focused on the difficulties of life under Portuguese colonialism to later, fable-like stories exploring fluidity in gender and identity and contemporary explorations of environmental anxieties.

We're thrilled to present a story from the collection here today, courtesy of Biblioasis. With a voice that immediately grabs you, it's a great entry for readers new to Couto and a treat for those already acquainted with his sharp, wise, playful, and absorbing writing.

Excerpt from Sea Loves Me 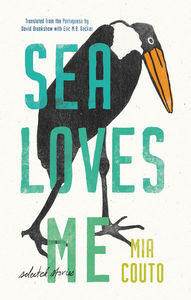 I agree with you, doctor: I’m the one inventing my illnesses. But what can I do, old and lonely as I am? Being ill is the only way I have of proving I’m alive. That’s why I visit the hospital time after time, exhibiting my fevers. It’s only on such occasions that I get attended to, doctor. Badly attended, almost always. But waiting in that endless queue, I have the illusion of being close to the world. The patients are my family, the hospital the roof over my head, and you, sir, are my father, the father of all my fathers.

This time, it’s different though. For I, Friday by name, present myself with a genuine, serious complaint. I have come here all de-clavicled on account of a blow that nearly unshouldered me. It happened while I was watching a World Cup game. For some time now, I have been taking a look at the window display in the Dubai Shopping Centre, on the corner of Avenida Direita. It’s a store selling televisions, and they leave the ones in the window turned on to encourage passing shoppers to make a purchase. I sit on the sidewalk, I’ve got my own spot there. Next to me sit all those beggars who invade the city every Friday looking for alms from the Muslims. Remember? That’s how I got my name, Friday. Think about this: I, who’ve always been such a weakling, got my weekday name.

There, on that sidewalk, I watch the soccer and gain the illusion of having a family. The sidewalk is a corridor in the infirmary. All us beggars lined up get ourselves a roof. A roof that covers us on this and other continents.

There’s only one proviso in all this, doctor. It’s just that I get a really ulcerous feeling whenever my eyes find themselves travelling to South Korea. What makes me envious aren’t all those young men, all those feinting soccer players full of vigour. What I envy, doctor, is when the player falls to the ground and rolls over and over, making a big show of complaining. His pain causes everything to come to a standstill. A world full of real pain stops in the face of a soccer player’s false pain. My troubles are so many and so real, and no referee makes everything stop so that I can be attended to, rolling around as I am inside me, laid low as I have been by others. If life were a soccer field, how many penalties would I have been awarded against my fate?

I know I’m stealing your time, doctor. I’ll come straight to the matter of my shoulder. This is what happened: the owner of the shop ordered the sidewalk to be cleared. He didn’t want beggars and tramps there. It scared away customers and he wasn’t for spending screen time on poor folks’ eyes. I refused to leave, doctor. Does the sidewalk belong to anyone? For me to leave, he had to call the police. They came and beat me up, and as I lay on the ground they kicked me as if they were beating their own poverty rather than me. I declared that I’d

be back today to watch the game. That’s because the Africans are playing and they need me among the spectators. They won’t win if Friday isn’t there. The owner of the shop told me that if I persisted, there would be a festival of fisticuffs. All I’m asking, doctor, is that you should intercede on our behalf. The sidewalk spectators of the Avenida Direita. The proprietor of the Dubai Shopping Centre won’t say anything if the request comes from you, doctor.

So you can see that I came to the hospital not because of some cunning ploy, but because of genuine adversity. You look at me suspiciously, doctor, while you inspect my bruises. Now, concerned, he’s placing me under the eye of an x-ray machine. I’m quite taken aback by such deference. Up until now, I’ve only ever had my photograph taken by the police. If I’d known, I would have got ready, doctor, polished my ivories and combed out my fleas.

But when they show me the photo, I’m overcome by shame at seeing the wretched, crude intimacy of my bones revealed. I almost shout: hide it, doctor, don’t show me like this, for everyone to see. Not least because a momentary suspicion flashes through my mind: those innards aren’t mine. I don’t want to raise your hackles, doctor! But those things aren’t just one or two bones: they’re a whole pile of bones. I can’t be so stuffed full of skeleton. That photograph would make a hyena’s mouth water. I don’t want to offend you, doctor, but please set fire to that film. And let me be, it’s not worth wrapping me up in bandages and rubbing ointments into me. I’ll just be on my way as quick as I can. Don’t forget to phone the owner of the shop, doctor. Please don’t forget. That’s why I came. It was the request, not the wound.

And off I go to where the roads open out. I reach the television store and sit down among the beggars. Just imagine: they’d kept my place out of respect for me. I’m moved by all this. The doctor must have phoned after all, must have remembered my humble request. There are still good people in this world° My eyes gleam not because I’m watching the game, but because of the people looking in at the window display. Who said television doesn’t give us our daily dose of magic?

What I saw in a soothing glimpse was the following, no more, no less: I and the Friday beggars are in the World Cup, we’re a team kitted out in the most fabulous colours. And the doctor is our coach. At that precise moment, we are playing. I’m on the left wing and am controlling the ball, which is a way of dominating the world. Behind me, the crowd roars in approval. Suddenly, an opposing defender clatters into me. Dangerous play, thousands

of voices proclaim. Yes, a yellow card, the doctor yells. But the defender continues his aggression, and the crowd protests even louder. That’s right, ref, a red card! Spot-on! Let’s have justice in the game that we don’t get in Life!

But is the red from the card or is it my own blood? There’s no doubt about it: I need help, I’m not putting it on, I’m really injured. They should stop the game, expel the aggressor from the field. But to my surprise, the referee himself starts attacking me as well. At that moment, it’s as if I’ve suddenly awoken, as if I’ve emerged from the television onto the sidewalk. I can still see the policeman’s truncheon come crashing down on my head. Then the lights of the stadium go out.

This excerpt is taken from Sea Loves Me by Mia Couto, copyright © 2021 by Mia Couto. Published by Biblioasis. Reprinted with permission.

Born in Beira, Mozambique, Mia Couto directed the Mozambican state news agency during the years following independence from Portugal. Since the late 1980s, he has worked as an environmental biologist and a writer. Couto is the author of more than thirty books, which have been published in thirty-five countries. He has won major literary prizes in Mozambique, Zimbabwe, Portugal, Brazil, Italy, and the United States, including the 2013 Camōes Prize and the 2014 Neustadt International Prize for Literature. He was a finalist for the 2015 Man Booker International Prize and the 2017 International Dublin Literary Award. Mia Couto lives with his family in Maputo, Mozambique, where he works as an environmental consultant.

Known internationally for his novels, Neustadt Prize-winner Mia Couto first became famous for his short stories. Sea Loves Me includes sixty-four of his best, thirty-six of which appear in English for the first time. Covering the entire arc of Couto’s career, this collection displays the Mozambican author’s inventiveness, sensitivity, and social range with greater richness than any previous collection—from early stories that reflect the harshness of life under Portuguese colonialism; to magical tales of rural Africa; to contemporary fables of the fluidity of race and gender, environmental disaster, and the clash between the countryside and the city. The title novella, long acclaimed as one of Couto’s best works but never before available in English, caps this collection with the lyrical story of a search for a lost father that leads unexpectedly to love.