Wolsak & Wynn is one of Canada's most dynamic independent publishers, with a stable of authors including Gary Barwin, Michelle Berry, Erín Moure, and Ian Williams, to name just a few. Since 1983, the house has published 125 titles in poetry, non-fiction, and fiction.

Earlier this fall, Wolsak & Wynn announced that Paul Vermeersch, Senior Editor of Wolsak & Wynn's poetry and fiction imprint Buckrider Books, had formed an editorial advisory board with poet Canisia Lubrin, novelist Jen Sookfong Lee, and Griffin Prize–winning poet Jordan Abel. The raison d'être for the board is to increase the editorial reach of Buckrider Books, and to respond to the need for more diverse editors in Canadian publishing overall.

In asking the new board members to discuss the the editorial board's goals and direction, we also asked Vermeersch to tell us how the board came about and why it's essential for Wolsak & Wynn. He described an anecdote that became a rallying point, telling us that during the summer of 2017, Lubrin, while working on a novel project herself, challenged several colleagues in the literary community "to recommend novels by Black Canadian women [currently] under forty, and no one could name a single one".

Vermeersch was deeply concerned. "An entire generation of Black women's voices is absent from Canadian fiction," he noted. "This is the publishing industry's failure and no one else's... BIPOC (Black, Indigenous, and People of Colour) publishing professionals are underrepresented at all levels of our industry, especially in editorial and executive roles where they can most effect positive change... I believe many independent publishers are committed to addressing this issue, and Wolsak & Wynn is among them. I also believe the best way to publish more diverse books is to have more diverse editors in place to acquire them. It is a small step, much needed and long overdue, but I am confident this board can accomplish big things."

We are thrilled that we had the chance to speak with two of the acclaimed writers who joined Vermeersch on the board, Canisia Lubrin and Jen Sookfong Lee (Jordan Abel was unavailable to respond at this time). Lee and Lubrin tell us about the first board meeting, which occurred just a few weeks ago; the importance and positive effects of including diverse voices at every step of the writing and publishing process; and what they as editors are looking for in a manuscript.

You just recently had your first editorial board meeting at Wolsak & Wynn. What can you tell us about the experience? 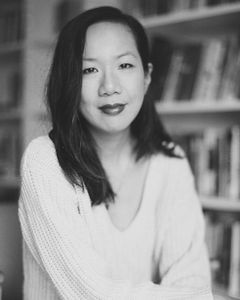 It was really lovely! Perhaps this hasn’t happened much in my publishing life, but it felt really special to be talking about shared goals with likeminded people. We talked about the kinds of books we’re interested in and I felt a lot of excitement about what we can accomplish together.

It was our first opportunity to get to know one another as an editorial team. You can well imagine that we’ve been familiar with each other’s work as writers, educators, etc.. So, after I’d had a minute to pinch myself, I could appreciate the difficult, exciting and worthwhile work that lies ahead of us. Our plan is one that I might have to kill you if I tell you.

Why was joining the editorial board at Wolsak & Wynn important to you?

I say this a lot, but I truly believe that real inclusivity in publishing will not happen until there is diversity built into every step in the process and this kind of board is very key. For me personally, acquiring and editing books is fascinating and fun, so I expect to be a ball of enthusiasm! 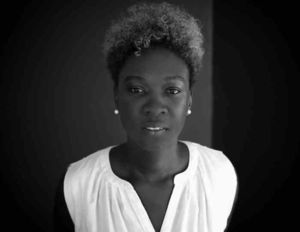 There’s an old saying that those who can do and those who can’t teach. I tend to do both and editing is one of those things that allows me to exist in both worlds. I have formal training in editing and publishing even though what I love is writing itself. As a member of the editorial board at W&W, I am committed to the important work of telling our multivocal stories by keeping the door wide open to works that are forward-looking. I think we’re in a new place in our literature and to place too many strictures on what this looks like seems misguided.

The most important thing for me is that the submission has a distinct and confident voice. And then I look for other qualities, like a willingness to play with genre, a strong emotional connection with the reader, and a story that engulfs me.

A voice that heightens my readerly attention and that puts me in new territory. Most importantly a voice that lets me submit immediately to the power of story and keeps me confident in the abilities of the writer. The main question is: do I want to keep reading?

Since there is an element of subjectivity to acquiring for a publishing house, having multiple board members seems like a strength. In that context, how do you see your particular role on the board? Is there something you feel is different in what you look for vs. the other members of the board?

I’ve been working as an editor and writer for almost 20 years now, and I’ve been with big presses, small presses, magazine, and zines. I think what I bring to the board is a breadth of experience in traditional and non-traditional publishing, with a strong sense of what readers love. I’m a literary writer, but I’m also a fan of commercial and genre fiction. If anyone is writing literary horror fiction, please email me!

I think Paul has brought together a team with different relationships and experiences with literature. This diversity, as you say, is a very good thing. This just means that we’re going to be casting a wider net and expanding the possibilities for what literature is and could be.

How do you envision the future of Wolsak & Wynn's list? What would you most like to see?

I think Wolsak & Wynn has the ability to publish books that are pushing boundaries of genre and theme, that could be overlooked by other presses for being too challenging for literary or social or cultural reasons. I want to see great manuscripts, but I want them to surprise me. Or scare me. Or make me mad. All of that!

How about a literature that is truly reflective of the panorama of this country – or perhaps one that is more and more attentive to how this panorama is shifting.

Jordan Abel is a Nisga’a writer currently completing his PhD at Simon Fraser University, where he focuses on digital humanities and indigenous poetics. Abel’s conceptual writing engages with the representation of indigenous peoples in anthropology and popular culture. His chapbooks have been published by JackPine Press, and above/ground press, and his work has appeared in numerous magazines and journals across Canada. He is an editor for Poetry is Dead magazine and a former editor for PRISM international and Geist. Abel’s first book, The Place of Scraps was a finalist for the Gerald Lampert Memorial Award and won the Dorothy Livesay Poetry Prize. Abel’s second book, Un/inhabited was published in 2014. CBC Books named Abel one of 12 Young Writers to Watch (2015).

Jen Sookfong Lee was born and raised on Vancouver’s East Side, where she now lives with her son. Her books include The Better Mother, a finalist for the City of Vancouver Book Award, The End of East, and Shelter. A popular radio personality, Jen was the voice behind CBC Radio One’s weekly writing column, Westcoast Words, for three years, appears regularly as a contributor on The Next Chapter, and is a frequent co-host of the Studio One Book Club. Jen teaches writing in the continuing studies departments at both Simon Fraser University and the University of British Columbia.

Paul Vermeersch is a poet, professor, artist, and editor. He is the author of several poetry collections, including the Trillium–award nominated The Reinvention of the Human Hand (M&S, 2010) and Don't Let It End Like This Tell Them I Said Something (ECW, 2014). Vermeersch holds an MFA in creative writing from the University of Guelph for which he received the Governor General's Gold Medal. His poems have been translated into Polish, German, and French and have appeared in international anthologies. He edits Buckrider Books, an imprint of Wolsak & Wynn Publishers Ltd. He lives in Toronto.