Yesterday I posted the first part of an interview with Emma Dolan and Catriona Wright, founders of Desert Pets Press. Catriona talked about their evolution from walkie-talkie using friends to chapbook-making companions, and Emma told us about some of the thought and care that goes into designing micropress books, both by their own press and by other presses as well. Desert Pets seems committed to an organic process of design, shaped by the talent they choose to feature.

Here they discuss their two titles, Poems from Still and 300 Hours a Minute: Poems About YouTube Videos, and their upcoming titles for the 2016 Spring Season.

Poems from Still by E Martin Nolan has gone through a bit of a process in micropress publishing already. Where did these poems come from and how did they end up with Desert Pets Press?

Catriona: His chapbook was originally going to come out with Bardia Sinaee’s Odourless Press, and Bardia worked closely with him to edit the poems. Emma actually did some artwork for the original book (which we later used as endpaper in his Desert Pets chapbook). Unfortunately, Bardia couldn’t continue with Odourless (though I remain hopeful that he will resurrect it soon!), so we took over the book.

What made you make the decision to put together an anthology of YouTube poems? Where did this idea come from? I don’t think I’ve heard of a micropress beginning with an anthology in a first season -- with the exception perhaps of Ferno House -- and I think that it’s a great way to introduce an audience to the type of voices you plan on working with. 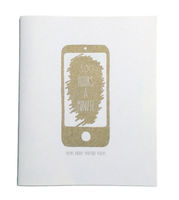 Catriona: Through readings and workshops I began to notice that many poets seemed to have at least one YouTube poem kicking around (for excellent examples of the genre, see Laura Clarke’s The Decline of the Animal Kingdom). It’s this distinctly early twenty-first century ekphrastic form, and I like the tension that exists between something so ephemeral (a YouTube video) and something so tangible (a physical book). An anthology seemed a natural way to explore these types of poems because it mimics YouTube itself with its vast diversity of voices.

And yes, as you mentioned, we wanted to establish the ‘tone’ of the press as open to both the silly and the serious. We had a mix of more established writers and up-and-comers, which was helpful not only for providing many different approaches to the YouPoem (see what I did there?), but also for spreading the word about the press through various communities. Michelle Brown, one of the poets in the anthology, has a chapbook coming out with us in spring 2016.

Catriona, you also work as Poetry Editor for Puritan Magazine. How has the process of editing chapbooks been different from working for a magazine? Do you feel like working with poetry at The Puritan helped develop your editorial skills or has the work you’ve done for Desert Pets Press been totally different?

Catriona: They’ve been fairly different so far. At The Puritan, I’m a member of a big, established team of dedicated people, who do everything from reading submissions to organizing events to tweeting to writing grant proposals. Every year I read through hundreds of submissions, the majority of which come from writers I don’t know personally. It’s rewarding because I get exposed to writers from all over the world, but it’s also daunting because I have to chose between so many excellent poems. 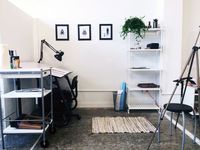 At Desert Pets, Emma and I are responsible for everything. It’s been eye-opening to see how much work goes into publicity and web design and things you don’t initially realize will be vitally important to the success of the press. As the editor, I solicit work from people I know (or whose work I’m already familiar with), drawing on the deep talent in the local community. We may decide to open up submissions at some point for Desert Pets, but for now, we’re enjoying keeping it small.

What’s the next season going to look like for Desert Pets Press?

Catriona: We’re super excited about our spring 2016 books! We’re publishing a poetry chapbook by Michelle Brown and a fiction chapbook by Brooke Lockyer. We’re so humbled that they’ve chosen to trust their gorgeous, daring, badass writing with us.