Desert Pets Press is a brand new chapbook press that launched their first season in Fall 2015. The press was instantly recognized for creating beautiful books with interesting new poetry, which comes as a result of a long-lasting friendship between illustrator Emma Dolan and poet, fiction writer, and editor Catriona Wright.

Jess: Thanks so much for agreeing to this interview, Emma and Catriona! One of the things that interests me the most about this press is that it combines your skills so uniquely -- Emma’s as an illustrator and Catriona’s as a writer and editor. Can you tell us how this partnership formed?

Catriona: Thanks for interviewing us, Jess! I’ve known Emma for over fifteen years. We lived across the street from each other during middle school and high school, and we used these Degrassi-themed walkie-talkies to converse/conspire (of course, one of us had to call the other on the phone first to make sure the walkie-talkies were both on, so maybe it wasn’t the most efficient way to communicate but it was definitely the most fun). At the time, Emma was painting and drawing, and I was writing terrible poems, but it didn’t really occur to us to combine our interests, and even if it had, we would have been way too shy/insecure back then to show these efforts to anyone else.

After going to universities in different cities, we both moved to Toronto. Emma did the Publishing Program at Centennial and began designing book covers. I was enrolled in the MA in Creative Writing at the University of Toronto. We joked about starting a micropress together, and then a few years later we talked about it more seriously, and then we forgot about it for a while, and then Emma wanted to have more creative control over the book covers she was designing and I wanted to give back to the small press community by publishing writers I admire so we resolved to do it, and then we procrastinated for six months, and then we tried to pick a name for three months (which resulted in many text messages and absurdist Google searches), and finally, finally, Desert Pets Press was born!

Jess: Emma, has anything surprised you about being involved in micropublishing? Is this something you’ve always been interested in?

Emma: I think I've been most surprised by how welcoming and supportive the small press/micropress community has been! Not that I expected them to be unwelcoming, but my first experience was at Meet the Presses and I was blown away by how open and genuinely interested people were in what each other were working on. I'm realizing it's quite a tight-knit group, everybody keeps up with what each other are doing. Everyone shares ideas and advice, I've learned so much from other presses. 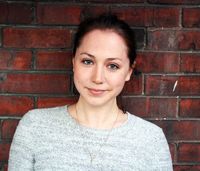 The majority of my background is with mid-sized publishers and in my experience there is quite a divide between the writers and designers, but in the world of micropublishing the editors are most often writers themselves (and in many cases they are also doing the design and production). Which brings me to another surprise: just how beautiful everyone's books are! The level of thought and care in the design of the book itself is incredible. Catriona and I need to up our game!

Jess: I’m not sure if you need to up your game -- so far the books are so special and beautifully made! Your first two chapbooks, Poems from Still by E Martin Nolan and 300 Hours a Minute: Poems About YouTube Videos, have a distinct design, yet the books really felt like they were part of the same season by using a similar printing colour scheme. Is this look and feel something that you are going to continue throughout your seasons or have you thought about making changes to the design process next season?

Emma: You know, it's really hard to say! We knew we wanted to have certain elements of the design unify the books, but figuring out what those would be really depended on the poems/poets themselves. We didn't have a preconceived look for Desert Pets books at all. There are so many possibilities when it comes to style, I have my own style as an illustrator, but that doesn't always work tonally for the poets we want to collaborate with. The look of Still and 300 really came together when I realized Colour Code (the awesome printer we worked with) could print gold Risograph! Sometimes there are just one or two little elements that come in and clarify scattered ideas.

I think DP is still evolving. Our goal at the moment is just to keep collaborating with amazing people and grow and develop organically. 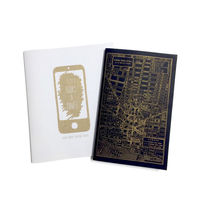