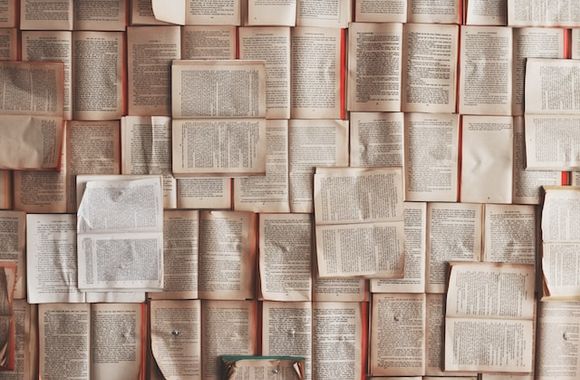 My favourite assignment during my time as an undergraduate student at the English Literature Department in Mexico’s National Autonomous University (UNAM), was the translation of a short story of my choice from English into Spanish. If I remember well, it was my third year and we were given little, if any, guidance to perform this task, but I was too excited to mind. Since this was merely an exercise and we were not going to publish our translations, acquiring the rights to the text was not something we had to worry about. That meant that every single piece available out there was game. This, to me, was the equivalent to being let loose in a bakery full of delicious treats with the proviso that I choose just one of so many possibilities, that I eat every little crumb of the one I selected, and then that I bake a new version of it, one that tasted just as good, but using my own ingredients.  It was both a daunting and fascinating mission.

I must have read and re-read at least two dozen stories before I settled on the one that captured my imagination the most: James Thurber’s brilliant “The Greatest Man in the World.” Originally published in the New Yorker in 1931, it narrates the adventure of Jack (Pal) Smurch, who becomes a hero by “making a non-stop flight around the world, and landing it back in New York in his little monoplane.” There is much more to that story, of course. Thurber’s use of irony and satire are at their finest in this particular portrayal of American society; his witty lampooning of his fellow countrymen’s unique thirst for everything super, from superlatives to superheroes, is baked to perfection. Little did I know back then, when I was working on this —my first— translation, that three decades later a certain American president would make me think of Smurch almost every day, but I digress. Forgive me.

I became acquainted with Thurber’s writing not through my university courses, mind you, but through my love of Mexican writer Jorge Ibargüengoitia, who was his great admirer and whose books I devoured precisely because of his use of irony to highlight the darkest aspects of Mexican society. I have always appreciated, and even envied, those writers who have tamed the art of satire. Such a precious talent! I thought that perhaps, by translating Thurber’s story, I would be able to take a peek behind the curtains and understand how satire is created. Explore its mechanism the way a watch maker explores the entrails of an unfamiliar timepiece. My translation, if it were to be any good, would have to be as incisive in Spanish as it was in English. Would I be up to that challenge?

This exercise proved incredibly valuable in many ways. My vocabulary broadened as I searched for words that would match Thurber’s register and tone, and I began to understand something that I later confirmed: that the literary translator is, undeniably, a writer. And a writer that must be even more in command of their craft than the author themselves. The flexibility, the vast linguistic and cultural knowledge required to move from the world of the original to the world of the target language is nothing short of breathtaking.

My rendition of Thurber’s story into Spanish was good, but not fabulous, and I certainly haven’t been able to apply the use of satire to my own writing. But I remember my professor saying that I had definitely nailed the translation of the dialogues. I’m sure that my experience as an actress had everything to do with that. I can always picture the characters on stage, hear their voices, and when I read their words out loud they fall into place more easily. For bilingual writers, translation as an exercise might help reveal both strengths and weaknesses which then, in turn, can be addressed, honed, and boosted in their (our) own prose. There is much to gain by taking the plunge. Have you tried it? Go for it if you can! Each translation is a challenge and a lesson that strengthens our relationship to the written word —and the written world.

Not surprisingly, I’m an avid reader of works in translation. It’s my way to walk the talk and support a craft I respect and admire. In that spirit, I would like to end this post by setting the table and offering a buffet that consists of a (very short) list recommendations of some of my personal favourite translations of recent Latin American literature into English. May one, or all of the books below be a discovery for you, and whet your appetite for more.