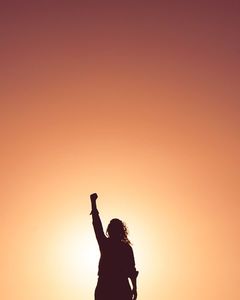 “Plant a tree, have a child, write a book.” Whether it was Cuban poet and freedom fighter José Martí or some other worthy who first uttered this maxim is irrelevant. What matters is its message: in order to ensure a palpable legacy, it is necessary to create something lasting.

As a writer who teaches for a living and happens also to be a mother of three, I have been giving much thought to writing as a form of giving birth, especially since the start of the pandemic and its initial lockdown back in March 2020. And all this rumination has lead me to the conclusion that, as reasonable as that maxim sounds, it’s glib, wrong, and unfair. Why? Please allow me to explain.

I was never a plant person myself, but during the lockdown I suddenly craved greens. Not only did I plant trees in my back yard: I filled my home with houseplants that have since grown and thrived thanks to my daily care. My transition into plant lover was swift and easy to make. In contrast, mothering my then already 19-year-old twin daughters and 10-year-old son during those endless fearful months, was one of the hardest things I have ever done (and twins are already quite the package to begin with). Fortunate as I was to remain employed by the universities where I teach part-time, and to be crafting the short-stories that later populated No Stars in the Sky, I felt that no matter how hard I worked and how much effort I put into complying with my duties, it was never enough. I felt that my days did not have sufficient hours for me to divide myself into the several Marthas that were required to tend to my children’s needs and anxieties, my students’ needs and anxieties, and my own stress as I tried to run the teenage jail that my home had to be turned into as smoothly as possible, while keeping up with all my other professional and domestic obligations at the same time. It felt like having to play the roles of orchestra conductor, soloist, and concertmaster at the same time, right after having cleaned the entire concert hall and sanitized the stage, making sure everyone was safely in place and ready to play their own instrument in tune. Sheer madness. Oh, and don’t forget to smile for the camera!

It was during a night of pandemic insomnia that it finally dawned on me how unrealistic that maxim of “plant a tree, have a child, write a book” truly is —and how patriarchal. This is not meant as an attack against males, but let’s be honest: men in traditional relationships can plant a tree and have a child and then write a book (or dozens of them) because their spouses or partners will most likely tend to the garden and be in charge of the child rearing. I know that men may well have been handling day jobs and writing at night during the pandemic (a great example are those medical doctors who have penned amazing stories and novels recently). And I’m aware of the fact that more fathers than ever before are closely involved in their children’s lives and care. But I want to point my finger at how traditional gender roles and relationships still allot women the shortest end of the stick when it comes to time for themselves, and note how this affects our writing.

Back in May I participated in a tribute to Carlos Fuentes, the celebrated Mexican writer, and as I went over his impressively long list of published works I couldn’t help wondering if he would have been so prolific had he been Karla Fuentes instead. But, alas, he was Carlos and he let his first wife, Rita Macedo, and then his second wife, Silvia Lemus, take care of his home and offspring while he produced the volumes that changed, and helped shape, the Mexican literature of the second half of the 20th century. He was not the only one, of course. Nobel Prize winner Gabriel García Márquez famously handed his wife, Mercedes Barcha, a meagre amount of money and instructed her to find a way to keep their home running for the next two years while he focused on writing One Hundred Years of Solitude. She, of course, obliged, and after much hardship they both shared his financial success, but the one who received all the credit for it was him.

This, of course, is not new, nor something that happens exclusively in Latin America. Raymond Carver used to seek refuge in his car in order to write because he was a father, and his home environment was too noisy. But he was free to drink and write in his car only because his wife was inside the house making sure the kids stayed alive.  I am in no way minimizing the effort and work that Fuentes, García Márquez, Carver, and so many other successful male writers put into their literary creations. I’m simply saying that they weren’t fully in charge of changing diapers or cooking or driving their kids to ballet or to the doctor or any other etcetera as they crafted their most emblematic works. And that makes a huge difference. Plainly put: the playing field where the plant-child-book three-card-bingo is played has historically been, and continues to be, at the very least, notoriously uneven. It is clearly not enough to plant a tree or have a child. That’s the easy part. The real work comes afterwards. And as the pandemic made clear, that very specific real work is still, for the most part, a woman’s job.

I am an immigrant woman. A mother who writes, a writer who mothers. I’m also incredibly grateful for the many blessings and opportunities I have received and which have allowed me to pursue my writing career. Having access to this very platform is a huge privilege —one I want to use today to acknowledge and celebrate all my fellow women writers for their bravery, resilience, and perseverance. I want to celebrate the will to write no matter what, and honour all of our stories: the ones that are still unborn, the ones that were stillborn, the ones that are being brought into the world on a computer screen or on a piece of paper right now, the ones that have made it to print, and those that never will.

We don’t openly acknowledge enough how hard it is to be both a writer and a mother/caretaker even during the best of times. But it’s crucial to pause for a second and recognize the value of the individual journey that has been —or is being— undertaken. Thank you for planting so many real and metaphorical seeds and overseeing their healthy growth. Thank you for taking care of your frail loved ones and being the glue that holds the pieces of their lives, and yours, together. Thank you for having children and, in spite of all the frustrations, challenges, and bitter moments that flair up along the road, raising them with tenderness. And thank you for writing the books that I, as a reader, enjoy the most, and cannot get enough of. Please make sure you write more than one.