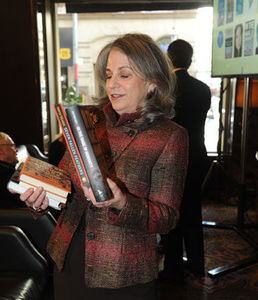 This morning in Toronto, one of the most prestigious non-fiction prizes in Canada announced their 2018 shortlist. The 2018 jurors — Christine Elliott, Anne Giardini, and James Polk — announced the five finalists for the seventeenth RBC Taylor Prize, whittling down from the ten-title longlist.

The list features two books that have already attracted prize attention: James Maskalyk's Life on the Ground Floor (which won the Weston Nonfiction Prize) and Tanya Talaga's Seven Fallen Feathers, which was nominated for both the Weston and the B.C. National Award for Canadian Non-fiction.

For non-fiction buffs, the finalists will participate in two public events: a free 90-minute Round Table Discussion with the shortlisted authors in the Lillian Smith Library on February 22, 2018 at 7pm (presented by the Toronto Public Library and the IFOA) and the Ben McNally Authors Brunch on Sunday February 25, 2018, at the Omni King Edward Hotel in downtown Toronto (for tickets, please contact Ben McNally Books at (416) 361-0032 or visit benmcnallybooks.com).