Moments of liberation—such as those of revolutionary rupture, or personal “peak experiences”—matter enormously, insofar as they remind us that conditions that once seemed fixed are not, and create opportunities to alter course, decrease domination, start anew. But the practice of freedom—i.e., the morning after, and the morning after that—is what, if we’re lucky, takes up most of our waking lives...

The question is not whether we are enmeshed, but how we negotiate, suffer, and dance with that enmeshment.
— Maggie Nelson

I am reading the Introduction to Maggie Nelson’s book On Freedom: Four Songs of Care and Constraint, when I notice the toad that lives in this cabin with me hop along the carpet, approach my bag, and begin to climb up it onto the couch! At first I think it is a frog, but then I notice its skin is dry and sort of warty looking, so I think it is likely a juvenile toad, but when I see it climb up my bag I think perhaps it might be a tree frog, because of course, tree frogs can climb trees. I do not know if there are such a thing as tree toads, or whether or not toads can climb. After spending some time online trying to identify it, my closest conclusion is that it is a baby Western Toad. Though I have seen many frogs and toads in my life, I have never cohabited space with them, nor have I ever seen one climb a tree, let alone my bag onto a couch. And then, it is hard to believe, but it is true, the little being perched itself on the top of my copy of Merlin Sheldrake’s Entangled Life, seemingly quite at home amongst the elaborately rendered fungi dotting the front cover. Moments later, it crawled to the edge of the couch, and hopped back down onto the carpet. 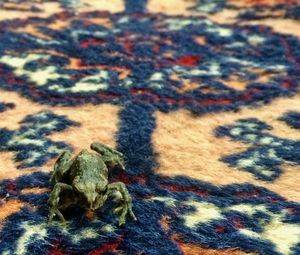 Now I am holding the synchronous mind-bending co-occurence of encountering this being encountering the Entangled Life book while I encounter Nelson’s reflections on the unending experiment that is the practice of freedom.

I am distracted by the amphibian being because it is now under my writing chair, so whatever clear thought I thought to follow in quoting Nelson’s thoughts about dancing enmeshment, have now become enmeshed in my curiosities about my new roommate and what I am in the process of learning through these enmeshments.

I am staying in a cabin on the edge of a rainforest on Tsimshian territory in order to work on the structure of my latest manuscript, which one editor suggested to me I not be shy to take a sledgehammer to. I would never take a sledgehammer to my work, preferring instead metaphors of weaving and unraveling, or cutting apart and collaging into a more resolute enmeshment of disparate yet interrelated parts, yet his point is taken, and I’ve managed to carve four days out of my life to sit with the work and see where we take one another.

I brought Maggie Nelson’s book with me on purpose, and oddly enough, I also brought with me two collages I made recently of frogs and toads spending time in curious enmeshments, but I had no previous conception that this amphibious being would also be here as part of the work. Yet when I arrived here at dusk two nights ago and opened the door, this creature was there at the threshold. I felt that I understood immediately that the toad was to be part of the work, because of the images I had brought with me, and the significance of thresholds and the significance of crossing over from an outside space to an inside one, literally, as into the entrance of the cabin, as in between land and water, and figuratively, as in the delineation of a small length of time to immerse myself in the writing process without the ongoing entanglements of my daily life that hold my care and constraint.

I scooped the being up and put it outside, worried I would step on it, expecting I wouldn’t see it again, and an hour later, there it was again on the bathroom floor! I put it outside once more, thinking perhaps there were in fact two of these beings in the cabin, and later in the night, there it was again on the kitchen floor. Then I noticed a little hole under the door, just the size for a tiny toad to slip through.

As I write this another toad being emerges from under the bathroom door and I now know there are two of them. That I have put both of them outside and they have both returned. They, in fact, live here, and I am sharing the space with them to do my work.

Now they have become part of the work.


Their influences are nuanced. I do not know how to think through them, but I do feel I am thinking with them as I am thinking through Merlin Sheldrake’s and Maggie Nelson’s work, and thinking through my own work, and the enmeshments of the interstitial space through which entanglements such as these flow and articulate in relationship — the stuff the current manuscript sifts through, the parts of the manuscript that I am working to rearrange into some kind of interrelated whole.

I am grateful for the amphibious beings’ presence, because it is wholly unexpected and wholly beyond anything I could have imagined. It reminds me that I have no idea what is possible. Now I am reading Maggie Nelson through this influence, and I do feel this co-occurence influences the reading.

I do not know yet in what ways these synchronicities will enmesh themselves in my emergent work, but I am grateful and heightened by the dance I feel unwittingly invited to. Spending time creating in the presence of these influences.

Although we have not walked to the river today, reader, for this final post, we have walked across a threshold, and I am grateful to Open Book for holding a space for these wanders, and to you for reading with me what I am reading in the books and spaces we have wandered into over these past weeks.
hamiyaa, merci, with gratitude, 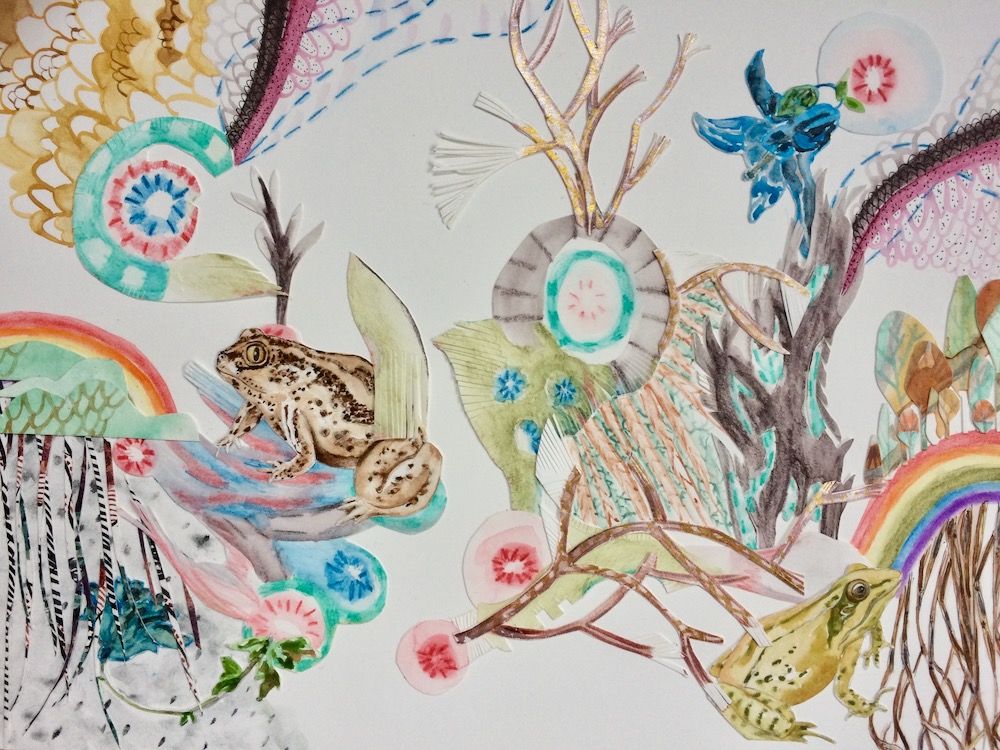