Kilby Smith-McGregor’s debut poetry collection, Kids in Triage, explores the in-betweens that exist just out of sight. Psychology/biology, art/philosophy, literature/legend all expose their connective tissue that often goes overlooked, causing the red lines that were assumed to be dividers to show themselves as illusions. Though primarily a writer of short fiction and essays, Kids in Triage brings together her first poetic works.

Bodies are ground zero for me. Ever since my consciousness realized it was attached to one, I guess. That could be a failure of imagination in terms of subject matter, but I prefer to think that mind/body questions provide a great springboard from which to attempt empathetic leaps. There’s a lot of characterization in the book, and my way into character voice has always been through character bodies, the way that experiences—trauma, certainly; but also joy, desire—play out on that field. The physical can’t be separated from the psychological, and that fraught relationship is at the core of all my writing across genres.

The composition period of these poems spans roughly ten years, and I often regarded them as secondary to the fiction or essays I was more consciously pursuing. It was only at the prodding of my eventual editor, Paul Vermeersch, that I granted myself permission to open up to these poems as the possible guts of a collection and really stare them down. It was revelatory. The way our psyches pattern associations and obsessions stuns me. During the last fifth of the drafting process I was more conscious of the work’s threads and resonances, but I was still discovering internal connections during the copy edit.

Once poetry opened up for you, how did it affect your other writing? As how did the epiphany come to you? Was it in the moment, as you were writing, or was it the end of a process?

I think the revelation, genre-wise, was that it’s all the same brain—that I could trust my intuition, and that being a ‘poet’ didn’t necessarily require anything other than attentiveness to modes of thinking that were already there. Being looked at as a poet by someone else makes you want to work to recognize that in yourself, too. It happened gradually, and was at final count more about recognition, or acceptance, than revelation. But I do think I’m at least on the threshold of being able to say ‘yes, I’m a poet,’ now. Other people’s good faith got me there. 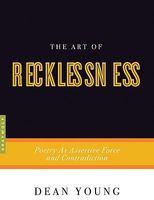 helped me write poetry: obsession with form, the curve and break of the sentence/line; associative impulses rather than narrative—or at least plot-centered—ones; primacy of the visceral over the descriptive. I hate feeling ‘described to’ as a reader; I want to feel inside something. I also started reading much more poetry in the last year and a half and that has helped me feel more comfortable. When I was in the mid-stages of drafting the manuscript, though, it was Dean Young’s The Art of Recklessness (part of Graywolf’s stellar ‘art of’ series) that helped me loosen up—not reading poems but reading about writing them. Some of the last poems written for the collection abandon narrative entirely. That felt liberating.

It's interesting you bring up Dean Young's The Art of Recklessness because both that book and Kids in Triage are prefaced with Wallace Stevens quotes about violence. (“A. A violent order is disorder; and/ B. A great disorder is an order. These/ Two things are one.” and “It is a violence from within that protects us from a violence without.” Is this a similar kind of violence—the struggle between mind vs. body and narrative vs. non-narrative?

Wow, I’d completely forgotten Young’s epigraph. This is a compelling set of relationships you’ve thrown light on. The mind/body/narrative/associative constellation pretty much fills my sky, if I can put it that way, and constantly seems to be reconfiguring itself. My nights are streaked with comets of their escaping fragments. There’s a line in my poem, “Red,”—Someone else’s idea of healing—which refers to what the poem posits as a false continuum of red-toward-white, (encompassing open wounds and scar tissue, but also immediacy versus objectivity, hot versus cold). I could say that narrative is someone else’s idea of healing. But the weight and expectation of narrative is also the pressure under which meaning is made, like diamonds from carbon. 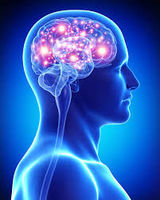 Meaning depends on relief, on relationships. There’s an early story of mine in Conjunctions, Without a Body, that hinges on the characters’ desire for narrative and causality in the face of violence; it takes the form of a reverse-chronology creation myth. I guess the kind of narrative that does interest me is the narrative that substitutes the weight of time and mortality for a version of story as neatly causal and event-based. The narrative pressure that interests me is that of death. While it may not be every writer’s context for writing, many talk about it, and I’m of that school. I wrote at length about narrative and death for an essay called Other People's Words online at The Kenyon Review.

The relationship of mind to body could definitely be viewed as one between order and disorder—the rational mind attempting to control the body or neutralize it by forcing it to make sense. Again, I could ascribe those qualities to narrative, equally. But the wonderful thing, to me, is that mind OR body, narrative OR non-narrative doesn’t really exist—the impact of both writing and experience comes from the fraught, violent, relationship of both/and (as opposed to either/or). This is how, to borrow Stevens’s words, these two things are one. Even abandoning narrative has a relationship to narrative. That violence, the violence of ordering— pinning down the experiential imaginary, imperfectly, in words—is the true violence that obsesses me. It’s the violence of articulation.

While rereading "Red," after thinking about this idea of narrative, another line from the poem ("This is not a productive conception of time (toward white)—/it is a concession.”) struck me. We seem helpless to narrative, perhaps even on a biological level, as that is how our minds view the world: always in the past, never in the present. In this way narrative seems less like a conception of the world and more of a concession. It’s not a choice that the only way we can make sense of things is by thinking about them in the past tense. So then in terms of your own poetics, what is your goal in ordering or articulating conflict and how do you go about it? Do you have a process?

My natural bent is to hold as many things in simultaneous relationship as possible. I’m greedy for paradox and inherently ambivalent. My relationship to the act of writing, on some level, is that the second I sit down to put words on a page I want those words, that work (whatever length, whatever form), to somehow express everything that my consciousness has taken in up until that moment. Everything I’ve lived, everything I’ve witnessed or dreamed or read about. This is ridiculous and high-handed, but it actually feels like that, physically, a crushing combination of urgency and resistance, which I’ve come to enjoy in a way (—“one foot in tragedy, which lacerates as it delights,” I can’t help but think; fucking thanks, Nietzsche). My writing process is sort of a series of moderated concessions to not writing everything. Stripping away layers of association that are just clutter, or empty play, and not reverberating with the core of whatever eventually reveals itself as a focus or fulcrum. Interestingly, this stripping down of possible interpretations, for me, doesn’t usually mean cutting text—it means adding text: detail, specificity, clarification.

Novelist Michael Helm was my fiction prof way-back-when at York and one of his tests of literary fiction was that any given paragraph needed to have more than one thing going on concurrently to be worth its salt. Achieving that was never a problem for me, but achieving comprehensibility sometimes was. A crowd of contradictory meanings all yelling across one another doesn’t offer complexity it just offers confusion. That’s the concession, for me, placing limits. And perhaps the most exciting challenge is to try and hit that moment of complex correspondence and resonance right before it breaks into complete chaos. Articulating this now, it does seem like I was rather late to the party in terms of realizing that poetry might be a good fit for me. Ah, well…retrospect, right? There may be a narrative in there somewhere.