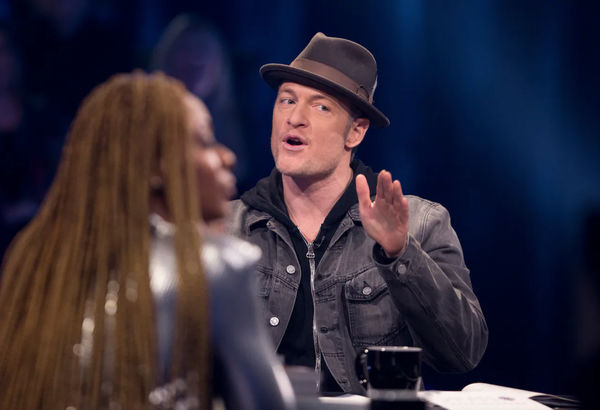 Each year on Canada Reads, five books of fiction and nonfiction are chosen by Canadian celebrities who advocate for their book of choice as one that “all of Canada should read.” One book is voted off by the celebrity defenders each day over the course of four to five days. In 2014 and 2018, two novels by immigrant writers were second runners-up and received similar criticism on the show.

Cockroach by Rawi Hage, a contender in 2014, and American War by Omar El Akkad, a contender in 2018, were both deemed as dark and difficult books whose bleak, existential visions of the immigrant and refugee experience were seen as unfit to “change the nation.”

Cockroach by Rawi Hage is about an immigrant who arrives from a war-torn country, Beirut, to find a new life in Montreal. He’s living in isolation, despair, and poverty and is forced to see a therapist after a suicide attempt. He steals in order to survive and also to win an Iranian girl he’s fallen for in Montreal. At the end of the novel, he murders a man who attacks her. Throughout the novel, he considers himself to be like a cockroach and sometimes has delusional conversations with a cockroach.

Throughout Canada Reads the criticisms that Cockroach received were consistent: the novel was deemed as too dark, too derivative of Kafka, and its lyrical style was seen as “overkill.” For me, the most stirring discussion was around the “immigrant experience,” which began on the first day and stuck throughout the show.

On day 1, Samantha Bee, the comedian and actor who was defending Cockroach, acknowledged that the unnamed narrator of the novel was angry and lonely and that some of the things he did were “downright objectionable,” but that the struggles of the unnamed narrator gave thousands of faceless immigrants a voice. In response, Stephen Louis, a philanthropist, said, “I find the Cockroach theme to be … so unsettling to the reader […] You wouldn’t want to go out and say, ‘this is the immigrant experience, we’ve got to change it.’”

Wab Kinew, a defender of another book on the show, The Orenda by Joseph Boyden, added: “When I volunteer in the immigrant and refugee community in Manitoba, the immigrant issues that I hear about there are about getting credentials recognized, it’s about security for children, it’s about child care, it’s about education, and I didn’t see those themes coming out strongly in Cockroach […]”

On day 2, another defender, Olympic athlete, Donovan Bailey, said: “Ultimately, I don’t think it’s a true depiction of the typical immigrant experience. All immigrants — most immigrants — are here working fifteen jobs, to ensure that Canada is giving them freedom, that their kids can go to university […] and do well. ”

Between 2014 and 2018, I was using drugs. I was hospitalized for major depressive disorder and a substance use disorder several times, and I was actively in recovery. So, can you imagine what it felt like for me – an immigrant, a recovering addict, and a writer – to hear that someone like me isn’t representative of the “immigrant experience” in Canada?

Every spring when it’s time for Canada Reads, I feel utter dread. I remember how distinctly that conversation singled me out and reminded me I did not belong. You may be thinking who cares, it’s just a TV show, but I care. I care deeply about Canada Reads because it includes the general public in the things that I do privately i.e. the reading and writing of books. The general public includes my relatives and people in my communities – people outside the scholarly, literary, and publishing worlds – for whom Canada Reads is a reminder of books and reading, and why they matter.

In 2018, Omar El Akkad’s American War received similar criticism to Cockroach when book defender Jeanne Beker said that it had nothing to do with Canada and that it “celebrates revenge… and that’s why it’s soul-destroying.” Similar comments were made about Cherie Dimaline’s The Marrow Thieves, which led to a groundbreaking debate between Jully Black and Jeanne Beker about “colonial privilege” – a debate that emphasized the need for dark and difficult stories to be read.

Scholar Sara Ahmed has repeatedly discussed the figure of the “melancholic migrant” to show how happiness has long been a disciplining mechanism of oppression, one that is “promised to those who want to live life the right way.”

The case for unhappy, difficult, and transgressive stories has become stronger since 2014. The 2018 series of Canada Reads certainly had several watershed moments in which book defenders such as Jully Black, Mozhdah Jamalzadah, and Tahmoh Penikett all gestured towards how difficult books can undo the grand narrative of the happy immigrant, which maintains the status quo of colonial privilege.

In 2015, the Ottawa Citizen published a piece by Michael Smolander titled, “Canadian Literature is Intimately Linked to Multiculturalism.” Smolander cites author Ken McGoogan, who acknowledges that a novel is deemed to be Canadian when it reflects an attitude or sensibility that majority of Canadians can relate to. Smolander says that Hage’s Cockroach implies that “for some Canadian writers, the multicultural project [that is the implementation of a multicultural policy that encourages diversity and tolerance] since the 1970s has not been a resounding success,” and that “novels expressing dissatisfaction […] are an important measure of democratic vitality and can act as a guide for policy reformers.”

I have never stopped feeling the dread that I felt in 2014 when Cockroach by Rawi Hage was discussed in the way that it was. I know from lived experience and the books that I love that the stakes of literature to effect change (in a broad sense) are the stakes of the underdog… I can’t help but wonder who the “us” might be in this year’s theme for Canada Reads, “One Book to Connect Us.”

*This column first began as a paper presented at the Modern Languages Association (MLA) conference in Chicago, 2019. Gratitude to all who came and expressed interest and encouragement for my research.