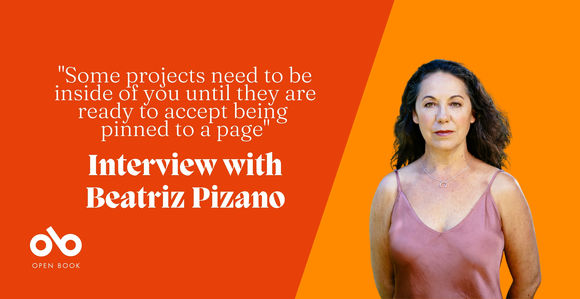 As a playwright, director, actor, and activist, Beatriz Pizano has made a name for herself creating theatre that is daring and emotionally complex. She's been highly decorated for her incisive, compelling work, including being the first Latinx woman to receive a Dora Mavor Moore Award, amongst many honours.

Her newly published play, Dividing Lines | Líneas Divisorias (Playwrights Canada Press), was staged as a powerful solo piece incorporating live photo-essays to explore complex issues of end of life care, euthanasia, and the depths of familial love, as well as immigration and independence. Focused on Pizano's loving relationship with her mother, who she cared for through Alzheimer’s, Dividing Lines is both heartbreaking and thought provoking, asking questions about how to process grief and loyalty when our most loving act may be the impossible decision to end to a loved one's suffering.

Pizano, who is also the founder and artistic director of Aluna Theatre, the oldest Latinx theatre company in Canada, talks with us today about her experience as a playwright, from finding answers to writing questions in her dreams to watching the Canadian theatre community slowly evolve away from a strictly Eurocentric perspective.

She tells us about why "writing fast" isn't always what it looks like, why one of her favourite playwrights—the great Federico Lorca—is more relevant than ever, and why she views a play as written as "just the skeleton that allows the process to begin". 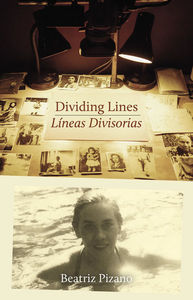 I am a writer/director. I emphasize that because it makes a huge difference on how I approach playwriting. I hear and see the story on stage as I write. Sometimes it is the image itself that makes me write the first word on the paper. With my last play, The Solitudes, I was rereading One Hundred Years of Solitude in the jungle in Colombia and suddenly I saw these women in our studio... standing alone. That was how that piece began.

And yes, I sometimes dress in certain ways when I sit at the computer. I speak out loud. I read all the characters. Until they start talking back to me. There are times, especially when I am working toward a deadline, that I wake up—not even shower or eat—and just sit at the computer for hours. I like jumping from the bed to the computer. Not even letting my mind “wake-up”. When I’m really involved in the piece I write it in my dreams—I find solutions or answers to the questions I posed before falling asleep—so when I wake up I need to write right away before I speak to anyone at all. Not even my cats. There are so many ways of writing. I think the story determines what process you are going to undertake. For me, at least. I can write very fast. But the truth is that when I am able to sit down for three weeks and produce a complete draft, it is only because I have been thinking about it, even in the subconscious for a while. Then it feels like it just came. Some projects need to be inside of you until they are ready to accept being pinned to a page. Others never do. I have written plays with an actor on their feet over a long period of conversations and improvisations. Then, almost at the end of the process, we put it down on paper.

What one play, from any time period, do you wish you had been the one to write?

Blood Wedding by Federico Garcia Lorca. Or almost any Lorca play. I think he is brilliant. He has a real understanding of the human experience, and especially of passion. Of those emotions that make us do things we never thought ourselves capable of. The space in which love and death exist, side by side. There is nothing like playing one of his characters. They are deep, conflicted... living in a society that stiffens them. I recently performed [The House of] Bernarda Alba and I felt that the issues that women face now have not changed much from when he wrote that play. We may think they have, but if we look at what ultra conservative governments are taking away from women rights at this very moment... yes, you find yourself in a Lorca play.

You just keep trying to understand what the scene is trying to tell you. In my trajectory as a playwright/director I find that many things that are not understood by others turn out to be the jewels of a piece. You just need to keep looking at it and find its essence instead of getting stuck on how it is written on the page at that moment in time.

How would you describe the theatre and playwriting community in Canada? What strengths and weaknesses do you observe within the community?

We all have our opinions about this matter. I am an immigrant. Therefore, I come from a whole different way of telling stories and looking at the world. Until now, Canada has mostly produced works that come from a Eurocentric approach to dramaturgy. From a very colonial way of telling stories. That is slowly beginning to change but I think we have a long way to go. Diversity is not only about including other voices but also about recognizing other perspectives. I think this has the potential of making Canadian theatre very exciting in the future.

I have never agreed with this idea that the written play is the Bible. For me the play is just the skeleton that allows the process to begin. Sometimes, a play begins from a design concept and the written word comes after. Theatre is not literature. Theatre is what happens in a room with all the collaborators. A not too good script can be made magical by the work of a team and their collective talent. Because when you are in a room, we are all working with the collective unconscious of that group. The work inspires us to dream, to come up with images, ideas. We all affect and “infect” each other. It is a collaboration. All the collaborators make the play, not just the writer.

I think theatre right now is asking for a certain truth that doesn’t allow artists to hide behind a fictional story.

For me playwriting and making theatre in these times is about breaking established conventions. Of taking the calls for equity, inclusion, social justice into the work. We are at a time in history when we have an opportunity to change the things that have not worked for the majority. The artist needs to push the boundaries more than ever, and risk, risk big, and take responsibility for what we say. We can’t hide behind a story, a fiction. I am very excited about the world trend of more presentational theatre, using forms such as documentary theatre and others. There are so many possibilities.

The worst thing about being a playwright is not knowing what you are going to write about next. I don’t write for the sake of writing or because I get a commission. I can’t do it. I only write when I feel that the story needs to be heard by others... because it will help bring awareness or it will incite a call to action. The best thing about playwriting is that it invites you to challenge your views of the world. Challenges yourself to dare to grow…to have a conversation that you never thought possible…to allow you to see that there are many sides to an issue. It dares you to be vulnerable... to change... to listen...

Beatriz Pizano is a playwright, director, actor, dramaturge, and the founder and artistic director of Aluna Theatre, the oldest Latinx theatre company in Canada, creating daring, experimental, and political theatre from a TransAmerican perspective. Beatriz has received extensive awards and nominations for her plays and was the first Latinx woman to receive a Dora Mavor Moore Award and a Toronto Theatre Critics’ Award for her acting. Her writing challenges Eurocentric approaches to theatre creation. She is a fierce activist who creates spaces and opportunities for racialized artists and playwrights and was recognized in 2019 as one of TD’s Most Influential Hispanics in Canada. She lives in Toronto.

The one thing everyone knows is that we’re all going to die. Which means our loved ones are going to die. So how can we prepare for, experience, and honour their deaths? And does that look different if we have to make the decision to end their lives for them if they’re suffering? Dividing Lines | Líneas Divisorias is one woman’s story that offers a space for communal grieving through a celebration of life.

Traced by the historic world events that coincide with her memories of independence and immigration, Beatriz reflects on how she spent over a decade caring for her mother—the one person she promised she’d be there for all the way until the end—as she lost her more and more to Alzheimer’s, and ultimately had to make the tough call to end her mother’s pain.

A meditation full of light that doesn’t shy away from fear of the unknown, Beatriz’s narrative comes from a vulnerable and recognizable place of love that will invite our memories and choices in to heal.