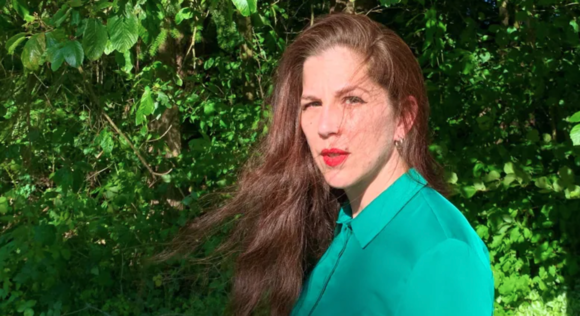 Today, CBC Books announced the winner of the prestigious CBC Nonfiction Prize. The prize, which has launched the careers of writers including Carol Shields and Kim Echlin over its 23 year history, attracts thousands of entries from across the country (this year, CBC received more than 1,700 entries in the nonfiction category).

Susan Cormier of Langley, B.C. was declared the winner for for her story "Advice to a New Beekeeper", a lyrical, fragmented, and poetic rumination on beekeeping that opens starkly with the advice "do not keep bees" before softening to show the beauty in the complex pursuit that is the life of an apiarist.

Cormier is a Métis writer with a decorated c.v., having won and been shortlisted for such awards as Arc's Poem of the Year, SubTerrain’s Lush Triumphant, and the Federation of B.C. Writers’ Literary Writes. Her writing has appeared in publications such as Atlantis Women's Studies Journal, B&A New Fiction, West Coast Line, and several anthologies including Rocksalt: An Anthology of Contemporary B.C. Poets and Against Death: 35 Essays on Living. She is the current producer of the Vancouver Story Slam, the longest-running, live competitive literary event of its kind in Canada, and the second-longest-running in the world. She also works as a beekeeper and is the co-owner of C.R. Apiary in Langley.

In 2014, Susan Cormier moved from Vancouver to Langley. Her partner, Bryant Ross, is a 4th generation beekeeper, who has kept bees for over 40 years, and at first, Cormier provided assistance. But one day, while Bryant was at work at the fire department, one of the hives swarmed (split in two, half the bees leaving to find a new home). She had watched Bryant catch swarms before, so Cormier caught this one and put it in an empty beehive. When Bryant returned home, he told her that those bees were hers now. Cormier was fascinated and fell down a rabbit’s hole of research and learning. Now she and Bryant are technically equal partners in their apiary, though he often tells her that she is better at beekeeping than he is.

The runners up for the prize, who will each receive $1,000, are Cayenne Bradley for "Your House", Kerissa Dickie for "Seh Woo, My Teeth", Jane Ozkowski for "Storkatorium", and Y.S. Lee for "Tek Tek". All of the finalists pieces are published and available to read on the CBC Books website.