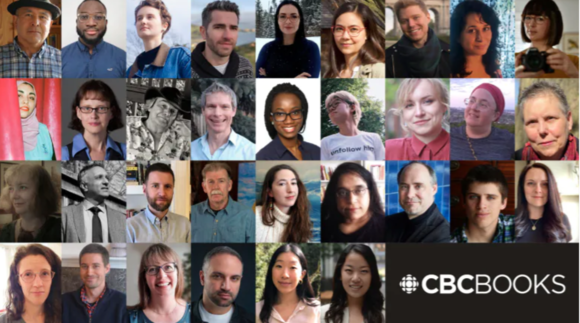 This morning, CBC Books announced the 33-name longlist for their prestigious CBC Short Story Prize. One of the biggest short fiction awards in the country, and arguably the biggest open to any writer of any experience level, it has a history of spotting the writers who will go onto become household names in CanLit early in their careers. With past winners including the likes of Michael Ondaatje, Gwendolyn MacEwen, Camilla Gibb, and David Bergen, it's one of the most closely followed and anticipated prizes of the year.

The full longlist is practically a short story in itself, but it still represents only a tiny fraction of those who submitted entries: a total of more than 3,000 stories were submitted in English.

Several of the nominated writers are in familiar territory, having made it on to the longlist before, including Maria Lioutaia, Brenda Bowles, Trent Lewin, Will Richter, Angie Ellis, and Joanna Reid.

The shortlist will be announced on April 22 and the Winner will be announced on April 29. It's a significant reward for the eventual winner, with a $6,000 cash prize from the Canada Council for the Arts (a sum well beyond the vast majority of book advances in Canada), as well as the two week writing residency at the Banff Centre for Arts and Creativity. The winning story will also be published on the CBC Books website. Four runners up will each get $1,000 and also be published online.

Stay tuned to Open Book for more news about the CBC Short Story prize as it becomes available, and congratulations to the longlisted writers.