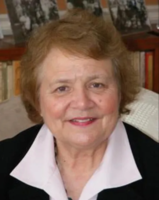 The myths and silences that grow up around family secrets can be like knots – tightening, fraying, and tangling over time until they seem impossible to unravel. In Janet Calcaterra's riveting family drama, The Burden of Memories (Latitude 46 Publishing), two sisters set out to do just that, digging into secrets left undisturbed for decades. The two women barely even remember their father, Dr. Alexander Muir, who died while working as a psychiatrist following his service in World War II.

Their mother's complex feelings about the past, their father, and their quest for truth make the process fraught, drawing all three women deeper into their memories than any of them expected. Through their father's letters home from Italy during the war, the sisters meet into a new version of the man they loved so long ago, as the family swirls towards a reckoning that will contain both catharsis and challenge. A gutsy, thoughtful, deeply felt novel, The Burden of Memories feels both universal and intimately personal for readers.

Today we get to discuss this captivating book with Janet as she joins us as part of our Long Story interview series. She tells us about turning to her own father's letters home in order to build Dr. Muir's wartime experience, how a weekend of intensive writing research became a cherished family memory, and the important thing she learned about how a first draft ought to be written. 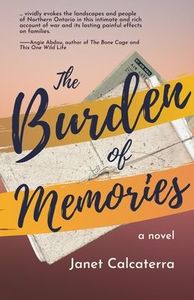 Although I enjoyed writing each of my characters, I did find myself favouring Adrienne, the main character, over the others. I started the novel within days of being downsized from a job I liked, so I related strongly to Adrienne’s character. The first chapter in the novel is written from her point-of-view, and she’s just been fired from her Financial Planner job as the novel begins. Her chapter is preceded only by a one-page diary entry written by her father, Dr. Alexander Muir.

If you had to describe your book in one sentence, what would it say?

The Burden of Memories is about two middle-aged sisters, Adrienne and Cass, who unravel a secret long-kept by their mother, Gloria, about their father, Alexander, a doctor in World War Two’s Italian Campaign, and the effects this secret’s keeping has on the family.

My father was a doctor in the Italian Campaign of World War Two. He wrote home to my grandmother from the places he was stationed. After she died, my aunt gave me the letters. Shortly after I got them, I was downsized as the Ontario Northland Transportation Commission’s Archivist, so I had time to study them, which yielded information about his war experience. This prompted me to use the original letters, which were a primary research source, as a guide to write new letters from the point-of-view of a father I created. This letter writing became the beginning of a novel. However, I knew nothing of the Italian Campaign, so I read history books about it and every novel I could find set during WWII, which were secondary research sources. I learned, among other things, about The Battle of Ortona, which the Canadian’s fought and won in this village’s narrow streets. It was a turning point for the Canadians in the Campaign.

Later, I heard the story on television every Christmas of how Canadian soldiers stopped mid-battle in Ortona to share a roast pork dinner with German soldiers. This brought me to tears and pushed me to create new letters from this battle, which appear near the end of the novel and add to its emotional impact. The Burden of Memories had the original working title, “Until Ortona,” which came from a line in a letter the father in the novel wrote home: “Until Ortona, I thought that I could handle war.” After I wrote that, the idea of the novel became clearer; however, I decided I needed more information.

I went to the National Archives and read the R.C.A.M.C. war diaries, another primary source. Reading those from the Italian Campaign helped me map out the exact route the Canadians took, starting in Sicily and ending in Holland. As my father had landed in Naples and his letters home started there, I began using the soldier’s voice from his letters but wrote new letters from Sicily, where the Canadians first landed, to Naples, based on the soldiers’ activities, described in the diaries. All of this research submersed me in the Italian Campaign and pushed me to finish the manuscript and seek a publisher. Latitude 46 agreed to publish the novel and changed the title to The Burden of Memories.

Rather than the strangest or most memorable, I would describe this moment as the most pleasurable. At the time I went to the National Archives in Ottawa to read the war diaries, my younger daughter was studying at McGill University in Montreal. She visited me in Ottawa for a weekend and studied for exams while I did research. Because it was a long journey by bus for her to come home to North Bay for a weekend, it was wonderful to spend time with her in Ottawa. We stayed in a B and B, which had excellent coffee and was close to the Archives, dined out, always a treat, and watched the 2002 Salt Lake City Winter Olympics on television in our room. We still talk about that weekend today.

I dedicated The Burden of Memories to my family because they always believed, through all the years it took me to write the novel and find a publisher, that it would actually appear in print.

What, if anything, did you learn from writing this novel?

I learned that the first draft should be written without much rewriting, otherwise, I would get stuck on making the writing perfect and never get very far.  I learned that it was important to have other writers I trusted critique the parts of the work I doubted to help me strengthen what I’d written. Finally, I learned to set up book signing events in advance of the book dropping, so I got the dates I wanted at my local book stores.

Janet Calcaterra is an author who has lived with MS since her twenties. Her work has appeared in The Globe and Mail, Sulphur, Reaching Beyond the Saguaros, Cannery Row Magazine, the anthologies Imagination in Action and Gateways and elsewhere. She is a graduate of the MFA program in Creative Writing from Fairleigh Dickinson University. Prior to retiring to write full time, she worked as a bank teller, a kindergarten teacher, a life-skills instructor, an archivist and museum curator, and both a college and university-level creative writing instructor. The Burden of Memories is her first novel. Currently, she lives in North Bay, Ontario, with her husband. Her adult daughters live nearby.