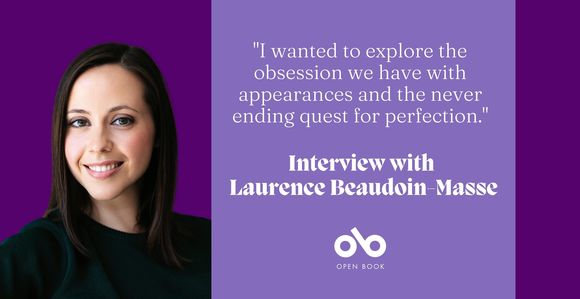 Ellie is the perfect influencer: beautiful, sunny, fit, and fun, partnered with a popular singer who appears as her perfect other half in posts about high-protein breakfasts and daily exercise routines. She's a success, but she doesn't feel it. Instead she obsesses compulsively about her weight, feels the constant sting of her family's scorn at her choices, and fights off thoughts of romance about a man who isn't her partner. In pushing herself from a shy teen to a "perfect" adult, Ellie tried to build happiness from the outside in, but she's on a collision course with her true self, and the impact may be devastating.

Beaudoin-Masse, who comes from a TV and radio background, brings searing vulnerability to Ellie and the idea of the prisons we have, bafflingly, collectively constructed. She manages to deftly inject the influencer experience, often considered vapid at best, with deep pathos, turning a mirror on the society that created the very idea of an "influencer".

She speaks to us today as part of our Bright Young Things young adult interview series, telling us about discovering her love of writing almost by accident, how she surprised herself by drawing on her own experiences for the novel, and the "weird science" of proofing her writing in hardcopy. 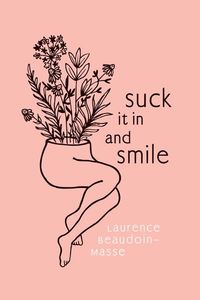 Suck It In and Smile is my first book. It was originally written in French and I am beyond excited that it’s been translated to English. The book is about Ellie, a very popular fitness and lifestyle influencer who starts to question the #goals life she has created for herself. As she keeps going, pushing to achieve her goals, a thought haunts her: what if, by trying to become everything she thought she needed to be, she’s lost herself along the way? With Suck It In and Smile I wanted to explore the obsession we have with appearances and the never ending quest for perfection. My goal with the book was to help girls who never feel they measure up (girls like me) and to overthrow the contemporary fairytale of being “that girl” which is a very popular figure among young adults (and even adults).

Writing came as a surprise for me. I never thought about doing it. Well, I mean before writing a book. I was working as a producer in the media industry, and I had this idea for a TV show about an influencer’s behind-the-scenes life, but the project never came to fruition. No matter how many no’s I would get from broadcasters, I just couldn’t give it up. So I thought: if it’s not a show, could it be something else, a book maybe? I sat with a publisher in Quebec, and he liked the idea. He asked if I could write the first few chapters, and I did. And he still liked it! I then got a book deal. So I had the great responsibility to write the whole thing! It was very thrilling and also quite terrifying at first. But I had so much fun doing it. Of course, it was hard work, and some days it was painful. But I discovered that I do love writing so much! I couldn't imagine my life without it. It's weird to me that this one thing I enjoy the most now was almost an accident.

Did your book turn out similar to how you originally expected it to, or did it change through the writing process?

Well, I didn’t know what to expect. Since it was my first novel, I discovered my own creative process as I went. I know for sure now that it does not involve outlining. While I tried really hard to fit the idea I had of what’s involved in a “serious writing process”, I realized that I work best without a plan. I really enjoy discovering my story as I go. I always know where the story starts and where it ends, but the rest of the journey is mostly surprises. I did study acting before choosing to pursue another career path, and everything I learned at theatre school is really useful when I create a story. I play my characters and I get really emotionally involved in my own plot. Also, as the project shifted from a TV show to a novel, the storyline got a lot more personal and I did put a lot of my own story as a teenager in the book. That was a surprise to me, to have written something so personal and intimate.

Without a doubt, the character that I relate to the most is Ellie. I never was an influencer myself (and never want to be!) but through her, I explored my own relationship to social media and the persona we create, a “best version” of ourselves, to appeal to others or simply to feel good enough. Through her story, I also dug deep into my body image issues. Those were created very early on by diet culture and the pressure my family put on me to be thinner. Self-hatred was always part of my life as a young woman as it is for Ellie. The main difference between her and I is that she is a little more naive than I am. She is a younger version of me, still learning from her mistakes and figuring out who she is deep down.

I did write a lot at night while my kids were sleeping. And I remember this feeling of going over and over the text and writing and rewriting it until it’s very late and I’m tired. And then all of a sudden, I would read it again, maybe one last time before bed, and realize that it’s there, it’s on the page. This weird blurry complicated idea I had on my mind, this almost unspeakable feeling, it’s on the page. And I’d get flooded by emotion. The joy of having said exactly what I wanted to say. But also sometimes the sadness of what was being said and the memories it brought back. Those moments were quite uncommon in the process, but very rewarding and special to me.

My favourite set-up includes music (I have a playlist for every novel), coffee (lots of), a noisy bar or restaurant, and headphones. Early morning or late nights are what works best for me. I write everything on my computer, but I do need to print my chapters on paper to read them once in a while. Sometimes, what seems to be good on the screen becomes very bad on paper. It’s a weird science, but it does work.

Oh, it’s everywhere! Suck It In and Smile is about social media, mostly Instagram. In 2019, when I began the project, I was completely fascinated by influencers. They inspired a lot of the intrigues and secondary characters in the book. I did research a lot on how the industry works and how content creators manage their business. Also, Instagram, in the way the platform is built, has shaped how some chapters were written. I did put a lot of this online culture in the book. I played with the idea of a feed, a profile, a post and incorporated it in the structure of the story. It really was my main source of inspiration.

I have discovered and learned to love every step of the way. I would say the toughest part, to me, is to start. To go from being inspired to actually writing something. Anything. As I am beginning a new novel, my third, it often feels like such a mountain to climb. And finding where to begin the journey is overwhelming. What I enjoy the most in the life cycle of a book are the book fairs, for the parties. No, I’m kidding (I’m not). I enjoy being in the thick of it. When the novel has already taken form, the characters are almost living on their own and you're just rolling with it. It’s so much fun.

Laurence Beaudoin-Masse has written two novels: Suck it In and Smile (originally published as Rentrer son ventre et sourire) and its sequel. She is a concept editor for Radio-Canada. Laurence would like to help girls who, like her, never feel like they measure up. She lives in Montreal, Quebec.

Suck It In and Smile

A funny, touching look at the life of a social media influencer who starts to question the #goals life she has created for herself.

Every day, Ellie motivates her hundreds of thousands of followers to become the best versions of themselves by posting videos of exercise routines and high-protein breakfast recipes. Far from the shy teenager that she was, she is now in a very public relationship with singer Samuel Vanasse, and together they have become one of the most popular influencer couples in the country. She has succeeded. She shines.

And yet, Ellie worries that her life is not as flawless as she makes it seem on YouTube and Instagram. Between her obsession with the “ideal weight,” her growing attraction to another man, her family’s disdain for her career as a content creator and a collaboration with another influencer who Ellie can’t stand, a thought haunts her. What if, by trying to become everything she wanted to be, she’s lost herself along the way?

Suck it In and Smile is an intimate exploration of our obsession with appearances and the hypocrisies that appear when you must craft the perfect online life.