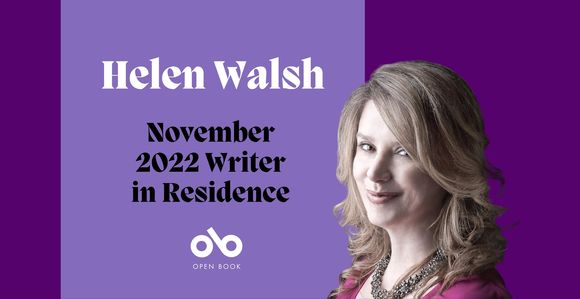 Helen Walsh's Pull Focus (ECW Press) has something for everyone: thrilling intrigue, social commentary, film industry glamour, and a tough protagonist facing crises both personal and professional. The novel follows Jane, whose partner goes missing just as she gets her dream job heading up the Worldwide Toronto Film Festival. As Jane tries to navigate the shadowy industry figures around her, many of whom seem to have it out for her, and find her partner, she makes some unexpected discoveries.

Walsh, who founded Diaspora Dialogues, an acclaimed support network for emerging writers featuring mentorships and professional development opportunity, is clearly having fun in Pull Focus, even while being unflinching in the novel's darker and tougher aspects. Pull Focus is Walsh's debut after time spent as a film producer, as well as publisher and president of the esteemed Literary Review of Canada. She's now joining Open Book for the month of November as our newest writer in residence, where she will share original writing and advice for those looking to write and publish.

As we welcome Walsh to the Open Book fold, she's shared some fun (and envy-inducing!) personal anecdotes and tidbits through our Dirty Dozen series, where we challenge writers to unveil 12 little-known facts about themselves. She tells us about having dinner with a beloved international star, reveals the city she visits every year and why, and shares an important lesson her mother taught her about what is in a name.

The Dirty Dozen with Helen Walsh:

1. In my 20s, I co-wrote a Harlequin romance with four other women in my writing group; it got rejected for not having enough sex in it.

2. While still on the embarrassment of youth – I was a cheerleader in high school though I made amends for it by becoming an active feminist in university.

3. During lockdown, I twice got stopped by security cars for wandering the manicured streets of Rosedale – where I don’t live – while talking to myself. (I work out writing challenges or try out character voices while walking around the city.) 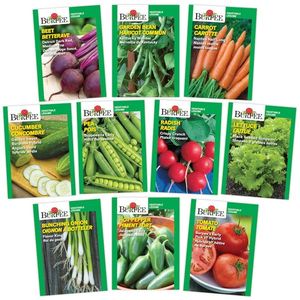 4.I’ve become an obsessive seed gardener (mostly vegetables) during the pandemic. No-one is more surprised at this than me.

6. I’m a committed pacifist who was once evicted from my sixteen-year-old nephew’s Junior A hockey game from screaming ‘check him’ with too much enthusiasm.

7. There’s nothing I love more than cooking a multi-course meal for friends and family and serving them at a long table set-dressed with votive candles and themed decorations. Though sadly little practice on that since March 2020. 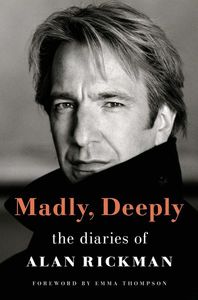 8. I crushed on Alan Rickman after I had dinner with him in London and wept at his death and again now as I read Madly Deeply: The Diaries of Alan Rickman.

9. I write best either when playing Italian opera very loudly or in absolute silence.

10. I spend August in Edinburgh every year for the festivals (book, fringe, international + others).

11. When I was twelve I added an ‘e’ to the end of my name. Hélène seemed more mysterious and exciting than plain old Helen. After a few days, my mother put her foot down: “You’re Scottish. Not French. Own it.” Thus, imparting a valuable lesson on not pretending to be other than who you are.

12. And to that end, I have tri-citizenship: Canadian, Irish, and British.