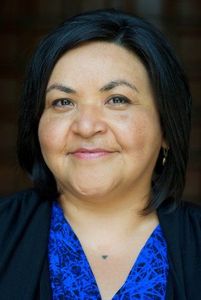 Eden Robinson has attracted literary acclaim throughout her career, with lauded books like Monkey Beach and Traplines, but 2017 has proved an especially auspicious year for her, with her newest book Son of a Trickster shortlisted for the Scotiabank Giller Award (and favoured to win).

Then last night at the Writers' Trust Gala in Toronto, it was announced that she would be the third recipient of the Trust's newest literary award, the Writers' Trust Fellowship. The news was greeted with a standing ovation by the more than 400 guests gathered at the Ritz-Carlton Hotel.

The $50,000 award was originally introduced to celebrate Canada 150, with one author per year for three years being awarded the prize not on the basis of any one work, but as a recognition of an outstanding career and exceptional continued promise in Canadian literature. The first fellowship was presented to Michael Crummey, the second to Miriam Toews, and Robinson became the third author to be honoured last night.

Following her warm and charming acceptance speech, in which she graciously thanked all the 50+ authors in attendance for their work and contributions to Canadian literature, the Writers' Trust announced that the originally temporary fellowship program has now become a permanent initiative and will be presented each year.

You can see a Writers' Trust-created video celebrating Robinson and her work below, which includes several examples of what Writers' Trust Board Chair Douglas Knight rightly called "the best laugh in CanLit".