Twenty-eight years ago US poet Dana Gioia’s essay “Can Poetry Matter?” was published in the Atlantic, sparking “a firestorm of debate and discussion” over the role of the poet in contemporary society, according to a Google Books review.The essay’s byline was: “Poetry has vanished as a cultural force in America. If poets venture outside their confined world, they can work to make it essential once more.” The essay provides a provocative analysis of the state of the nation of Poetry in America as of 1991—nearly thirty years ago now, and yet not all that long ago, from the standpoint of History. At 25 pages, I will merely skim some of its main points here. For the ease of discussion, I see no problem reading “America” as “Canada” for the most part.

Gioia: “American poetry now belongs to a subculture. No longer part of the mainstream of artistic and intellectual life, it has become the specialized occupation of a relatively small and isolated group. Little of the frenetic activity it generates ever reaches outside that closed group. As a class poets are not without cultural status. Like priests in a town of agnostics, they still command a certain residual prestige. But as individual artists they are almost invisible.” 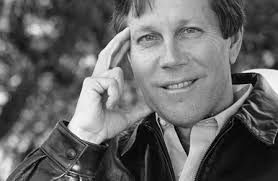 Though written nearly three decades ago, this assessment of the church of poetry and its worshippers still rings true. Maybe the new dawn of spoken word is helping to bring poetry out of the shadows, but Shane Koyczan in Canada and the UK’s Kate Tempest cannot achieve this all by themselves. Though such wordsmiths, with their dynamic performances, do fill theaters, their voices still do not reach the masses—and by that I mean readers of fiction. Poets and poetry remain almost invisible in our society. Which is unfortunate, because poetry has much to offer us as individuals and collectively. So is there anything to be done about poetry’s current meager presence and influence in a society vacuously fixated on keeping up with the Kardashians?

Gioia believes that poets are “justifiably sensitive to arguments that poetry has declined in cultural importance, because journalists and reviewers have used such arguments simplistically to declare all contemporary verse irrelevant.” The critics often don’t know what they’re talking about, he tells us.

If only society in general cared enough about poetry to inspire more educated critics to critique it in major media in Canada—wouldn’t that be a sign of a healthier, more relevant art form? Maybe we cannot conflate Canada with America (nor with the UK) in this case. From my casual browsing, I find there is far more consideration given to poetry in major media such as public radio and national newspapers by our neighbours to the south and to the east. For an example, have a look at a recent article by Scottish poet and musician Don Paterson published in The Guardian.

I do care what regular people think about poetry, and I’m afraid they don’t think much of anything at all. Still, in 2019.

Gioia: “Even if great poetry continues to be written, it has retreated from the center of literary life. Though supported by a loyal coterie, poetry has lost the confidence that it speaks to and for the general culture.”

Everybody who writes poetry knows very well that only other people who write poetry buy and read poetry. Poetry is not “consumed” like novels, music and movies. I’m guessing that we poetry-writers are, 95 percent of the time, talking exclusively to ourselves.

Gioia: “[T]he energy of American poetry, which was once directed outward, is now increasingly focused inward. Reputations are made and rewards distributed within the poetry subculture. … a ‘famous’ poet now means someone famous only to other poets.”

I know this to be true via one of the main social groups I belong to. Everyone in this neighbourhood-based group is highly educated, and most are avid readers of fiction and non-fiction. They are doctors and visual artists and software engineers and the like. And not one of them (aside from my husband, because he lives with me) knows the name of any living poet other than me. They do not know the names Anne Carson or Carol Ann Duffy or Claudia Rankine. Realizing this helps me keep perspective. It also makes me ask, But why shouldn’t they?

If you disagree with my dreary assessment and think poetry is primed for an immanent mainstream breakthrough—and I hope you are right—you are probably a poet under 30. And you give me hope!

“[A]lthough there is a great deal of poetryaround,” Gioia wrote in 1991, “none of it matters very much to readers, publishers, or advertisers—toanyone, that is, except other poets. … Most editors run poems and poetry reviews the way a prosperous Montana rancher might keep a few buffalo around—not to eat the endangered creatures but to display them for tradition's sake.” We now have a divided literary culture, with “the superabundance of poetry within a small class and the impoverishment outside it.”

What was the problem with poetry readings in 1991, according to Gioia? They were “celebrations less of poetry than of the author's ego.” No wonder the audience for such events usually consists “entirely of poets, would-be poets, and friends of the author,” he writes. Is that not a description of most audiences at poetry readings in Canada today?

As for published poetry, Gioia laments that it appears mainly in isolation (or with short fiction), rather than alongside politics, humor, fiction, and reviews. It is cause for hope, I think, when poetry is published in and among other cultural writings, as it is in The Walrus magazine in Canada and in The New Yorker.

I adore a poem, as opposed to an ad for life insurance, outside its typical context of the literary journals—on the wall of a subway station, for example. And I’ve heard that non-poetry-writing citizens appreciate this too. I would like to hear poetry more often on public radio and for it to play a greater role in public ceremonies. I would like poetry to live among us again, as it did—way back when? I’m afraid that time is almost out of living memory.

Gioia is nostalgic for the role poetry played in mid-20th-century America, a time when “[f]avorite poems were memorized. Difficult authors like Eliot and Thomas were actively discussed and debated. Poetry mattered outside the classroom.”

Three decades on, Gioia’s comparison of the world of poetry in the 1940s and the 1990s looks almost absurd against the backdrop of the Internet. Having just crossed the threshold of the Instagram poetry boom (and the honeymoon could be over a year from now, who knows?), the rules of poetry are changing as we play. We are no longer playing the same game. We are all now wearing headsets, talking online, tallying up the kills (likes). Watching for the release of the next version.

Is poetry, as a relevant cultural actor, truly reviving? —And why on Earth aren’t we memorizing favourite poems today?

But we are. If you haven’t heard of it yet, check out the national, high school recitation initiative Poetry in Voice? The hunger for poetry is there, especially among youth, as I have seen first hand in my visits to schools through the Poetry in Voice offshoot Poet in Class program.

And there are other avenues for (re)uniting the public with poetry—possibly including even the people in my novel-reading neighbourhood friend group.

I recently participated in a salon reading at a private home in Ottawa, attended by 30 or so people. Only three or four of us were writers of poetry, and maybe two or three more were regular readers of it. Yet gasps were heard during the readings, conversation about poetry was lively at the break, and books were sold. Honestly, poetry seemed to matter more at this salon than it does at most of the standard-model poetry readings I attend a dozen or more times a year.

“The most serious question for the future of American culture,” Gioia writes, “is whether the arts will continue to exist in isolation and decline into subsidized academic specialties or whether some possibility of rapprochement with the educated public remains. Each of the arts must face the challenge separately, and no art faces more towering obstacles than poetry.”

He offers a six-part prescription for what ails us. Here are the first three doses:
1. When poets give public readings, they should spend part of every program reciting other people's work.
2. When arts administrators plan public readings, they should avoid the standard subculture format of poetry only.
3. Poets need to write prose about poetry more often, more candidly, and more effectively.

Many of the poets I know are working hard not only at their craft, but also at the sorts of actions Gioia recommends. All told—with national initiatives like the Poetry in Voice recitation contest, and VERsFest in Ottawa, with its mandate of fostering creative crossroads and community—I do see poetry coming into a renaissance in Canada, and I have no doubt that we, as a society, will be enriched by it. Exactly what form that enrichment will take is a question for the philosophers—and another essay. Excuse me while I get right on it.