Although I’ve been writing poems off and on since I was 17 years old (or maybe because I've been at it that long, off and on), given all there is to poetry—the artistry, the history, the mystery—I’m comfortable saying that I still know little about it. And there was a time when I knew even less. At that time, I would not have been much use to another poet testing the waters of their craft. That poet would not have benefitted from having me around the workshop table with seven or eight other novitiates chiming in with the opinion that such-and-such a line should be broken before the word “liminal” instead of after, or that commas are either essential or gratuitous generally. I was just not in a position to be doling out definitive advice about another person’s creative work. I’m still not.

Those are the kinds of poetry workshops I dislike, the prescriptive free-for-alls. I find them unintelligent and unhelpful.

Rilke: “Your letter arrived just a few days ago. I want to thank you for the great confidence you have placed in me. That is all I can do. I cannot discuss your verses; for any attempt at criticism would be foreign to me. Nothing touches a work of art so little as words of criticism: they always result in more or less fortunate misunderstandings.” 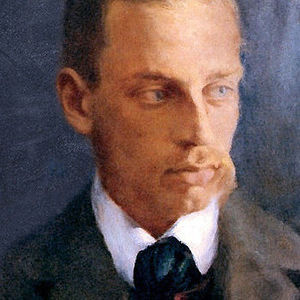 In February 1903, 116 years ago this month, a 19-year-old officer cadet wrote to Bohemian-Austrian poet Rainer Maria Rilke looking for feedback on some fledgling poems. Rilke wrote back—the start of which letter I quote above—and a correspondence between the two ensued. Eventually, Rilke’s 10 letters to Franz Xaver Kappus would be collected and published as Letters to a Young Poet, a feather-light paperback version of which I have at my elbow right now.

Rilke again: “With this note as a preface, may I just tell you that your verses have no style of their own, although they do have silent and hidden beginnings of something personal. I feel this most clearly in the last poem, ‘My Soul.’”

Rilke’s blunt dismissal (“your verses have no style of their own”) is stunning, and not, thankfully, something you’re likely to hear at most poetry workshops today (though at some, maybe). Such words could be quite a blow to a thin-skinned young writer. Hearing something like that when I was twenty probably would have silenced me for a decade. I did, in fact, here something like that when I was twenty, in a review, in a university daily, of my first collection of poems, which had been published somewhat prematurely (another story). My next book came along 17 years later.

It’s true that my juvenilia did not have a clear style of its own—but then again, it’s not true at all. When I look back at those poems, my voice is audible, distinctly there. I was very confused about craft, however, trying to figure out how to encapsulate that voice by emulating Kroetsch, Plath, Donne. I was also afraid to write what and how I wanted to write. About those early poems it would have been fairer and kinder to say: This writer is young and serious and passionate and afraid; may she find her way across the stony, starlit field. I would have felt greatly encouraged by that. The feedback I really needed was, read more poetry, keep writing, you are worthy.

What I needed was to read Rilke’s Letters to a Young Poet.

Rilke: “You ask whether your verses are any good. You ask me. You have asked others before this. You send them to magazines. You compare them with other poems, and you are upset when certain editors reject your work. Now (since you have said you want my advice) I beg you to stop doing that sort of thing. You are looking outside, and that is what you should most avoid right now.”

Artists are sensitive. I think that’s generally true. It’s not that honest criticism is not valuable—it is. But how it is given can make it either helpful or damaging; and by damaging I mean shaming, silencing. And contradictory advice thrown out by a roomful of novice writers can be disorienting. Overwriting the apprenticing writer’s own voice and undermining their joy in writing, even inadvertently, is irresponsible, inexcusable.

In poetry as in other arenas, it’s often those in the best position to offer advice who decline to do so.

Rilke: “No one can advise or help you—no one. There is only one thing you should do. Go into yourself. Find out the reason that commands you to write; see whether it has spread its roots into the very depths of your heart; confess to yourself whether you would have to die if you were forbidden to write. This most of all: ask yourself in the most silent hour of your night: must I write? Dig into yourself for a deep answer.”

This advice is wise, no doubt, but the degree to which it is cherished and touted by so many poets has, I believe, something to do with the widespread admiration for Rilke’s poetry itself. It does for me. Rilke’s collection of love poems to God, The Book of Hours (1905), is one of my most beloved books of poetry.

Often when I imagine you
your wholeness cascades into many shapes.
You run like a herd of luminous deer
and I am dark, I am forest.
(I, 45)

So when Rilke offers up advice about writing, I’m all ears. His poems resonate deeply with me, and what he says about writing does also. I’d be more than grateful to have him around the workshop table.

Around any poetry workshop table, I say then, there should be an established code of conduct. If the workshop has a guide or leader, it is their job to propose this modus operandi. Otherwise, the participants together should come up with a code of conduct at the outset. I am not going to offer a prescription for responsible poetry workshopping here, but I will suggest a baseline approach: 1) make observations, ask questions about the poem under scrutiny; and 2) do not propose alternative wording for the poem—even if the author wants you to—or make statements of fact about poetry in general (there are no facts).

Rilke: “—And if out of this turning-within, out of this immersion in your own world, poems come, then you will not think of asking anyone whether they are good or not. Nor will you try to interest magazines in these works: for you will see them as your dear natural possession, a piece of your life, a voice from it.”

Rilke’s first letter to young Franz is probably the best known and most often quoted among writers of poetry. If Letters to a Young Poet is not already on your bookshelf, I highly recommend you grab the next copy you come across and sit down with a cuppa. You can read the book in a couple of hours, and that’s a generous estimate, because I am a slow, highly distractible, daydreaming reader.