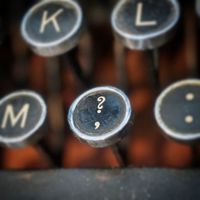 The year before trying out for the Simon Fraser University basketball team, I trained in ways and at an intensity I never before had. I wanted to make that team so badly, so desirous was I to prove myself, that I was willing to come home after working my summer job, spend three hours alone doing drills, an hour lifting weights, and another hour improving my cardiovascular fitness. By the end of the summer, I was in the best shape of my life, and the ball, as they say, was on a string. If I had space, I’d drop a three-pointer. If I were played tightly, I’d drive inside. On defense, I would not yield an inch. I was unafraid. I was in command.

And then tryouts began. Most of the other young men at training camp were already on the team, already on scholarship. They’d been recruited out of high school—not me. They’d played in the big games, the big tournaments and championships—not me. I’d played for a school whose team consistently placed last in its division. Who was I to think I could walk on to a team like this? I tried not to think about it. I ran hard during the training and took risks during the scrimmages. It seemed to be paying off. I made good passes, set good screens, hit good shots. By the Wednesday of that week, players on the team were coming up to me, congratulating me: “Way to go, man,” one of the guards said, slapping me on the shoulder. “The coaches are asking about you.” This, apparently, was a sign I was being considered. The coaches wanted to know what current players would feel about me joining the team. It was at that moment that I started to believe I had made it.

I was cut the next day.

Being cut wasn’t just a temporary disappointment, a loss of opportunity. It was symbolic. It was evidence of a deeply held belief that I had carried around within me for years: that I was a fraud. A pretender. That other people had talent, and that I could only fool people into thinking I also had talent.

Imposter syndrome, as psychologists term these feelings of inadequacy, is not limited to basketball of course. We feel it anywhere we are asked to perform or take on a role in which we are yet insecure. In high school, insecure about my clothes and acceptance among my wealthier classmates, I developed a self-deprecating sense of humour; I could not be accused of pretending if I denied my own legitimacy.

For writers, especially, feeling like an imposter is a story killer. New ideas require us to push boundaries, to attempt things previously unattempted. And so I have had to work hard for many years to learn from others and to coach myself, to see myself as legitimate. Those feelings don’t go away, but I have learned at least to keep them at bay.

Most of the time.

When I was first approached about this Writer-in-Residence (the best kind of residence, if you ask me—my own house!), I thought this a terrific opportunity. Then I took a look at some of the past writers who had taken up this blog: Chelene Knight, Helaine Becker, Nadia L. Hohn, Cary Fagan, Waubgeshig Rice! These are people who have achieved, whose accolades I’d read about in Publishers Weekly, The Globe and Mail, The New York Times! I worried about what kind of writer others believed me to be. I’m a high school English teacher who likes to write. What business did I have among this esteemed company?

My first novel was published by Tradewind Books when I was 42. I felt old at the time. I compared myself to more successful writers in their twenties whose debuts were being praised and optioned for films. It didn’t occur to me that these young writers might have been outliers. I have since discovered a whole host of writers whose success came much later in life. Publishing as an older adult, in fact, seems to be the norm.

The norm? I’ve never quite thought of myself as normal. It feels weird.

Imposter syndrome seems to be related to a topic that comes up frequently in schools: Fixed Mindset versus Growth Mindset. The voice of imposter syndrome says, “I am only…”. A growth mindset, however, says, “With practice, I can learn to…”. The key for me was both realizing I had something unique to say and acknowledging that I didn’t quite know how to say it. And I’ve always believed in my ability to learn, if only I could find the right models, the right teachers.

I sometimes come across people who are not insecure about their writing, and yet still have a fixed mindset. These people puzzle me. They don’t believe themselves to be imposters, and so they rush their work, focusing their energies on marketing and promotion, as though marketing is what makes for a successful book, and not the writing itself. And because their focus is on bookmaking rather than effective prose (or poetry), the writing doesn’t improve. Perhaps some measure of imposter syndrome is actually helpful.

The truth is, I am not good enough. Never was, never will be. The day I think I have arrived as a writer is the day I stop growing. But that isn’t quite the same as saying I can’t write. I do have the ability to see how far I’ve come. Imposter syndrome seems to be the acceptance of one set of facts while denying another—which makes it a lie. The truth is more nuanced than that: no, I have not been awarded accolades or been profiled by The New York Times. (Did you hear that NYT? I'm available.) But I am more aware of words and their relationships than I once was, and that there are stories only I can tell.

As long as I tell those stories, I need not feel like an imposter.