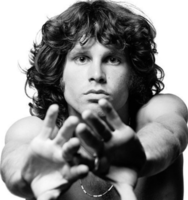 “People are strange,” Jim Morrison of The Doors famously sang, “when you’re a stranger.” He would know. This is the man who, despite his reputation for wild antics on stage, sang some of his early songs with his back to the audience because he was so shy. Weird, right?

But what is weird, exactly? Apart from the Scottish etymology relating to the destiny-controlling Fates of Greek myth, the common connotations are of unusualness, unexpected or incongruous behaviours or appearance, difference from the ordinary. And here’s something I find really weird: our society constantly promotes the principle that we ought to be individuals, that we are to stand out in our respective fields.

Just don’t literally stand out in a field. Do that and even the cows will shun you.

If we can somehow parlay this individualism into fame, our weirdness becomes our genius. But if we cannot leverage our oddities, if we just live with them, we set ourselves up for social rejection. Lady Gaga wants to wear a dress made out of meat? Great! She’s Lady Gaga. I do it and everyone's clamouring for a mental health assessment—or a food safety inspection.

That’s what I find truly baffling: this ironic double-standard when it comes to eccentricity, that if we conform we are mindless, soulless followers, but we are only permitted uniqueness in our behaviours and attitudes once we can profit by them. For all our modern talk about diversity and inclusion, our society has become less tolerant of differences—especially in the areas of thought and politics—than at point in my lifetime. The exception, of course, is for the rich and famous, whose otherwise antisocial and irresponsible behaviours only confirm their legitimacy as outliers, leaders, wizards in their domains. If you have a million followers on TikTok, your outrageous behaviour is a publicity stunt. If you have a dozen followers, you’re probably just documenting evidence of some bylaw infraction.

I used to think I was normal. My children quickly disabused me of that notion. Cases in point: I eat Coffee Crisp bars layer by layer. I tie my licorice into a knot first, to make it chewier. I don’t like to eat the popcorn until the movie starts. I could pick clover from the grass for hours if my wife didn’t stop me. (It’s actually so cathartic. Really.) I bite my ice cream. With my teeth. While my daughter cringes.

And I’m not the only weirdo. Apparently my great grandpa Philip loved peanut-butter-and-onion sandwiches. My wife prefers straight-to-Netflix romance movies over blockbusters. My daughter likes to scoop watermelon out from the center without approaching the rind. My friend David is a lifelong Toronto Maple Leafs fan, despite their not having had a winning season during his lifetime. 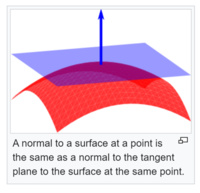 The truth is, we’re all weird—different, unique, eccentric—in certain areas of our lives. We just think we’re normal because we make ourselves our own point of reference, the centers of our own universes, and everyone else becomes “normal” or “strange” according to their proximity to our own ethos. But we're not the center. Normal doesn’t exist among people, not really. It's a concept. In mathematics, “normal” is a tangential line or plane only touching a single point of data in the equation. In psychology, “normal” is synonymous with “average”. But consider the following chart of people and their heights:

In this example, the average is a standard no one actually exemplifies. This is oversimplified, but even if the data were expanded to include everyone on Earth, only a tiny fraction would be represented by the average. And this is only about height. What happens when you consider the innumerable other things that make us human: our abilities, our attitudes, our interests? Suddenly “normal” becomes a meaningless term. No one is actually “normal”. And (to flip a line from The Incredibles on its head) when we realize that no one is normal, perhaps we will see everyone as exceptional.

My most recent chapter book series features three weird sisters—yes, Macbeth fans, those Weird Sisters—who have decided to turn over a new leaf and move into a town with “normal” folk. But these folk aren’t really normal. They’re oddballs, every one. Cosmo Keene, a retiree with a penchant for sniffing out “troublemakers,” has an obsession with black licorice and uses a toy sheriff’s badge to give himself legitimacy. Officer Golsa Nazeri, out of her desire to protect her small town, secretly wants people to break the law so that she can catch them. And Rupert Flinch, the realtor, likes to paint houses. That is to say, he likes to paint pictures of the houses he sells. Yet somehow it is only the sisters who are considered weird.

Of course we absolutely can and must judge behaviours in terms of safety or effectiveness. A person walking down the street with a weapon is not just “living his best life.” But that isn’t where we find discriminatory judgements. They are present instead in our sidelong glances, our patronizing comments, our limited circles of friends. We try to hard to convince ourselves of our normality and distinguish ourselves from the weird.

In the Gospels of Matthew and Luke, Jesus warns the crowd to “take the plank out of your own eye” before removing the “speck” in someone else’s. We are all oddballs—and I, as I age, become more convinced of the practicality of my own oddities. But I am also recognizing the beauty of my weirdness, the ubiquity of all of our eccentricities.

The only thing “normal” about us—average, consistent, universal—is our weirdness.