I know a lot of people who want to write books who don’t actually do any writing. It’s a curious thing to want to do something you don’t do. I used to be one of those people, so I say that with no judgment. (I mean, I’m probably judging you for some other reason, but not that one.) So, what got me from a Netflix-addicted wannabe author to a Netflix-addicted author of several books?

1)    A Wake-Up Call: My dear friend Connie said to me, “You talk about wanting to write a lot, but do you actually write?” (Well played, Connie, well played. It’s like you took a master class in tough love taught by my mother.)

2)    I Got Tired of Hearing Myself Talk About Writing: Have you ever really listened to yourself talk? My gosh, you repeat yourself.

Despite years of having that “story arc” diagram drilled into my head in middle school, taking a number of creative writing classes and reading a bunch of books about writing, I had no idea how to craft a story. 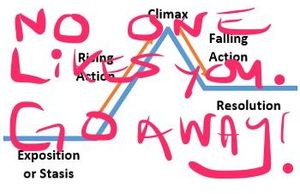 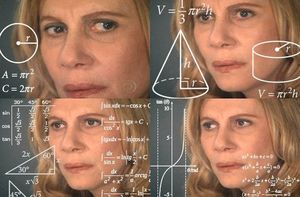 In my personal experience, I found that beginner creative writing classes were not basic enough for me. I would muddle my way through assignments—never honing any pieces and rarely finishing anything because every assignment could be fobbed off as a new work-in-progress. Then I would give useless feedback to people about their stories because, well, I had to for some kind of arbitrary participation mark, and then I’d just get useless feedback back in return. And then I would get a short paragraph of comments from a well-meaning but busy instructor. Not really the recipe for someone who needed a lot of help.

When I decided to get back into improv—it was something I had done in high school for a short period of time and loved—I had no idea that I would finally learn how to craft a story. I thought I might get a date out of it (I didn’t), but I definitely didn’t think I would learn how to write a story. But I learned how to create characters who audiences care about; come up with strong, inciting incidents (or as my improv teachers would yell, “Make something happen now! You need to make something happen NOW!”); and what makes a truly satisfying ending.

For me, three years of improv classes—that is, PHYSICALLY ACTING OUT stories over and over and over while a teacher (aka an editor) yelled feedback at me—was a million times more effective than the oft-repeated advice of “just read more and write more.”

Now I’m not telling you to go take three years’ worth of improv classes to learn how to craft a story (I’m lying … I am telling you that, but I know there are a lot of people out there who just won’t do it), so in my next post I’ll share my storytelling tips for beginner writers. I swear I won’t use the word denouement once.