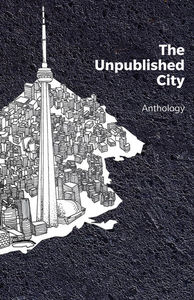 A closer look at an instigating moment in Canadian books

The evening of June 22, Harbourfront Centre hosted a special International Festival of Authors event. Though the series is best known for presenting readings by the likes of Alice Munro, Yann Martel, and Douglas Coupland, this night it featured over fifteen young authors from the GTA, the vast majority of whom have no published books. The space’s atmosphere was electric for the launch of BookThug’s The Unpublished City, an anthology edited by Toronto’s former poet laureate Dionne Brand, to showcase some of the newest, most exciting writers in the city.

While some of the writers have had collections recently published (like Phoebe Wang), or ones on the way (Canisia Lubrin), you won’t find most of the authors in this anthology on bookstore shelves – yet. But the title of The Unpublished City, if all goes to plan, should prove obsolete in a very short while.

When the general reading public hears the sometimes troubling label “CanLit,” certain names and images spring to mind, even in 2017: Margaret Atwoods, Michael Ondaatjes, stories of memory, wilderness. Even authors who are strongly connected with an urban centre like Toronto seem tied to settler narratives of (white) people battling the elements and their troubled pasts. Among other things, The Unpublished City seems eager to rewrite that notion: within the anthology are stories and poems of airport security searches, the love of an imprisoned husband, and a backscratch that goes a bit too far.

More than rewriting the CanLit narrative, the anthology also serves as a handy calling card for a new generation of emerging urban writers. As BookThug publisher Jay MillAr explains, “the genesis of the project was Phoebe Wang introducing Dionne Brand to a group of emerging writers from Toronto, then Dionne brought the idea forward as a member of the selection committee of Toronto Lit Up (a Toronto Arts Council-funded program promoting Toronto book launches). As Toronto Lit Up, an initiative of the IFOA, specifically focuses on book launches, these authors needed a publication to launch. Enter Brand’s concept for an anthology.

Contributor Phoebe Wang (Admission Requirements) explains further: “I’d been holding meet-ups since 2014 for writers who self-identify as BIPOC (Black, Indigenous, and People of Colour). It became plain that there were incredibly rich stories to be told, to be published, and to reach audiences.” The meeting with Brand happened in November 2016, and soon the anthology was underway, with Brand reaching out to Wang’s meet-up members, as well as many of Brand’s former Guelph-Humber MFA students. “I don’t feel like I had a huge role,” Wang demurs, “but what is fantastic about finding writers and editors with a similar vision is that little ripples can create an immense momentum.”

That immense momentum is The Unpublished City’s aim – not just to provide a showcase for these stories, but to help young writers – especially those without a book contract, Wang explains – “catch the eyes of editors, agents, and publishers, and, at the same time, create a stronger network of writers of colour across the city.” As Wang puts it, “this is far from a culmination. It’s an instigating moment.” 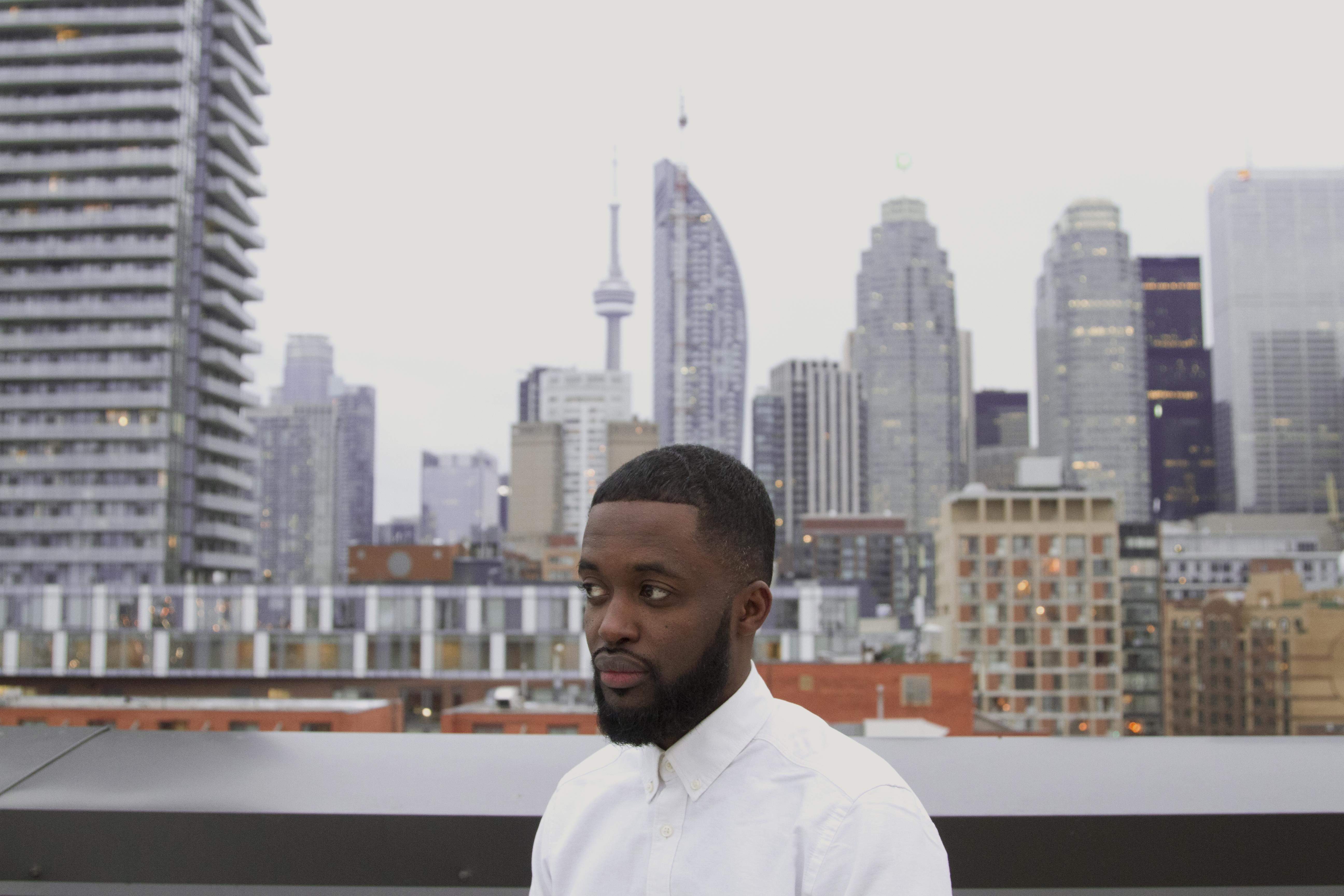 The Unpublished City is part of a momentum that all involved hope will break down some of the barriers in the CanLit world. “Emerging authors can have difficulty placing manuscripts because they have no track record in the market,” MillAr notes. “And while diversity is very much on everyone’s mind presently, there are still systematic barriers … the market trend in CanLit is still based on the superstars, who have been predominantly white.” Even bestselling Indigenous authors in CanLit are, improbably, white.

Adnan Khan, a contributor to the anthology, agrees, “There’s a lot of virtue-signalling in CanLit about diversity, so it’s nice to see something practical, that has aesthetic considerations at the forefront, without shying away from social context … different voices, an idea, a book.” Khan, a National Magazine Award winner who has written for Vice and Hazlitt, contributed “All I Can Tell You,” a selection from a longer piece that follows a lover as he breaks into his former partner’s parents’ house to reassess memories from that relationship.

Another contributor, Canisia Lubrin, whose debut collection, Voodoo Hypothesis, launches later this fall from Wolsak & Wynn, sees the “unpublished in the title as twofold – not just an uncovering of creative lateness, the sense a door has been propped open to an assembly and shape and mode of voices in Toronto that have had, perhaps, some life and being and, maybe, exchange for some time outside the main.” But she also sees the modifier as “a rejection of needing to fit a mold in order to be seen as part of the very ethos of the city and its literary output.” Indeed, her “Into Timmins” avoids the city explicitly. “Into Timmins” is a Toronto story that avoids being set in Toronto. The story, as Lubrin puts it, is “an interesting result of compressing the lives of people in an early 19th century Ontario community – that alludes to something much larger – into 500 words.”

But has that door to Canadian publishing been “propped open”? Or is it young writers of colour who are kicking it in (and rightfully so)?

In 2016, author Jael Richardson (The Stone Thrower), noticing the inescapable whiteness of most Canadian literary festivals, started up Brampton’s Festival of Literary Diversity, and the older fests have scrambled to emulate its enviable programming. Young authors of colour like Rupi Kaur, Desmond Cole, Vivek Shraya, and Scaachi Koul built their audiences before they ever had book contracts, leaving publishing houses to catch up once their influence became undeniable. Publishers eagerly attend FOLD’s Writers’ Hub, looking for new authors who don’t travel in the (primarily white) circles of Canadian book launches and literary events. As Jen Knoch, senior editor at ECW Press (a sponsor of FOLD), notes, “We accept unagented submissions, and I think that’s removing an important barrier. But we need people to know that we are eager to publish diverse experience.” Knoch notes the importance of the Writers’ Hub, “where people can ask us questions and pitch us directly. We're also doing more panels and writing events outside of downtown Toronto, whether it's Scarborough or Sudbury, so we can connect with people in different communities. For the same reason, we participate in every #DVPit [a Twitter event created to showcase pitches from marginalized voices], too.”

Programs like Humber College’s School of Creative & Performing Arts are starting to address systemic barriers on the publishing side of things. For the first time this August, the institution is holding a workshop on editing Indigenous manuscripts, led by Gregory Younging, Cherie Dimaline, and others.

Things are slowly changing, but changing because people like Brand, Wang, Richardson, and the many contributors of The Unpublished City are forcing the publishing industry’s typically glacially paced hand. Emerging writers of Toronto’s BIPOC communities are creating invigorating work, audiences are flocking to it, and the smarter publishers are adapting and reaching out to both these writers and audiences, rather than trotting out the tired lines of not knowing how to edit books from authors of different backgrounds or market them to anyone beside middle-aged white female readers.

“This anthology has shown those involved what’s possible,” Phoebe Wang notes. Indeed, don’t be surprised in a couple years to see all the bestselling debut collections and novels attributed to Sofia Mostaghimi, Nicole Chin, Katheryn Wabegijig – all of the names adorning the contributors’ page of The Unpublished City.

If you want another chance to see the young luminaries behind this anthology before they become way too famous, the Speakeasy Reading Series features a bunch of The Unpublished City contributors at The Steady (1051 Bloor Street West) on Thursday, September 28.