Dundurn Press has been a mainstay of the Canadian publishing landscape for almost fifty years, founded in the 1972 by Kirk Howard, who went on to serve as the press's longtime publisher as Dundurn expanded and thrived. Through the 70s and 80s, the press made a name for itself, particularly in the areas of Canadian history and politics.

Last year saw Dundurn re-inventing itself under the leadership of acclaimed publisher Scott Fraser. With an expanded list and focus, a new logo, and a mission statement focusing on diversity and inclusion, it's an exciting moment for the press. But perhaps the most exciting part of its evolution is the new Rare Machines imprint, a prestige literary list of adult fiction, nonfiction, and hybrid forms, curated by acquiring editors Julie Mannell and Russell Smith.

Smith, who is a well-known cultural commentator, known for his cheeky and erudite style, and a decorated fiction writer (with Giller Prize, Governor General's Literary Award, and Atwood-Gibson Writers' Trust Fiction Prize nominations under his belt, to name only a few of his honours), spoke with us about the new imprint, its identity, and his hopes for its future.

He tells us about what a Rare Machines book is like (in the process revealing several of the imprint's rejected potential names), shares a tongue-in-cheek delight about the chance to exercise his "notoriously snobbish" editorial tastes, and opens up about the immediate future of the imprint as well as where he envisions Rare Machines going in the future.

How would you describe Rare Machines’ particular literary identity? What is a Rare Machines book like, in your view? 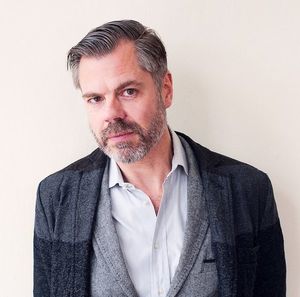 Dundurn Press has been in the past respected for its nonfiction, particularly in the area of Canadian history. It has published a great deal of young adult fiction as well as very successful mystery and crime fiction, but it wasn’t as well known for adult literary fiction. We decided to create a new imprint to highlight adult literary fiction and unusual memoir, and admittedly to draw attention to the fact that there was a new kind of Dundurn afoot, one that wanted to compete in the realm of literary fiction, a prestige, intellectual publisher if you will. So the idea is for Rare Machines to publish literary fiction and poetic non-fiction that is playful, unusual, daring, or innovative. It welcomes hybrid forms. It welcomes emerging writers. It is a place for both the experimental and the polished. It is also international in scope: we’re doing some translations: a book by a well-known Chinese author (Xue Yiwei), a book by a young Quebecoise author that appeared in French last year (Eve Lemieux), and we hope to do more. My education was in French literature, and I have some connection to Quebec literary publishing, so I meet regularly with Quebec publishers with an eye to acquiring books originally published in French.

To give you some idea of the moods we were playing with, here are some of the other names for the imprint that were considered and rejected: Hiraeth Press (the Welsh word for longing for home), Sonar, Submarine, Undertow, Factory, Dazzle Ships (Dazzle Ships was I think the closest contender), Uncanny Valley, and There Goes My Outfit (my personal favourite). We settled on Rare Machines (the idea of my colleague Julie Mannell) because a book is a kind of a rare machine, and so is a writer. This list or words gives you an idea of what we were trying to suggest: something stylish with a hint of the underground. It’s not an avant-gardist press though (that would be hard to sell to a large public), and it’s not explicitly ideological, although one might argue that there is always something anti-authoritarian about the aesthetically original or formally innovative.

How did you become involved with Rare Machines? Why was it important to you to be part of the editorial team?

I was asked by Scott Fraser, the new publisher at Dundurn Press, to be an acquiring editor in 2019, and I was thrilled at the opportunity to impose my notoriously snobbish taste on this vast illiterate land. I told him right away that I was primarily interested in adult literary fiction – no genre fiction, no vampires, no sword-and-sorcery fantasy, no YA, no children’s books. It became apparent after a few months that what Julie and I were mostly interested in acquiring would need to be distinguished from traditional Dundurn offerings in some way.

For me it’s primarily elegant or stylish writing -- what’s usually called a distinctive voice. I’m interested in a certain degree of intellectualism, and settings and themes that are more varied than the Canadian small-town domestic we are all so thoroughly used to.

The Shaytan Bride and Yume are two of the first Rare Machines books. What made them the right titles to kick off the imprint?

They are both hybrids of a sort: The Shaytan Bride is a memoir that is influenced by supernatural or horror stories; Yume is a novel that is half contemporary naturalism and half fantasy. They are both by cosmopolitan Canadians with strong connections to other countries and their settings are far, far from the rural Canadian that so dominated the cultural nationalist era.

The next Rare Machines book this fall is the gorgeous little puzzle of a book by David Whitton called Seven Down, which is a sort of comedic thriller written in the form of interview transcripts. I do not know of another book like it.

Next season we have a dystopian spec-fic (Autonomy by Victoria Hetherington) and a memoir about schizophrenia by a famous poet (The Book Of Malcolm by Fraser Sutherland) and several others.

Since there is an element of subjectivity to acquiring for a publishing house, having multiple board members seems like a strength. In that context, how do you see your particular role on the board? Do you think there is something different in what you each look for?

How do you envision the future of the Rare Machines list? What would you most like to see happen over the coming years?

I’d like to see it take on the established independent presses of this country – the Coach Houses and the Anansis and the Biblioases – and become a prestige literary publisher. I’d like it to be recognized too as being of international interest, not strictly a Canadian press.

Rare Machines is Dundurn Press’s new literary imprint. Its name emerges from the idea that a writer is a rare machine for producing books, and the book itself is as elegant and complex as the most unusual of devices. Rare Machines publishes literary fiction and poetic non-fiction that is playful, unusual, daring, or innovative. It welcomes hybrid forms. It welcomes emerging writers. It is a place for both the experimental and the polished. Like Dundurn Press itself, Rare Machines is curious, courageous, and forward-thinking.

Russell Smith was born in Johannesburg, South Africa, and grew up in Halifax, Canada. He studied French literature at Queen’s, the University of Poitiers and at the University of Paris (III). He lives in Toronto. Since 1989 he has been a freelance journalist and cultural commentator, publishing in Details, The New York Review of Books, The Globe and Mail, Toronto Life, NOW, Flare, Toro, Sharp and many other journals. He frequently appears on radio and television as an analyst of artistic and social trends. His fiction has been nominated for several major awards, including the Giller Prize, the Governor General’s Award, the Rogers/Writers’ Trust Fiction Prize (twice), the Trillium Prize, the Chapters/Books In Canada First Novel Award, the City Of Toronto Book Prize, and the Danuta Gleed Award. He has twice won the National Magazine Award for fiction, and his novel Muriella Pent was selected as best fiction of its year by Amazon.ca. An experienced teacher of creative writing, he runs a popular fiction workshop in the MFA in Creative Writing program at the University of Guelph. Several of his former students have published novels and memoirs. He also teaches writing at the University of Toronto School of Continuing Studies. He has been writer-in-residence at the Toronto Reference Library and at Berton House in Dawson City, Yukon.