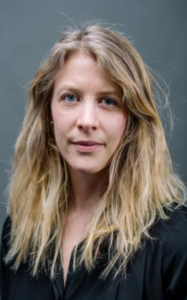 House of Anansi Press is, undoubtedly, a main character in the long and fascinating novel that is Canadian literature. Based in Toronto and founded in 1967 by Dennis Lee and Dave Godfrey during a time of massive social and artistic change, it hit the ground running, publishing early and often boundary-pushing works by the likes of Margaret Atwood (who worked as an editor at the press for a time), Michael Ondaatje, Marian Engel, and Northrop Frye.

An awards darling with numerous Giller, Governor General's, Griffin, Writers' Trust, and Trillium Prizes on its shelves over the years (to name just a few), Anansi prides itself on developing new and innovative voices, curating an inclusive and diverse list, and publishing across genres with novels, short stories, poetry, nonfiction, lifestyle titles, and even cookbooks popping up in its catalogues.

In June 2020, longtime Anansi publisher Sarah MacLachlan retired, after which Bruce Walsh, former publisher of University of Regina Press and a former executive at McClelland & Stewart, stepped into the role. When Walsh moved on, one of the most prestigious and influential roles in all of Canadian publishing became vacant.

Enter Leigh Nash, the current publisher of Invisible Publishing and an instructor of Book Publishing at York University's Professional Writing Department. Nash is widely acclaimed for her work with Invisible; during her tenure, the profile, both critical and commercial, of the small Prince Edward County-based press has expanded significantly, with rave reviews and major nominations for numerous titles. Nash is a writer herself as well, with an MFA in Creative Writing from the University of Guelph and a poetry collection (Goodbye, Ukulele) published by Mansfield Press. She previously worked at Coach House Books and co-founded the chapbook press The Emergency Response Unit.

We're thrilled to speak with Nash today about her role as incoming publisher at Anansi. She tells us how a connection formed through her volunteer work in the publishing community unexpectedly led to the discussion with Anansi, what she loves about the Canadian publishing industry, and what a "strike zone" is and why it's helpful in curating a publisher's list and identity.

Tell us a little bit about how you came to your new position as publisher at House of Anansi.

I've been the publisher at Invisible since 2015, when founding publisher Robbie MacGregor handed the press over to me. I had no plans to go anywhere, until I had a fateful conversation with Anansi president Semareh Al-Hillal. I’m fortunate to have worked alongside Semareh on the board for the Association of Canadian Publishers, and I have great respect for her, so it was an easy yes when she asked if I had time to chat. I was not prepared for where that conversation went, though! Becoming the publisher at Anansi felt like the opportunity of a lifetime, so I decided to make the leap and tell her that I was interested in the job. And the rest is now history.

You’re currently publisher at Invisible Publishing and previously worked at Coach House Books. What is essential and unique about independent presses in the Canadian literary landscape, in your opinion?

I love Canadian publishing! This industry is so collegial, and my ability to join Anansi as publisher is a testament to that collegiality. We’re privileged to have such a strong Canadian publishing landscape – to have independent, Canadian-owned and operated publishers who do the vital work of recording and sharing Canadian stories – and who also offer Canadian stories in conversation with the wider world. And in addition to nurturing talent and centring Canadian writers, many of us edit, design, and print our books here in Canada, contributing to a whole cultural ecosystem in a way that multinational publishers do not.

As publisher, you’ll be instrumental in shaping the editorial direction of the press. What qualities in a book submission get you most excited right now? What do you look for?

At Invisible we established a “strike zone” for evaluating submissions and their fit for our list. I’m really looking forward to working with the Anansi editorial team to figure out what Anansi’s strike zone is and how to best curate book projects that fit within that framework. I’m a reader first. I love writing that seamlessly blends a distinctive voice and narrative drive, that makes me think about something – anything! – in a new light, and I look for these things widely and across all genres.

Anansi has a storied history in the CanLit landscape. How do you view their identity as a press?

I’m coming to Anansi from a relatively young press; Invisible is a teenager now, whereas Anansi is well-settled. I think Anansi is at its best when it’s publishing exciting literary books grounded in the Canadian experience; the press has built an incredible backlist of classics by investing in projects that may have seemed risky at the time and that are now widely loved/now widely seen as essential contributions to the national canon. Anansi is an independent powerhouse, and that’s where the thrill is for me: to get to build on that list is an incredible privilege.

How do you envision the future of Anansi and its list? What would you most like to see happen over the coming years?

I’m really excited to work with the current editorial team. That’s one of the parts of the job I’m most looking forward to – getting to know them and their tastes, and seeing what kind of magic we can all make together. That said, only time will tell in terms of Anansi’s future direction. I’m excited for the stories that aren’t yet written that we’ll have a hand in bringing to light.

For more information about House of Anansi, including history, submission policies, and more, visit them online.