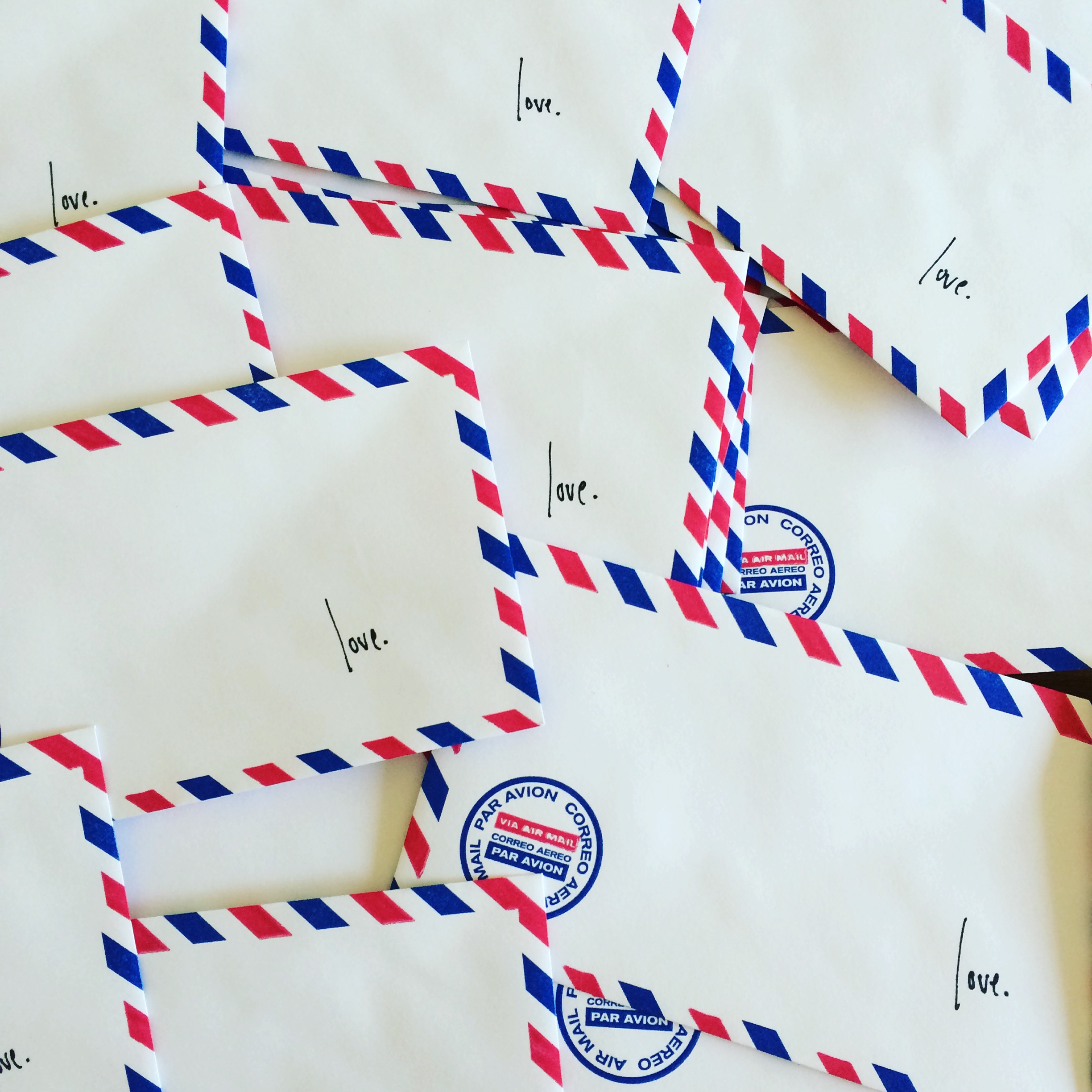 Writing Letters to Amelia took a long time—finding the form, and the voice, and then the plot, it all took years. When it was time to write the letters from Amelia Earhart to her rumoured lover, Gene Vidal, I started by reading the books she’d published. But their tone was so crafted, edited and scripted. It didn’t feel like her. But then I found a collection of letters she wrote her mother. They spanned 36 years, from a thank you note she wrote at four years old until right before her disappearance in 1937. Those letters held her voice, her quirks, her tone, her sense of humour, her frustrations. Those letters unlocked her voice for me and writing letters from her to her rumoured lover, Gene Vidal, was the easiest part of writing my novel.

I have been a letter writer for as long as I can remember. My beloved Nana Ruth and I would write letters to each other all the time, even though we lived in the same city, and saw each other almost every weekend. My first letters to her were scribbles on a folded piece of paper, with my mom’s handwriting transcribing what I said: “Thank you for the shoes. They are good for dancing”. And we never stopped. At least one a week, no matter what apartment I lived in, there’d be a letter from her—a comic that made her laugh, or my horoscope clipped out of the newspaper and stuck to a framed Post-it note. I framed on of her Post-it note letters and it sits on my desk, reminding me of the things she loved about me.

There’s something so deliberate about writing letters—taking time to sit and pen a letter, something we so rarely do these days. It requires a certain focus and dedication that other forms of communication—texts and email—don’t. My mind works differently when I’m writing longhand, my brain processes information differently, the process is slower than when I’m typing, and I’m able to access a different part of my thought process. And ever since, whenever I am struggling with something, or questioning something, I write a letter. It’s my answer to writing in a diary, or a journal, except having a recipient on the other end makes it more engaging for me.

Because there are inherently long stretches between receiving and writing letters, letter writing requires patience, and a different relationship to time than we are used to in our very fast-paced, immediate world. Letters traverse time, and distance in such a physical way, which feels bewildering when pressing “send” is so immediate and quick.  But I think because of this lag time, I am able to untangle things that I can’t otherwise sort out. The time and distance offer a buffer somehow, and knowing I’m not going to be held immediately accountable for my thoughts, or have to respond to a response about what I’ve written for at least days, if not weeks, whatever it is that I’m thinking about and writing about can have a larger range, and I can delve into it more deeply.

And then there’s the receiving of a letter—recognizing the handwriting on the envelope, tearing it open, unfolding the paper—it’s all so tactile and so physically engaging in a way that other forms of communication aren’t. Seeing someone’s handwriting is so immediately intimate, especially these days when most of our correspondence takes place in Arial or Helvetica. I actually gasp every time I come across my Nana’s handwriting, and for a moment, she is still here, still alive, and I can always feel her presence so immediately when I read a letter from her. 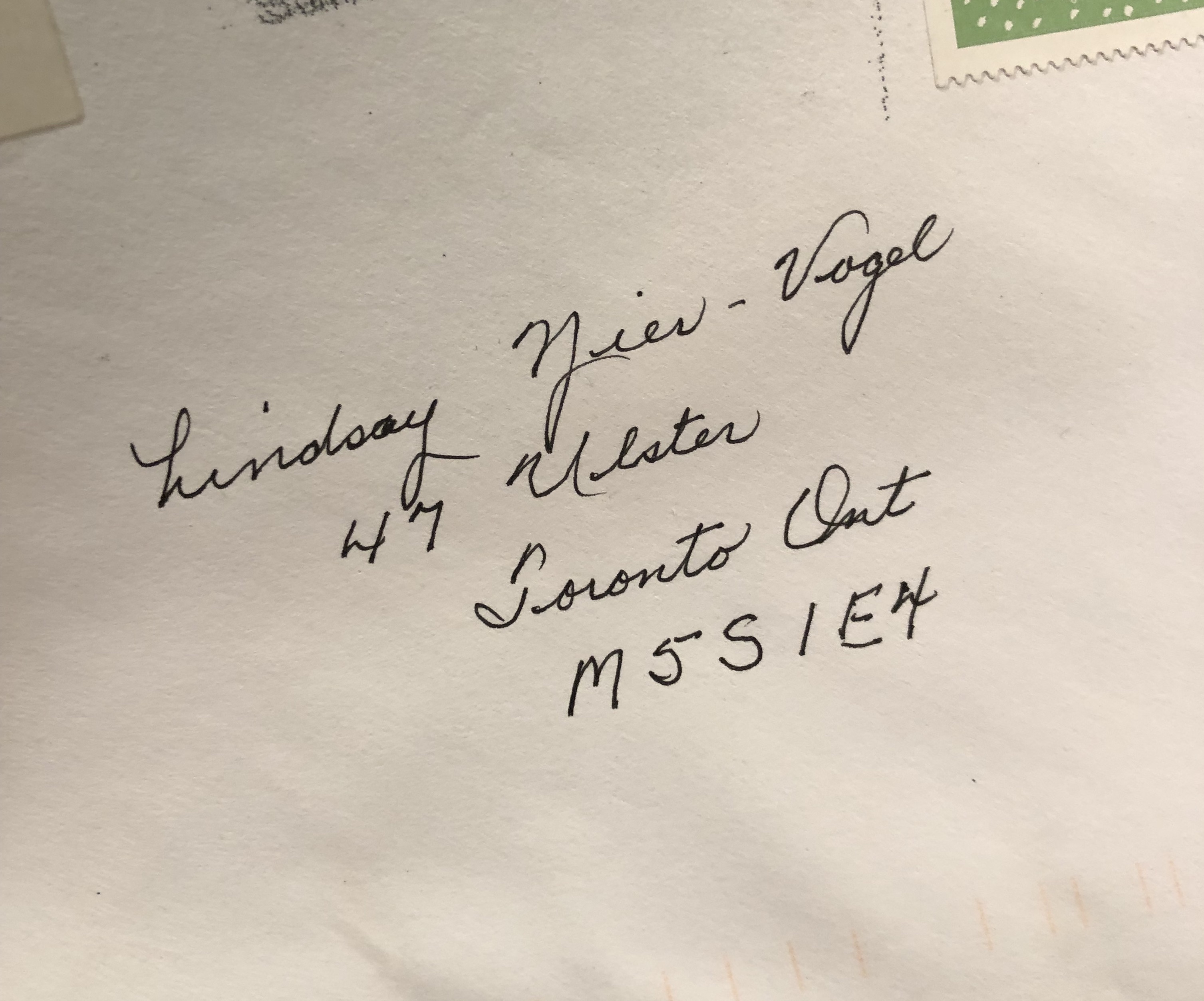 I’m not anti-text messages, or anti-email. I love the immediacy of text messages, the collective hilarity and camaraderie of a group chat. After my book was published, I found an email from my Papa he wrote in response to some early (EARLY!) writing I’d done for “Letters to Amelia”. I sobbed for three hours, missing him, and loving him, and being so buoyed by his encouragement.

It's been a few weeks since I’ve written a letter, though, and I can feel the tangled-up thoughts that need to be sorted out on the page. I miss sitting down with a piece of paper (or six!) and connecting with a far-away friend. I’m going to sit down and write a letter this afternoon—a little time machine that will hold this moment in November.