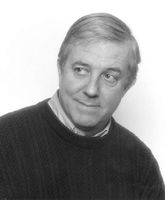 In Mark Frutkin's The Rising Tide (Porcupine's Quill), it's 1769 in Venice and things are getting pretty strange. From a man with a skeleton strapped to his back to a courtesan with odd stigmata marks, it's no wonder the restless citizens find themselves ready to believe the Second Coming of Christ is around the corner.

In the midst of this fervour, publisher and former priest Michele Archenti finds himself at the centre of it all, from corrupt politicians to a trial where Michele is forced to defend his friend, the man with the skeleton, from accusations of heresy -- accusations that put his life in the balance.

Packed with the intrigue, wildness, and complexities of 18th Century Venice, The Rising Tide is a rollicking, lush book full of gorgeous description and memorable characters. We invited Mark to Open Book to tell us about those characters as part of our In Character series. We're excited to welcome him here today, as he tells us more about Michele (and what an actual Devil's Advocate is), how clearly he sees his characters' appearances, and the most memorable characters he's encountered as a reader.

In The Rising Tide, which is set in 1769 in Venice, Italy, there are two main characters of equal importance. The first, Michele Archenti, is a former priest who was once the official Devil’s Advocate for the Church, a canon lawyer whose role was to dig up the dirt on candidates for sainthood.

At the start of The Rising Tide, Michele, who has been on the run for two years from an angry duke in Cremona, enters the bustling city of Venice, meets the generous madam of a bordello, Bianca, who helps him purchase a printing press and start publishing books. Meanwhile his friend, Rodolfo, the other main character, decides to remain on the nearby island of Torcello, build himself a reed hut and live as a hermit. Rodolfo always carries his brother’s skeleton strapped to his back, a punishment inflicted on him by the authorities for murdering his sibling.

Eventually, Michele is asked by Rodolfo to act as his defending advocate in a trial by the Inquisition. Rodolfo has been put on trial for heresy and for inciting the populace of Venice into a frenzied state of apocalyptic fervour. The Venetians believe, on seeing the skeleton, that Rodolfo is the Second Coming of Christ.

The idea for the character Rodolfo came to me from a film about a small circus that toured Eastern Europe. One of the circus clowns had a thin wooden skeleton attached to his back. Every time the clown turned to see who was making the clacking noise behind him as he walked, he would notice the skeleton, would leap in fear and take off running in his futile attempt to escape this image of death. But, of course, the skeleton was attached to him so it always came along for the ride. Interestingly, the idea of connecting the film clown with Rodolfo came to me in the waiting room of a hospital where my mother was fighting for her life after a serious stroke.

Michele plays the straight man to Rodolfo’s bizarre, mystical personality. The trial becomes a platform from which Rodolfo can spout his sometimes inane but often wise insights into the human condition. And, yes, they are both in love with the beautiful, young courtesan, Francesca.

I believe it’s crucial for the writer to give details of character so that the reader can picture the character in their minds. I find that it also feeds my own writing as it allows me to picture the characters clearly as they pass through their world. This is essential for my writing process – I have to see the character’s image in order to determine how they walk into the story and move the plot. Thus, early in the novel, I describe Michele Archenti in this way: "A handsome man yet no longer in his prime, Michele was slipping into his middle years. His hair, still blue-black, was combed straight back from his forehead. His face displayed the proud look of a patrician from ancient Rome, but some hidden quality lurked behind the eyes." And so on.

Also, I describe Rodolfo early on: "Rodolfo’s thin hair, mottled greyish-brown like oak bark, fell straight down from the crown of his head, half over his ears, leaving a line of baldness at the top. His clothes were loose, almost worn through. The broad sleeves of his shirt didn’t quite reach his bird-thin wrists, and his baggy, dirt-coloured trousers were also short in the legs. He carried no fat, or even meat, on his bones, as if time and misfortune had worn him down to the barest essence."

It's interesting that as the story progresses in my writing of it, the characters in my head seem to become more and more embodied, more clearly delineated, as if they were taking life, or walking towards me out of the mist. As this happens, I often return to the early pages of the manuscript and add both physical and psychological details to the characters.

Possible actors to play role of Rodolfo: Steve Buscemi, Adam Driver, Benedict Cumberbatch, or Cate Blanchett (in one of her cross-dressing roles). They all offer the possibility of playing 'weird' along with a deep, mystical intelligence. And they have the thinness of body and face that I think is essential to this role.

Possible actors to play role of Michele Archenti: Leonardo DiCaprio or James Franco. They both can do strong yet vulnerable (and they’re Italian).

Leopold Bloom (Ulysses) desperately searching the alleys and taverns of Dublin for signs of himself; Beckett’s Murphy (Murphy), who worked in a madhouse and, accidentally but appropriately, spilled his friend’s ashes onto the grimy floor of a busy pub; Shakespeare’s Juliet who dared go against her family’s wishes; Ulysses, who never gave up; Hana, the nurse in The English Patient; Don Quixote, Molly Bloom, Martin Guerre, Kafka’s hunger artist, Donna Leon’s Commissario Guido Brunetti, Heather O’Neill’s twins, Dennis Lehane’s Boston PI Patrick Kenzie, and thousands, literally thousands, of others.

Mark Frutkin is the author of over a dozen books of fiction, non-fiction and poetry. His works include the 2016 Trillium Book Award-winning Fabrizio’s Return, which was shortlisted for the Commonwealth Writers’ Prize for Best Book, and Atmospheres Apollinaire, which was shortlisted for the Governor General’s Award, the Trillium and the Ottawa Book Award. He lives in Ottawa.

Venice, 1769. The City of Masks is awash with rumour. A strange man haunts the nearby island of Torcello, a skeleton strapped to his back. A wolf wearing a priest’s cassock is spotted running through the fields. A mysterious courtesan bears signs of a most unusual form of stigmata.